The 93-year-old statesman and anti-apartheid icon Nelson Mandela has been taken to hospital with what officials describe as a “long-standing abdominal complaint”.

It has not been officially announced which hospital he had been taken to, but it is believed to be in Johannesburg.

The Nobel Peace Prize winner is affectionately known in South Africa as Madiba.

He spent 27 years in prison for his actions against the apartheid regime before being released in 1990.

In 1994, he became South Africa’s first black president, stepping down in 1999 after one term. 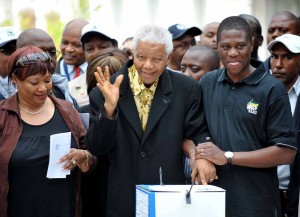