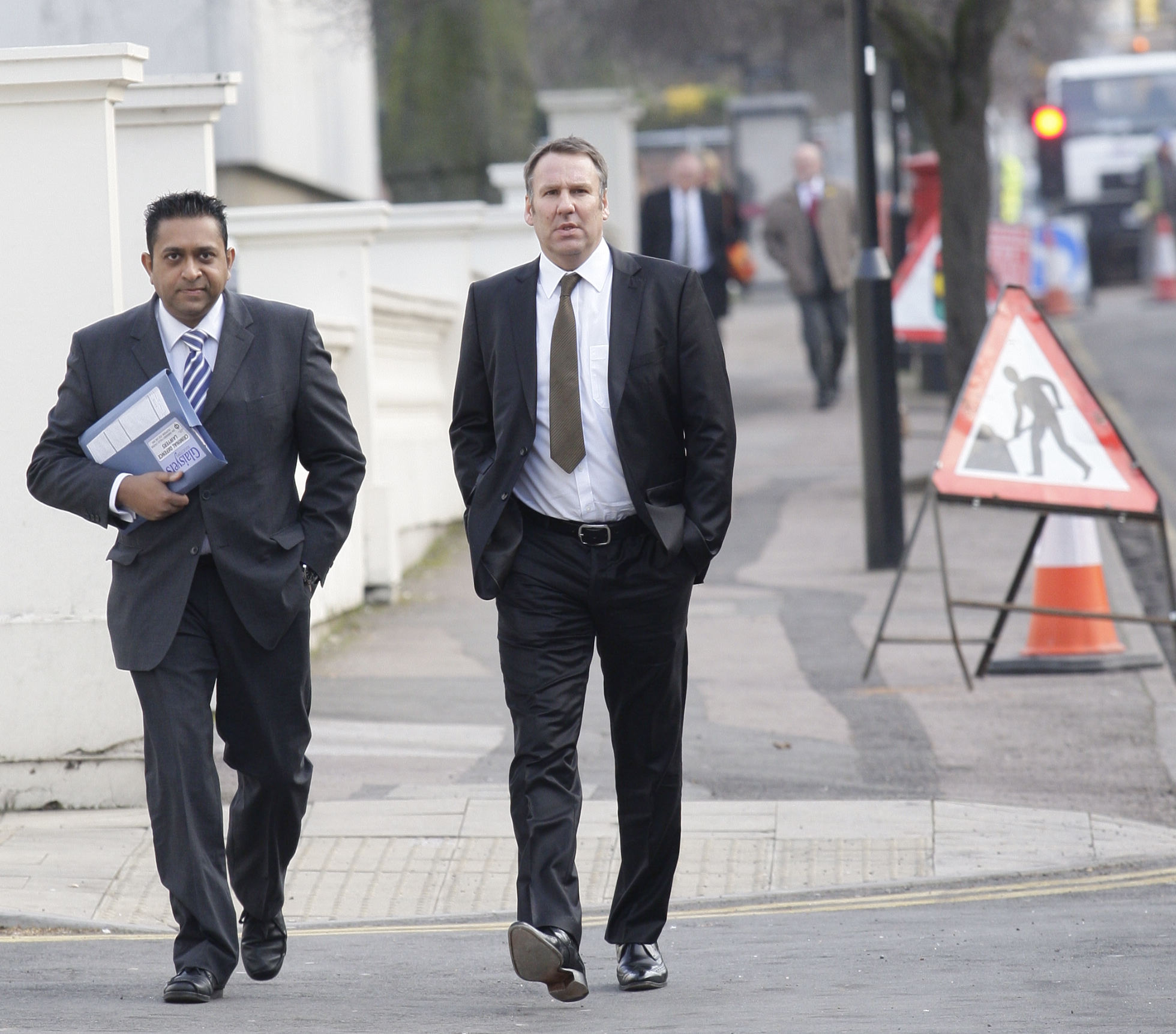 FORMER Premier League ace Paul Merson was banned from driving for 14 months after he pleaded guilty to falling asleep behind the wheel and crashing into the back of an HGV while over the alcohol limit.

A court heard that Merson, 43, fell asleep behind the wheel of his Mercedes before crashing into the back of a 38-tonne HGV in the early hours of October 12 last year.

Leamington Magistrates court was told that Merson was found to have 124 mg of alcohol per 100 mls of blood in his system – one and a half times over the legal limit.

The court heard that police were called to the site of the crash, on the M40 near Warwick, at around 3.15 am.

They found Merson’s black Mercedes ML 350 pulled over on the hard shoulder, with him sporting a head injury.

The court heard that Merson, who had himself called police to the scene of the crash, had been driving back to his home in Sutton Coldfield, Birmingham, from a Children in Need fundraising event in London.

Philippa Cowley, prosecuting, told the court that Merson had immediately admitted to police that he had fallen asleep at the wheel.

She said: “He was very frank with the officers and said that he fell asleep.

“He told them he had been at a charity do for children and had a few drinks.”

Miss Cowley added that the HGV sustained damage to the rear offside light cluster and its underrun bars.

She added that the Sky Sports pundit, who had not been wearing a seatbelt, sustained minor injuries and was taken to Warwick hospital.

After giving a positive roadside breath sample at the scene, Merson also gave a further blood sample two hours later in hospital, where the reading of 125mg was taken.

Miss Cowley said Merson’s poor driving was an ‘aggravating feature’ of the case.

She said: “I would suggest an aggravating feature is the standard of driving.

“The defendant obviously fell asleep when he was driving.”

Mr Steven Masih, defending, said that , who has no previous driving convictions, decided to drive back from the charity bash after he couldn’t get a hotel room.

Mr Masih said: “He decided it might be safe for him to drive home because he didn’t feel particularly drunk.”

Addressing magistrates, Mr Masih said: “He is deeply remorseful and deeply regretful about this.

He added: “Mr Merson accepts he made a grave error.”

Sentencing, magistrates chair Jane Winchester told Merson his co-operation had been taken into account by the court.

She said: “You will be disqualified for 14 months.

“This gives you credit for your early guilty plea and your co-operation with police. ”

Mrs Winchester warned the former England international that he faces jail if he drives a motor vehicle while banned.

Merson was told by magistrates that his ban will be reduced by 14 weeks if he completes a drink driving rehabilitation course before 31 October this year.