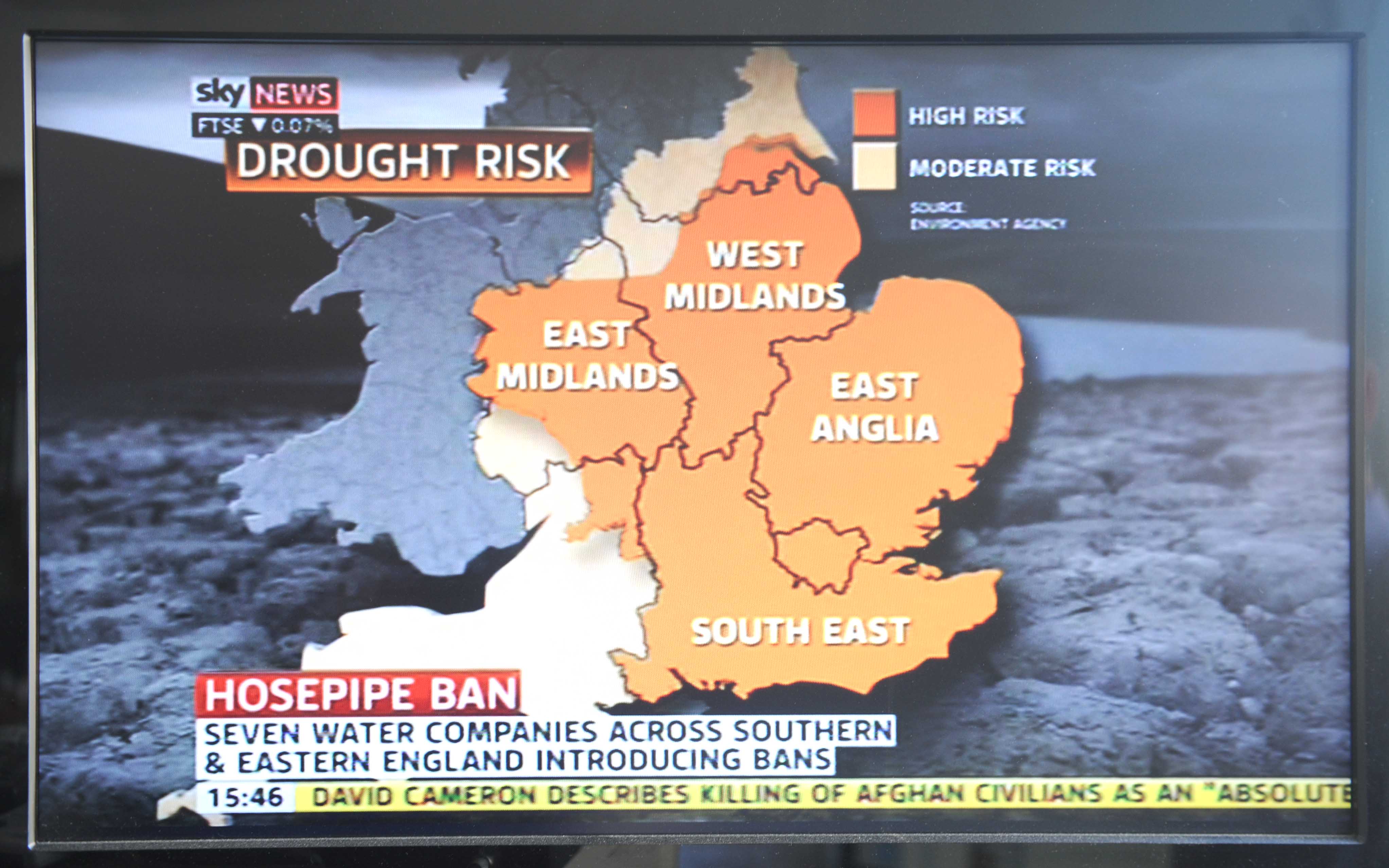 Sky TV bosses were left red-faced on Monday – after getting the East and West Midlands the WRONG way round.

Confused viewers were met with an on-screen graphic showing the south of England and the Midlands – with the East Midlands labelled as the West Midlands.

During a report on the drought risk facing parts the UK, unwitting news readers and pundits passed comment on the blue and orange map.

The dodgy graphic flashed up several times before dozy staff on the news desk noticed the error.

It was almost half an hour after the image was first shown until the mistake was picked up and quietly corrected.

The embarrassing gaffe, which flashed up several times during Monday afternoon’s live broadcasts.

Eagle-eyed viewer Jenny Winters, 23, from Birmingham, couldn’t believe it when she spotted the blunder.

She said: “I thought I was seeing things at first – I didn’t think that a big news organisation like Sky would make such a silly mistake.

“They obviously didn’t listen to the old rhyme in school to help kids remember their compass points.

“My seven-year-old nephew has no problems remembering.

“I know that people down in London think that the North is all one big place but they shouldn’t be making big mistakes like that.”