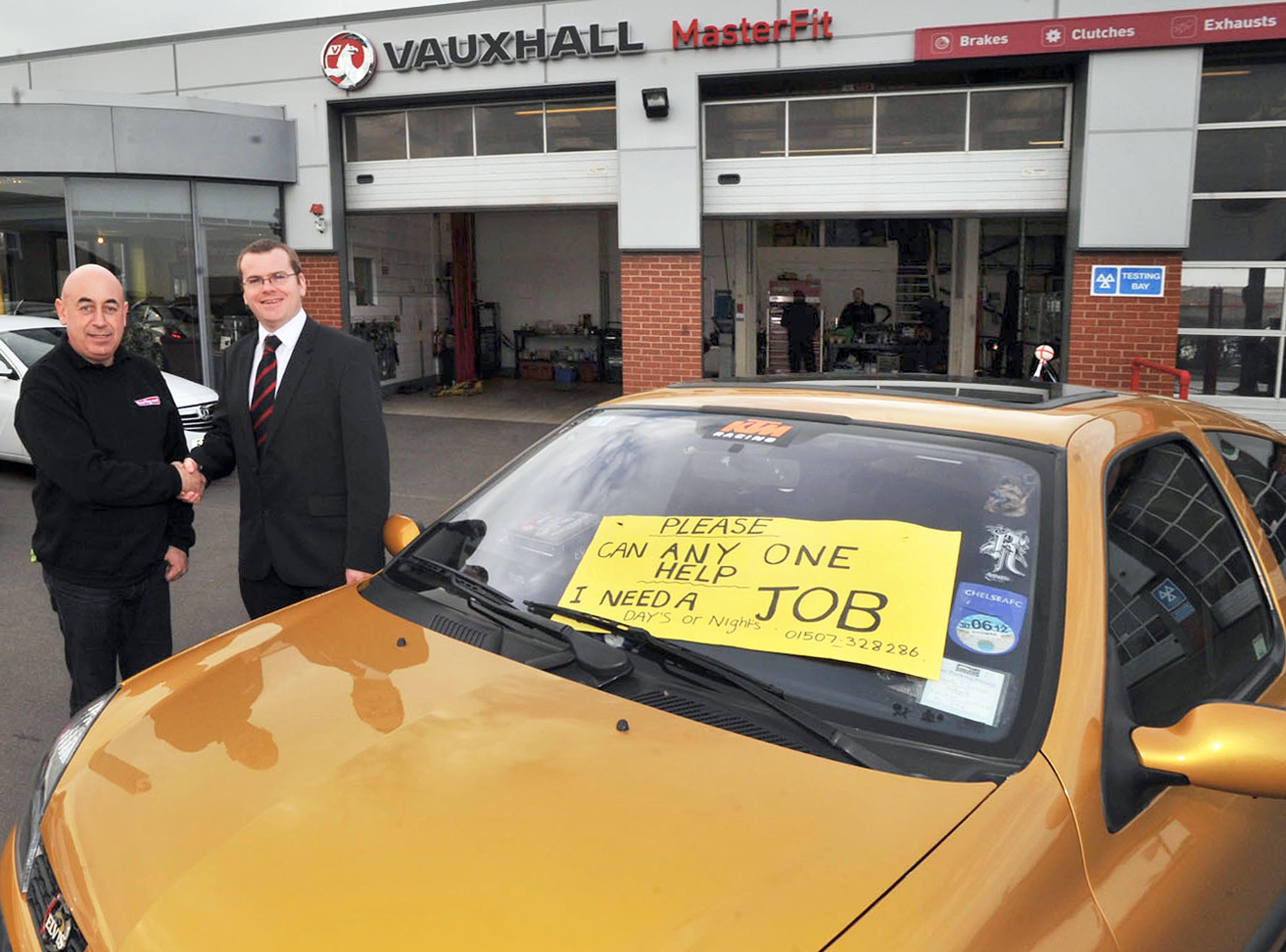 An out-of-work valeter has finally been offered a job after six months on the dole queue – by SITTING in his car with his CV on the windscreen.

Desperate Lee Knowles, 42, wore a suit and sat in his spotless Renault Clio for three days before he was invited for an interview.

He placed a sign which read “Please can anyone help, I need a job” on his windscreen along with a list of his valeting skills.

Determined Lee wore a suit and tie and carried a second copy of his CV on the off chance of being noticed by prospective employers.

Incredibly, after three days Lee was asked to apply for a job at a nearby Vauxhall dealership.

A manager had seen him sitting in the car and after reading his CV she invited him for an interview the same day.

After sailing through the three day selection process, Lee was offered a post of valeter at Thurlby Motors, Lincs.

Lee, from Alvingham, Lincs., said he resorted to drastic action after losing his job last year and was struggling to find work.

He added: “I started to believe that I couldn’t get work, but decided after sending out several CV’s and hearing the usual we’ll be in touch, I came up with the idea of doing something different that would make me stand out.”

Lee Millington, Service Manager for Thurlby Motors said: “Lee really caught our eye, we were impressed by how he had gone to all that trouble and actually had the initiative to try something different to gain employment.”