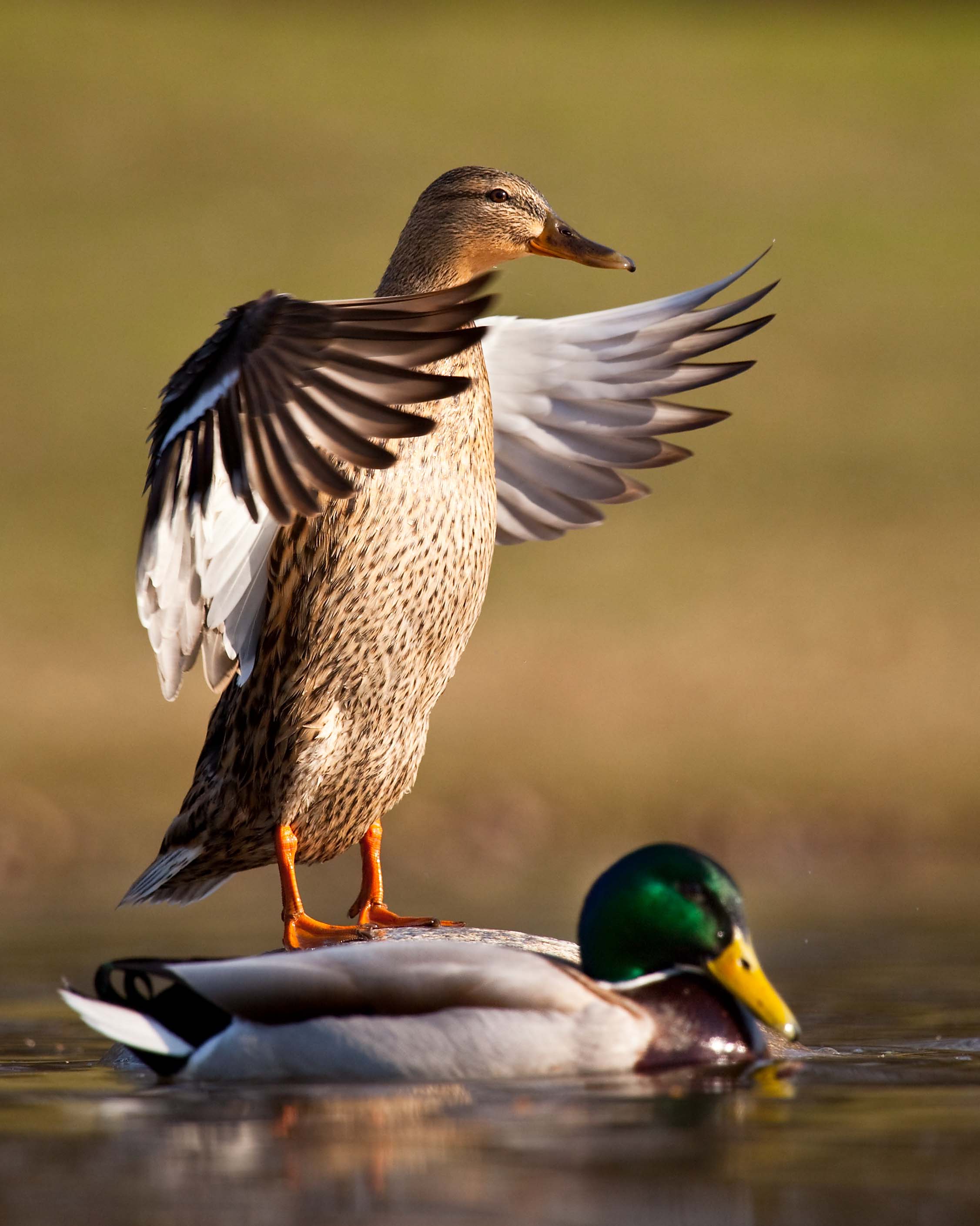 With the wind in her feathers and the sun’s rays gently warming her belly, this duck looks like she doesn’t have a care in the world.

At first glance, the domineering female appears to be riding on the back of her hen-pecked mate.

And the put-upon drake’s feathers don’t look too ruffled, as he carries on swimming unawares.

However, a closer look reveals that all is not as it seems, and that the photo is in fact an  optical illusion.

For the female is actually perched on a rock behind her partner, rearing up on her webbed feet.

Amateur snapper Robert Adamec spotted the unusual scene whilst taking a morning walk near his hometown of Prerov, Czech Republic.

Robert, 48, thought that the female duck was balanced on the drake’s back when he first looked out over the local lake and spotted the pair frolicking in the middle.

It was only when he bagged this amazing close-up shot with his zoom lens and examined it later on that he realised what was going on.

He said: “The duck seems to surf, but it is an optical illusion, she’s actually standing on a stone behind the drake.

“When I was looking at the pictures after my walk I couldn’t believe how much it looks as though the female duck is riding her mate like a surfboard.

“You have to look very closely to see that she’s actually on a rock behind him.

“A lot of people don’t notice and are very surprised when they realise.

“They accuse me of using Photoshop but it’s a genuine image.”

Robert, a head chef who has been photographing wildlife for seven years, said that he has never captured such an amusing image before.

He added: “It is definitely a one-off, in seven years of photographing animals this is the most unusual picture I’ve taken.

“With photography I learn to perceive the beauty of nature, light, and also learn about animal behaviour.

“It is a new experiences for which I am very grateful.”