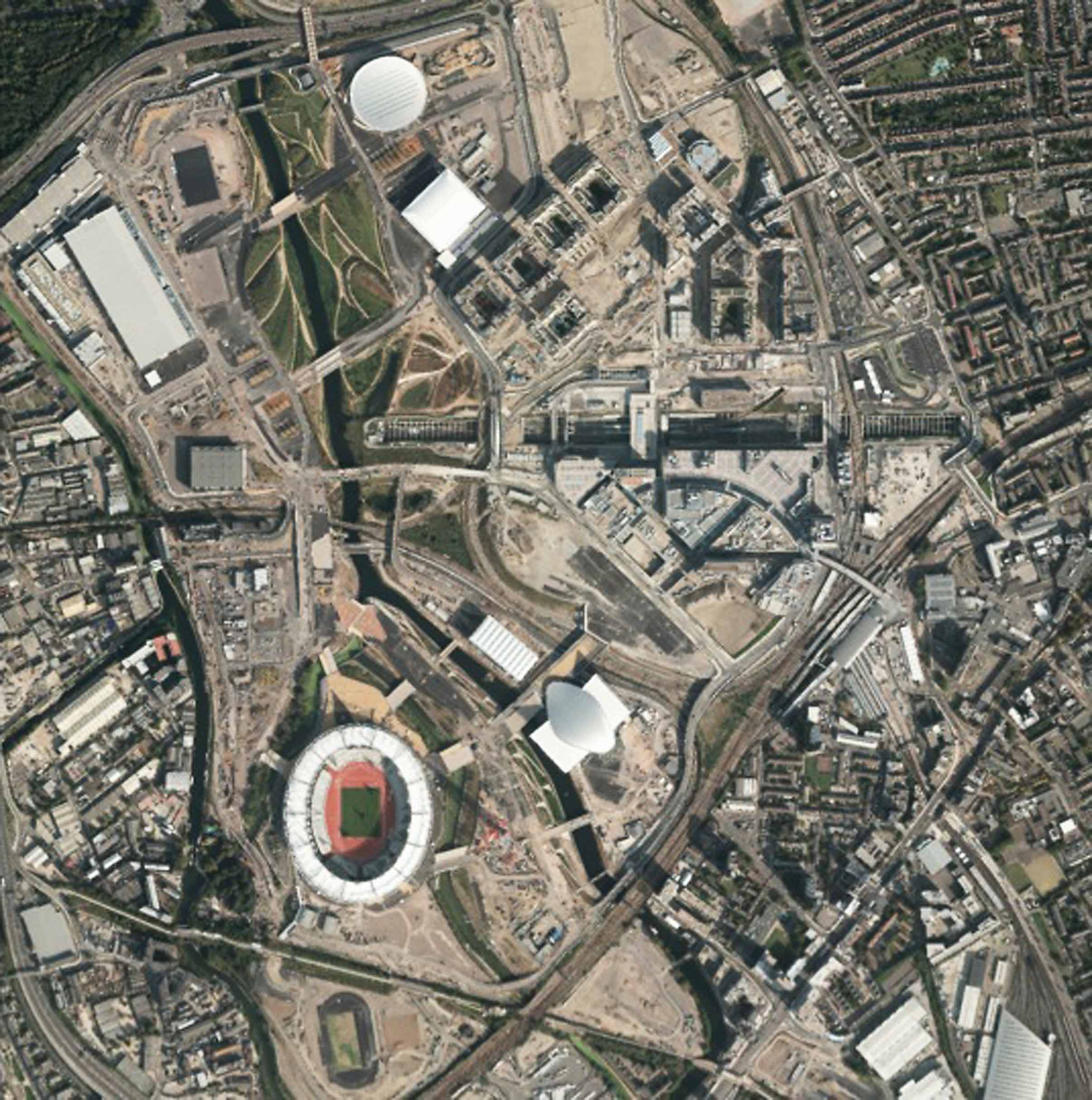 These incredible aerial pictures of London over the last decade reveal the dramatically changing landscape of the capital’s East End since work on the Olympic park began.

The never-before-seen images have painstakingly tracked the transformation of the East London site from barren wasteland to multimillion Olympic stadiums.

Images taken from the Ordnance Survey track the remarkable progress of the Stratford site which will host the London Olympics this summer.

The most recent birds-eye shots reveal the gleaming Olympic stadium, the £105million Velodrome cycling arena, and the London Aquatic Centre.

The first image taken in 2001 shows the grassy wasteland.

The next recorded picture in May 2008 reveals an empty bowl-shaped crater where the #486 million running and athletics track would be built.

Exclusive images taken in the years leading up to this summer’s games show the main stadium evolving from an empty dust bowl to a state-of-the-art athletics arena.

They also show how quickly key venues like the Velodrome and the Aquatics Centre, in which Britain are preparing for Olympic glory, rose from the rubble.

Tony Mabey, a remote sensing manager within Ordnance Survey who was tasked with mapping the Olympic site, said: “We have been flying on a yearly basis and then we have flying more often in the last few years.

“Normally we map places once every three to five years but this is what we call a ‘prestige’ site, like a major public shopping centre of major changes to roads like a motorway.

“In the last six to nine months there’s been a lot of changes. A lot of the major fittings went up quite early on, like the Velodrome and Aquatics centre.

“But they are doing a lot of the roads going in and out now. And the athletes’ accommodation went in there quite recently.

“In the last 12 months there’s been significant change with the main stadium. We have seen the structure being developed, the seats and grass going in and then the track was put down.

“It’s quite high profile so it’s important to get it right. It’s quite a large urban area, there was quite a lot of demolitions taking place early on so it’s a huge volume of change.”

Mapping the site on a regular basis is crucial for what Mr Mabey calls the “planning and preparation” for this summer’s games – which will be  used to mark potential terrorism hot-spots.

Ordnance Survey plan to fly over the site in May and then again at the end of the year to see how the site changes or downscales to fit with the legacy left behind from the Olympics.