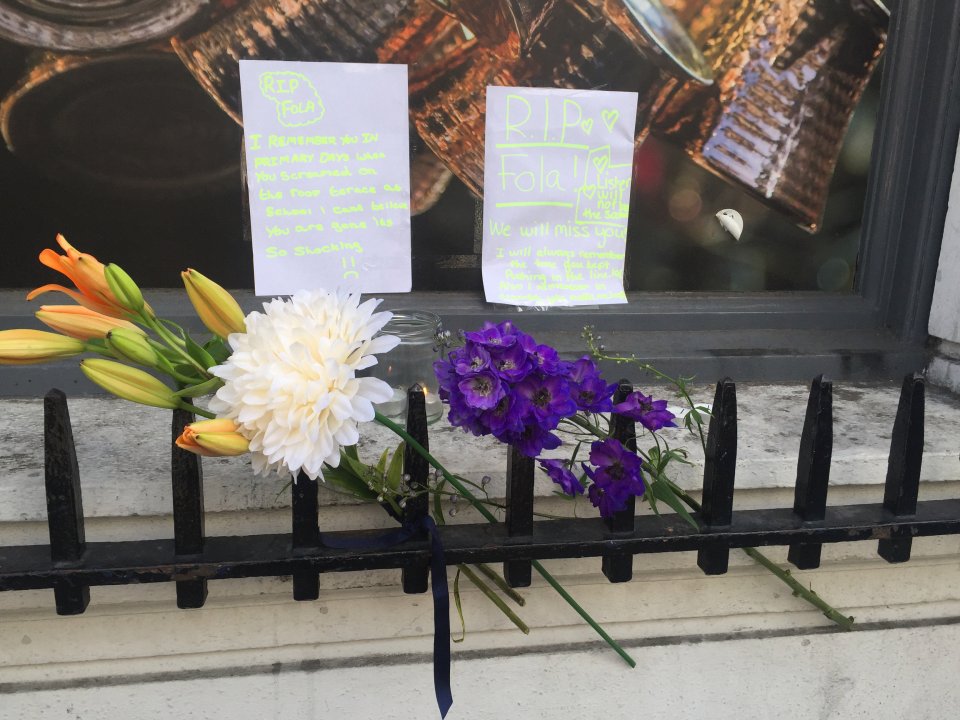 The brother of Britain’s latest teenage stabbing victim wrote a play about the dangers of knife crime just months before his death.

Fola Orebiyi, 17, was fatally stabbed by a gang of young thugs who chased him on bicycles in Notting Hill, west London, on Sunday night.

The A-level student bled to death just yards from a book shop which featured in the film Notting Hill despite the efforts of paramedics to save him.

He said: “We can’t sit back and continue to watch young lives being taken away from us.”

Ola’s Facebook page shows he received a certificate honouring his contribution to a knife crime project in April.

Ola, a drama student, even wrote a play about the dangers of knife crime just months before his brother’s tragic death.

In a moving tribute, Ola said: “Never in my life could I imagine I’d be doing this.

“Never could I think I’d be imagining what your last moments were like; how cold you must have been, how scared you were and I’m sorry.

“I’m sorry I didn’t see you as much as I should have.

“I’m sorry I wasn’t there to protect you, like a big brother should even though you were bigger.”

Ola, who studied at The Academy of Live and Recorded Arts in Wandsworth, south London, spoke of his inability to accept his brother’s death.

He said: “The fact that you’re gone hasn’t dawned on me, it never will.

“I miss you so much and I think I’m going crazy.”

But he completed his tribute with a message of hope.

Ola wrote: “Father knows why it was your time to go home.

“Now we’ll make a change, now we’ll break through the world’s barriers for you.”

Posting on his Facebook page in April, Ola promoted a play he wrote on knife crime.

He said: “Knife Crime has been something I’ve grown up hearing and reading a lot about; it’s too close to home.

“Growing up in South London, there is that unwanted possibility that you’ve known or still know someone who has been stabbed. To say I would love to see a change is an understatement so I ask myself, how can I make a change?

“A few of my friends from drama school and I are putting on a short version of a play titled ‘IN MY SHOES’ written by yours truly as part of an event called ‘STOP’ by World Of Hope.”

Two 16-year-old boys and a 15-year-old arrested on suspicion of Fola’s murder remain in custody.

He was the fourth teenager to be fatally stabbed in London this year.