David Bowie has made a surprise return to the music scene and released a brand new single after a decade of silence. 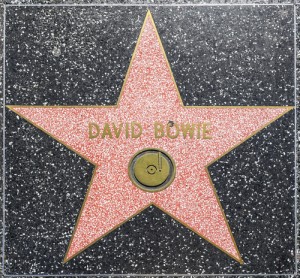 Fans have been waiting 10 years for new material from the English musician and finally, their wish has been granted.

An official statement on Bowie’s website said: “January the 8th is of course David Bowie’s birthday, a timely moment for such a treasure to appear as if out of nowhere.”

The 66-year-old, who is renowned for the hits Space Oddity, Starman and Fame, has published the single Where Are We Now, which is available to buy now. His 30th studio recording and new album, The Next Day, will be released in March 2013.

Where Are We Now?, produced by long-term collaborator Tony Visconti, was written by the glam-rock legend himself and recorded in New York. The power ballad is accompanied with a video directed by Tony Oursler which is reminiscent of the singer’s time in Berlin between 1976 and 1979.

The video shows Bowie watching footage of the car repair shop beneath the apartment he used to live in, alongside stark images of the city at the time. The lyrics constantly raise the question, ‘Where Are We Now?’

Born David Robert Jones, the icon has sold around 140 million albums and has been awarded nine platinum album certifications. He has also had a successful acting career, performing in the Broadway theatre production The Elephant Man, The Hunger and Into The Night.

In 2004, Rolling Stone ranked the star as the 23rd best singer of all time, as well as placing him at 39th on the list of the 100 Greatest Artists of All Time.

Fans nationwide have been praising the exciting news, as the artist has not performed live since 2006 and has rarely been seen in public.

Comedian David Walliams tweeted: “I love that Bowie has kept his mystique. No word from him for years and then out of nowhere this beautiful song appears…

“I wonder whether Bowie will go on ‘Loose Women’ to promote it.”