Malala Yousufzai, the Pakistani schoolgirl shot by the Taliban in response to her women’s rights activism, has been discharged from hospital. 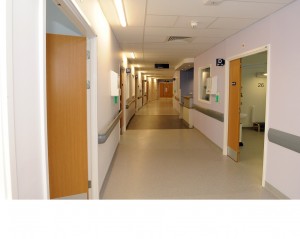 The 15-year-old was released from Queen Elizabeth Hospital in Birmingham (QEHB) on Thursday (January 3rd), although she will still be treated as an outpatient over the coming weeks.

Malala is scheduled to return to the facility within a month to receive cranial reconstructive surgery as part of her ongoing treatment, although doctors say her recovery is proceeding well.

“Following discussions with Malala and her medical team, we decided that she would benefit from being at home with her parents and two brothers,” he said.

Malala was flown into Birmingham to be admitted to hospital after she was shot in the head by Taliban gunmen while on a school bus on October 9th.

She was targeted over her campaigning for girls’ education and the attack sparked international outrage.

Malala, who hails from the Swat District of Pakistan’s Khyber Pakhtunkhwa province, was also involved in bringing Taliban atrocities in the Swat Valley to light had previously kept an online diary for the BBC.

In recent weeks, she has been able to leave the hospital to spend time with her family and assessments by clinical professionals indicate she can carry on her recovery at home.

A number of QEHB’s multi-specialist doctors have been involved in providing care for Malala, including physicians involved in neurosurgery, imaging, trauma and therapies.