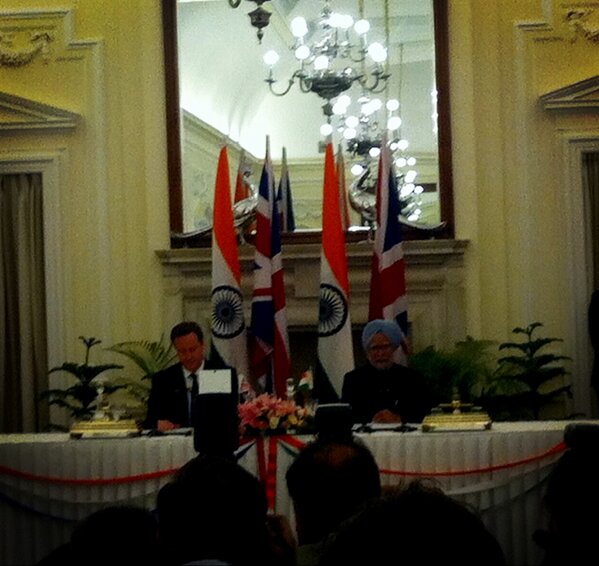 David Cameron is set to announce a partnership between India and Britain on the issue of cybercrime today (February 19th).

In the second day of his trade expedition to India, the prime minister will unveil a raft of measures to bolster cooperation in this area, including police training exchanges and research into digital security.

The partnership would help protect the vast swathes of personal information held in Indian databases and call centres.

Cameron seeks to make the country a “trusted partner” in the digital arena in response to the increasing threat from criminal cybercrime groups and state-sponsored hacking.

He claims Britain has an edge in terms of technological expertise and competitiveness in battling cybercrime and believes it is in the national interest to share this with India.

At a meeting with his Indian counterpart Manmohan Singh, Cameron will announce a joint task force, which will share key information on digital threats.

The prime minister is leading the largest ever trade delegation of its type on a tour of the country this week, with more than 100 British firms taking part in the trip.

India is expected to become the world’s third largest economy by 2050 and the visit’s aim is to strengthen business ties between the two countries.

“As India grows, it needs a partner that can support its ambition – in infrastructure, in energy, in healthcare and more,” Cameron said.

“We have to get out there, make the case for Britain and open doors for British business.”