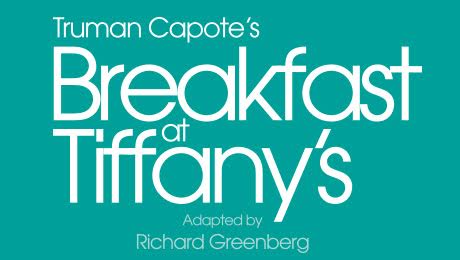 TO STAR AS HOLLY GOLIGHTLY IN

VERITY Rushworth will play the role of Holly Golightly on the UK Tour of Breakfast at Tiffany’s from 2 May to 11 June 2016, appearing at His Majesty’s Aberdeen, Nottingham Theatre Royal, Bath Theatre Royal, Glasgow Theatre Royal, King’s Theatre Edinburgh and Wycombe Swan. She will be sharing the role with Pixie Lott. Truman Capote’s classic novella has been adapted for the stage by Pulitzer Prize-winning Finalist and Tony and Olivier Award-winning playwright Richard Greenberg (Take Me Out, Three Days of Rain), and contains memorable songs from the era as well as original music by Grant Olding (One Man, Two Guvnors).

Verity Rushworth played the role of Donna Windsor in Emmerdale for 11 years, a role for which she won a British Soap Award this year. Her theatre roles include Velma Kelly in Paul Kerryson’s production of Chicago (Leicester Curve), Grace Farrell in Nikolai Foster’s production of Annie (West Yorkshire Playhouse), Maria in Jeremy Sams’s production of The Sound of Music (national tour) and Penny Pingleton in Jack O’Brien’s production of Hairspray (Shaftesbury Theatre, London).

Based on Truman Capote’s beloved masterwork, Breakfast at Tiffany’s is set in New York in 1943. Fred, a young writer from Louisiana, meets Holly Golightly, a charming, vivacious and utterly elusive good-time girl.  Everyone falls in love with Holly – including Fred.  But Fred is poor, and Holly’s other suitors include a playboy millionaire and the future president of Brazil.  As war rages on in Europe, Holly begins to fall in love with Fred – just as her past catches up with her.

Verity Rushworth said, “I am absolutely thrilled to have the opportunity to play the dream role of Holly Golightly in Breakfast at Tiffany’s. I cannot wait to step into the fabulous shoes of such an icon and discover the endless layers to her complicated and fascinating personality – not to mention her wardrobe!”

Breakfast at Tiffany’s will be directed by Nikolai Foster, the Artistic Director of Leicester Curve, with production design by Matthew Wright, lighting design by Ben Cracknell and sound design by Mic Pool.

Breakfast at Tiffany’s will begin performances at the Curve Theatre, Leicester on 3 March 2016, before embarking on a UK & Ireland Tour.  There will be a 12-week season at the Theatre Royal Haymarket in London’s West End from 30 June to 17 September 2016.

Breakfast at Tiffany’s is a co-production between the Curve Theatre, Leicester and Colin Ingram, Peter Kane, William Sinclair and Michael Melnick & Finlay Gray.

Further dates and casting to be announced.