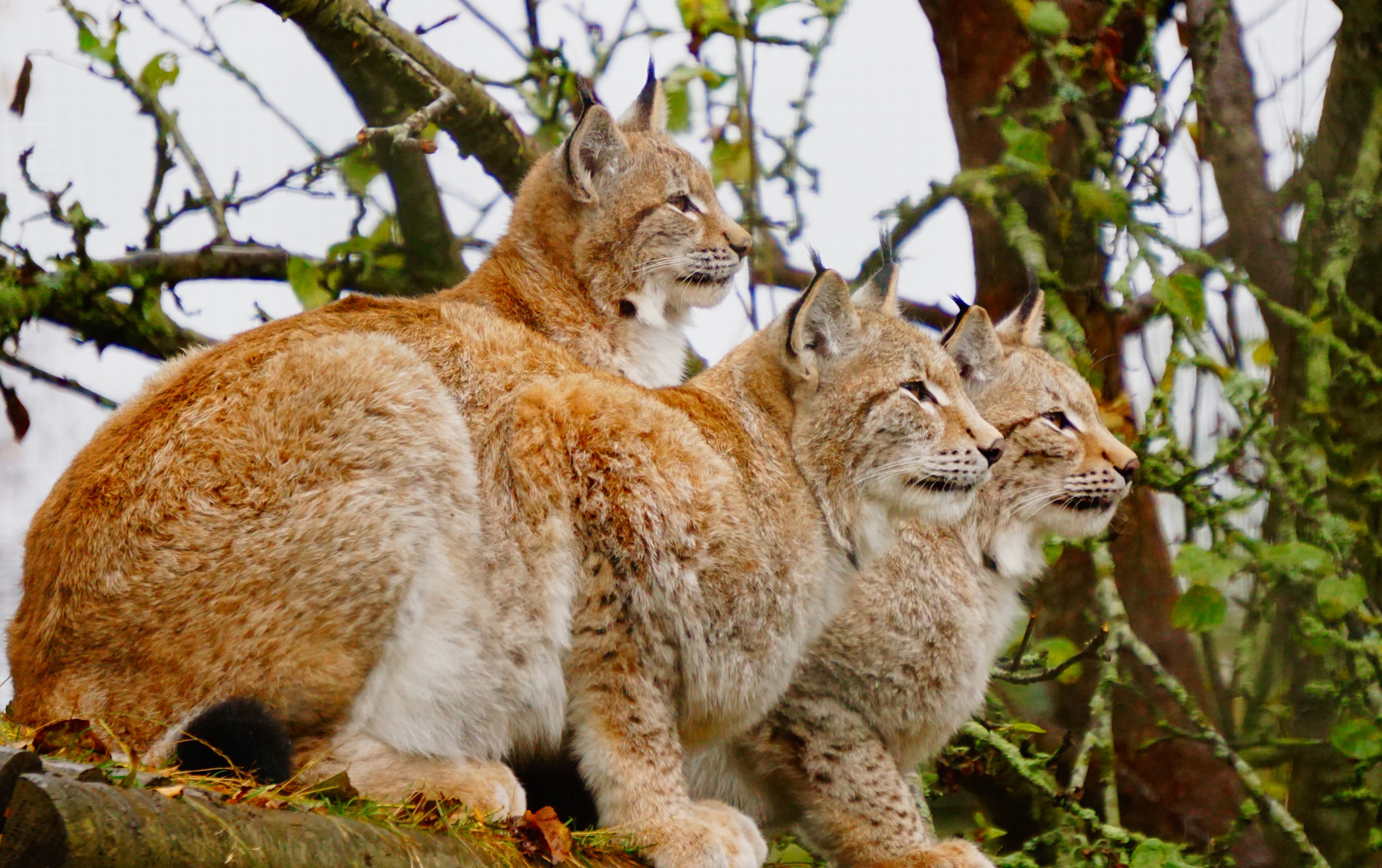 THE adorable trio of lynx cubs born at RZSS Highland Wildlife Park on 25 May have practically trebled in size, growing into three beautiful and mischievous young cats.

The attached photo shows the trio of vigilant lynx cubs huddled together on top of their house on alert, as they have just heard one of the new snow leopards in the nearby enclosure growling away!

The five-month-old cubs always stick together and never venture too far from one another’s company. The keepers at RZSS Highland Wildlife Park have not yet properly sexed the triplets as they refuse to keep still, but they think they might be two boys and one girl. Once the keepers are completely certain of their sexes, the lynx cubs will be named.

“The lynx cubs have grown so much in the last few months, it’s hard to believe how big they have gotten all of a sudden. The cubs still love play fighting with each other, running and tumbling about their enclosure. They’ve been putting on quite a show recently, especially at feeding time, when they routinely play stalk and pounce on sections of meat.”

The trio of lynx cubs were born to female Dimma and male Switch earlier this year and are the fourth consecutive litter of cubs born to the couple since they arrived at the Park in 2012. Lynx cubs will start eating solid food at six to seven weeks of age, but are not fully weaned until they are six months old. Young cubs will normally stay with their mothers until they are around 10 months.

RZSS Highland Wildlife Park’s lynx are part of the European Zoo Association’s coordinated breeding programme and, although overall the species is not endangered, it had become locally extinct in many areas across Europe, resulting in some sub-populations being considered as endangered or even critically endangered. The lynx occurred in the UK until possibly as late as the Middle Ages. Loss of habitat, reduced prey availability and illegal hunting are the biggest threats to wild lynx populations. There have been a number of successful lynx reintroduction projects within Europe, including in Switzerland and France.