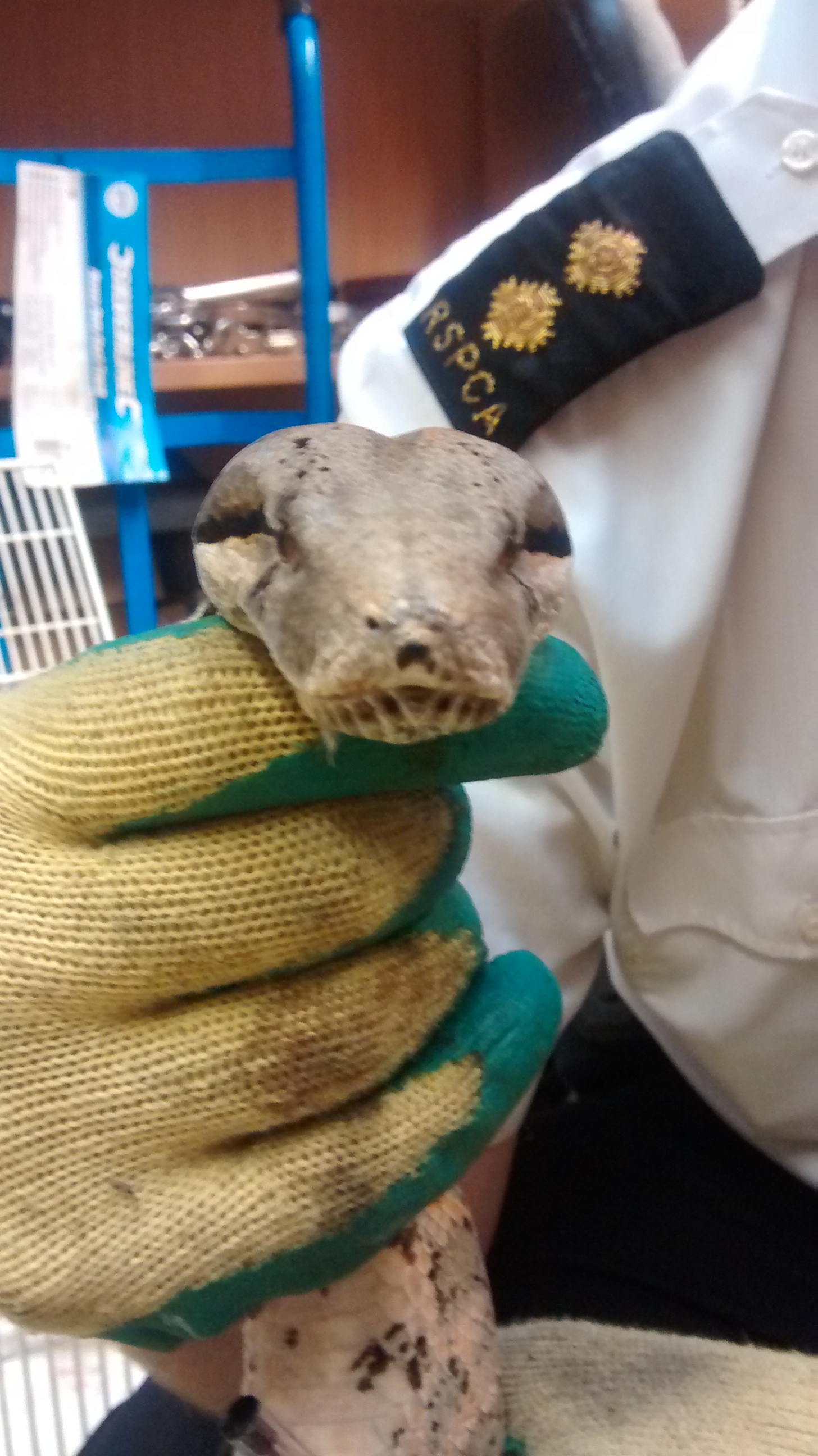 A six-foot long Boa constrictor has been rescued by the RSPCA after it was found abandoned in a London park on Friday afternoon (November 6).

Inspectors were called to assist rangers at Danson Park in Bexleyheath who had found the snake in bushes and confined it in a litter bin until help arrived.

The boa has now been transferred to a RSPCA reptile centre for specialist care.

RSPCA inspector Anthony Pulfer said: “It was lucky this poor Boa constrictor was found because it is far too cold for him to be outside. When I picked him up he was very cold and lethargic.

“At the moment we are just trying to find out where he came from and are asking for anyone who has any information about him to contact us.

“There aren’t many houses in the area so we are concerned that he may have been dumped. If this is the case this is irresponsible as these can be dangerous animals.”

Insp Pulfer added: “We urge anyone with any information about this snake to call us.

“Although this is a large animal and may look hardy snakes are actually completely dependent on their owners to provide them with the correct accommodation, heating, lighting and food, all of which must replicate their wild habitat as closely as possible.

“Without proper care they can suffer from serious diseases such as metabolic bone disease, dehydration, injuries, infections such as parasites, and in severe cases or if left untreated, they can eventually die. Other than being very cold, luckily this boa appeared to be in good health – but had he been left any longer he would’ve certainly died.

“Sadly we are finding more and more reptiles are coming in to our care and the RSPCA is experiencing widespread neglect of exotic animals.  For many people an exotic animal represents too much of a commitment which is manifested in the growing number of exotic animals being abandoned and handed to shelters around the country.

“The main thing we want to stress to people who are thinking about bringing an exotic pet into their family is to research the needs of the animal thoroughly and make sure that you can provide everything that animal needs for it’s entire life.

“Owners have a duty of care under the Animal welfare Act 2006 to provide for an animal’s needs. Dumping any non-native animal not only fails to meet those needs but is illegal under the Wildlife & Countryside Act 1981.”