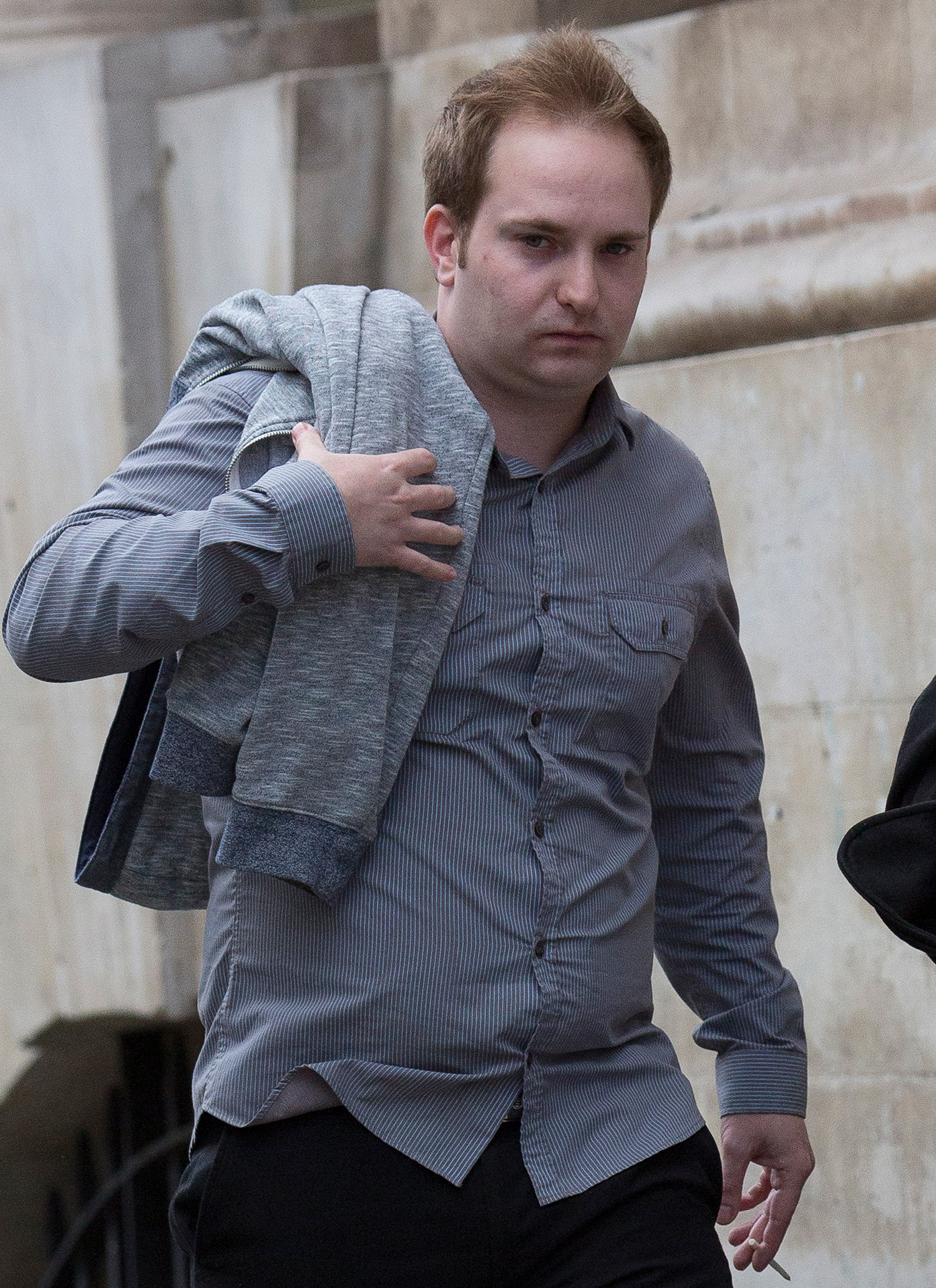 A “controlling” young dad who often got frustrated when his baby son cried at feeding times killed the boy by shaking him so violently he suffered brain damage, a court heard.

Little Jordan Ward was just nine-months-old when he sustained “irreversible” injuries at the hands of his father Stephen Ward, 25, the court heard.

On the day of his death, Jordan’s dad dropped his girlfriend and Jordan’s mum, Paula Watts, to work at around 10.45am before returning home.

Over the next two hours, Ward hoovered, played games on his mobile phone and washed up some dishes – and then shook his baby hard enough to cause fatal injuries, the court heard.

The panicked dad then dialled 999 and begged rescuers to help him save his son, Bristol Crown Court heard.

He told the call handler: “I think his breathing has gone or something. He is breathing very hard and he has lost all movement. Please help me.”

When paramedics arrived at the family home in Forest Green, Nailsworth, Glos., they found Jordan lying on the bed and not breathing having suffered a cardiac arrest.

But even though the little boy was pale, blue and his pupils were dilated, Ward was “jittery and focused on trying to find his phone”, the court heard.

The youngster was rushed to Great Western Hospital in Swindon, Wilts., in an ambulance and Ward followed later in a police car.

Jordan was transferred to the intensive care unit at Bristol Children’s Hospital where doctors battled to save him.

But tragically, the little boy, who was born two months prematurely by emergency C-section the September before, died two days later, in the early hours of June 12, 2014.

He had a bruised head, fresh swelling and a bleed on the brain which indicated he had suffered a “severe and irreversible brain injury”, the court heard.

The court heard that Ward got angry and frustrated when Jordan would cry, particularly at feeding time, because he was unable to calm him down.

Prosecuting, Rosaleen Collins, said initially Ward told paramedics Jordan had choked on milk before later telling police it was food that went down the wrong way.

He later told police he had heard Paula shouting at Jordan and telling him to stop crying, and suggested that she had caused the bruise to his head.

But pathologist Peter Fleming, of the University of Bristol, said he would have immediately shown signs of being hurt – not two hours later.

He added that Jordan had suffered from no natural disease which could have led to his death and concluded that his death must have been caused by a trauma.

Ms Collins said: “The evidence makes it clear that Jordan died as a result of a traumatic injury inflicted by his father.

“Only this defendant knows what happened from around 11am and 1.19pm in the afternoon, when he dialled 999 in a very distressed state.”

“Whether through shame, guilt or he simply can’t admit it to himself or his family, he has never given a full and accurate description of what happened in those two or so hours,” she added.

“I don’t suggest that he had any intention to cause serious injury to his son. He is no doubt devastated by the death of his son but he is the reason why is son died.

“What he did that day resulted in these catastrophic consequences.”

The court heard the relationship between Ward and his then partner, Paula Watts, had begun in early 2013 and they were surprised when she quickly fell pregnant.

On the same day that Paula found out the news, her mother’s partner died and Ward’s father passed away a few days later.

It triggered low mood in the defendant, who became unable to work full time and eventually lost his job, the court heard.

As a result, when Jordan was born, he was often left in the sole care of his dad while Paula went out to work as a waitress at Giraffe restaurant in Cirencester, Glos,.

In the days leading up to Jordan’s death, he was stressed and tired, particularly at feeding times, the court heard.

Ward was sometimes “aggressive” and “controlling” and had, in the past, challenged his girlfriend about whether he was the father of their child, it was heard.

As a result, Paula left with the baby and only agreed to return when Ward sent a message begging her for forgiveness and agreed to go to anger management classes.

He told her: “I’m sorry for everything I’ve done to hurt you and I’m missing you and Jordan. You really don’t know how much I love you.”

He added: “I will never treat you and Jordan like shit again. I just wish it was back to normal and I had you by my side.

“You are my life. I feel so lost without you. Please find it in your heart to forgive me.”

Within a few months of Paula returning with Jordan, the little boy was dead.

Ward, who denies one count of manslaughter, screwed his eyes closed and stared at the ground as the prosecutor read the case against him.