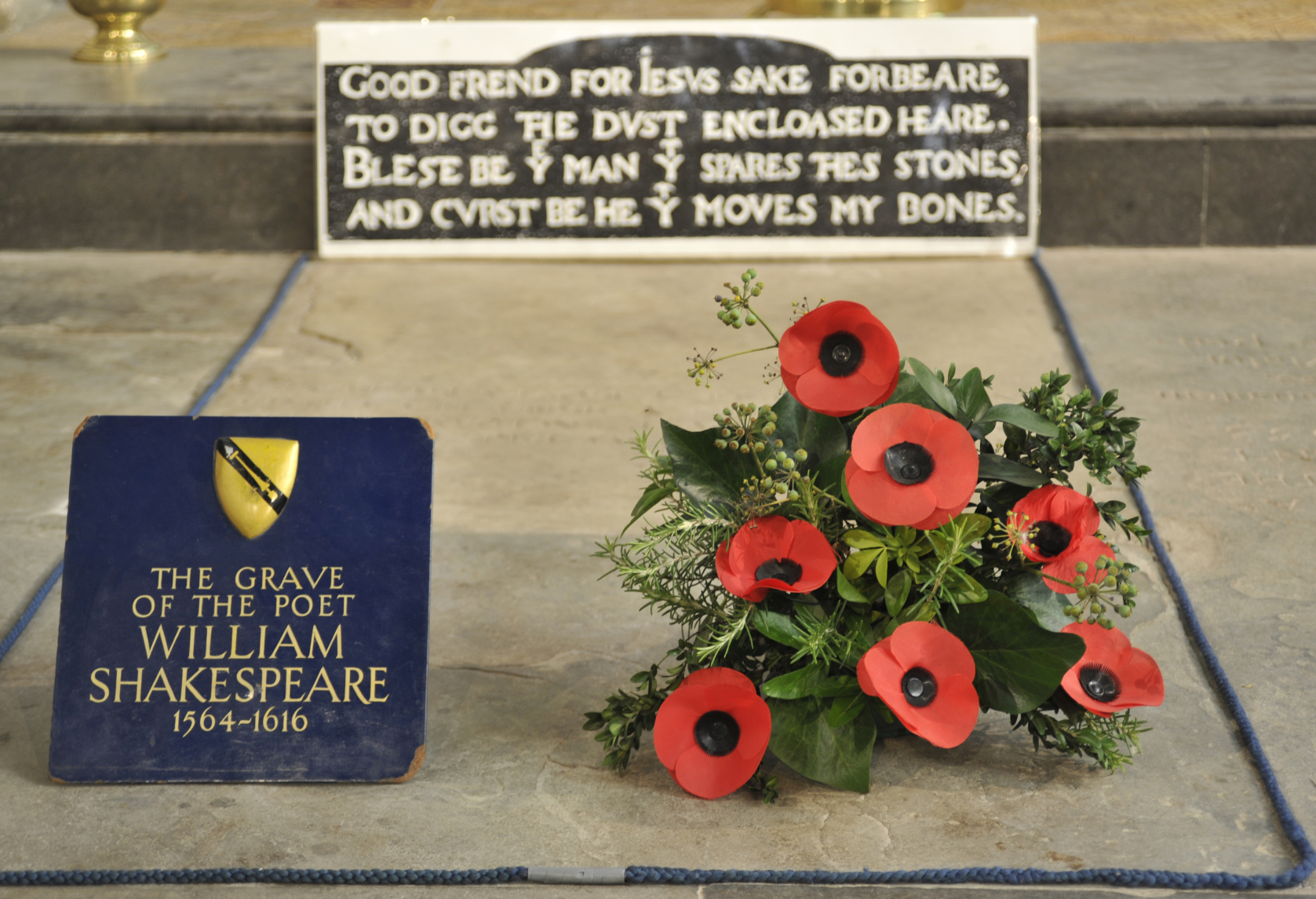 A professor claims to have finally proved that William Shakespeare DID write the curse that appears on his GRAVESTONE.

Expert Philip Schwyzer has been on a long quest to solve the strange curse on the writer’s tomb.

His work has focused on the words on the literary giant’s Stratford Upon Avon grave – which some people believe was written by a church official.

But Schwyzer claims it was in fact the Bard who ordered the words to be on his gravestone before his death.

The inscription on the tomb was thought to be used generally by church wardens as a warning to warn off evil spirits.

But Schwyzer says the writer’s grave words were a warning against officials using his resting place to house another body .

The professor says the rarity of the carving proves it must have been penned by Shakespeare himself.

It read: “Good frend for Iesus sake forbeare. To digg the dvst encloased heare. Bleste be ye man yt spares thes stones. And curst be he yt moves my bones.”

The origin has been debated for centuries, but Mr Schwyzer, of the University of Exeter, claims he has now proven that Shakespeare wrote the unique curse.

He said: “I have been researching Shakespeare’s grave for many years.

“These sort of curses were not conventional and it was very rare for any wording of this kind to be found on gravestones.

“Of the handful that are known, most threaten divine vengeance on vandals or iconoclasts who might be tempted to deface the monument.

“Shakespeare’s inscription, by contrast, threatens to curse a church official, the sexton, who in the ordinary pursuit of his duties might open a grave to make room for another burial.

“In this respect, it is both highly audacious and very probably unique.

“Almost all Shakespeare scholars and editors have been reluctant to ascribe these verses to Shakespeare himself, but this anxiety about exhumation is echoed in many of his plays and I have strong reason to believe these verses are his own.

“Many of his tragedies and histories feature scenes involving exhumation or interference with the bodies of the dead.

“Almost always treated as a matter of horror and disgust, the theme is found in Richard III, Romeo and Juliet, Macbeth, and most famously in the gravedigger scene in Hamlet.

“If he did write these words, should this affect our understanding of Shakespeare as a writer and a man?”

Schwyzer’s public lecture, held at Exeter Cathedral Chapter House on April 21, is being held to mark 400 years since the playwright’s death.

Visitors will also be able to view an early collection of Shakespeare’s plays which is held in Exeter Cathedral Library.

This rare book is known as the ‘second folio’. The engraved portrait of Shakespeare on the title-page of the Exeter copy has been hand-coloured.