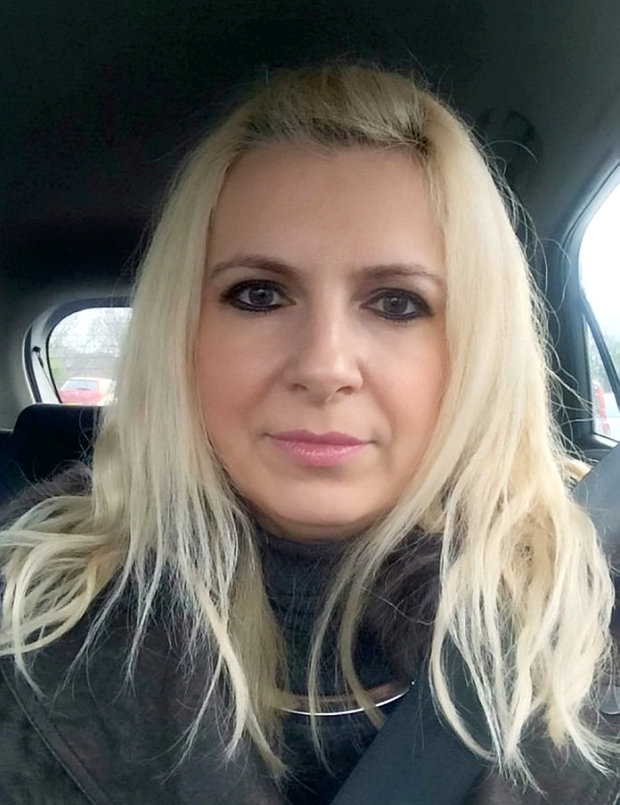 A jilted lover yesterday (Mon) admitted murdering his partner by stabbing her to death in bed after she dumped him.

Evil Cezary Sobiewski (corr), 40, flew into a jealous rage and knifed Barbara Baraniecka (corr), 43, in the neck 13 times after she ended their relationship.

Police believe he had launched the “sustained and brutal attack” after a drinking session when he argued with Ms Baraniecka at 9.30am on November 12 last year.

Her bloodstained body was not found until 2.25pm that day when her daughter Dzesika (corr), 25, came back from work and saw a knife on the landing.

She then found her mother lying dead on her bed but ran out of the house in Tipton,
West Mids., when she saw factory worker Sobiewski sitting silently in the kitchen.

Emergency services rushed to the scene after neighbours dialled 999 but paramedics confirmed Ms Baraniecka had been dead for several hours.

Sobiewski initially denied murder but changed his plea to guilty on the first day of his trial at Wolverhampton Crown Court yesterday (Mon).

Judge John Wait adjourned the case until today (Tue) when Sobiewski will be jailed for life.

After the guilty plea it emerged Barbara had told Sobiewski she planned to end their relationship just a month before she was murdered.

She had also confided in friends she was concerned about his increased alcohol consumption.

Witnesses told detectives Sobiewski was a heavy drinker and would turn angry when he was drunk.

Relatives also told how Sobiewski was a “jealous man” who didn’t like the good relationship Ms Baraniecka had with her daughter or the amount of time she spent on the internet.

Polish-born Sobiewski had moved to Britain from America in 2010 to live with Ms Baraniecka – who leaves behind two daughters, Dzesika and 13-year old Sandra.

In a statement released after the guilty plea, Dzesika said: “My mum was everything to me and my sister.

“We have lost mommy, friend and our world’s guardian. It is so hard to live without her, our whole life is upside down now and we live with sadness day by day.

“We loved her so much and we miss her. We do not see anything positive in our future.”

Detective Inspector Jim Munro, from West Midlands Police, said: “Cezary Sobiewski could not control his drinking or his jealousy and his actions have resulted in the death of a completely innocent woman.

“I very much hope that now this case is over, it will in some small way allow Barbara’s daughters to start rebuilding their lives after the terrible events of November last year.”

“He was unable to accept this decision and he waited until the victim was alone in the house before launching a sustained and brutal attack on her.

“The attack was extremely violent; Ms Baraniecka was stabbed a total of 13 times.

“This was an incident of domestic violence of the highest severity which sadly had tragic consequences for Ms Baraniecka.

“The defendant showed no remorse for his actions and has today pleaded guilty to a truly horrendous crime.

“Our thoughts are today with the family and friends of Ms Baraniecka.”