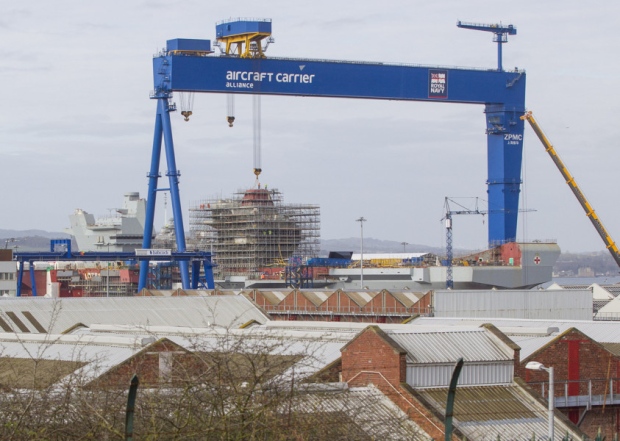 The UK’s largest crane is now up for sale after helping to build two new aircraft carriers.

Standing at 68 metres, the Goliath crane has dominated the skyline of Fife since it arrived in Rosyth five years ago.

It was brought to the UK from Shanghai, China, in order to build the Royal Navy’s new aircraft carriers HMS Queen Elizabeth and HMS Prince of Wales.

It was so big that it only passed under the Forth Bridge with two metres to spare while being delivered to the shipyard.

It also has the capacity to lift a weight of 1,000 tonnes.

The Aircraft Carrier Alliance (ACA) confirmed that the process to sell the crane is now underway.

Two sponsons – large sections of the carrier – have yet to be fitted to the HMS Prince of Wales.

The ACA hope to have completed the sale in time for this process being carried out later this year.