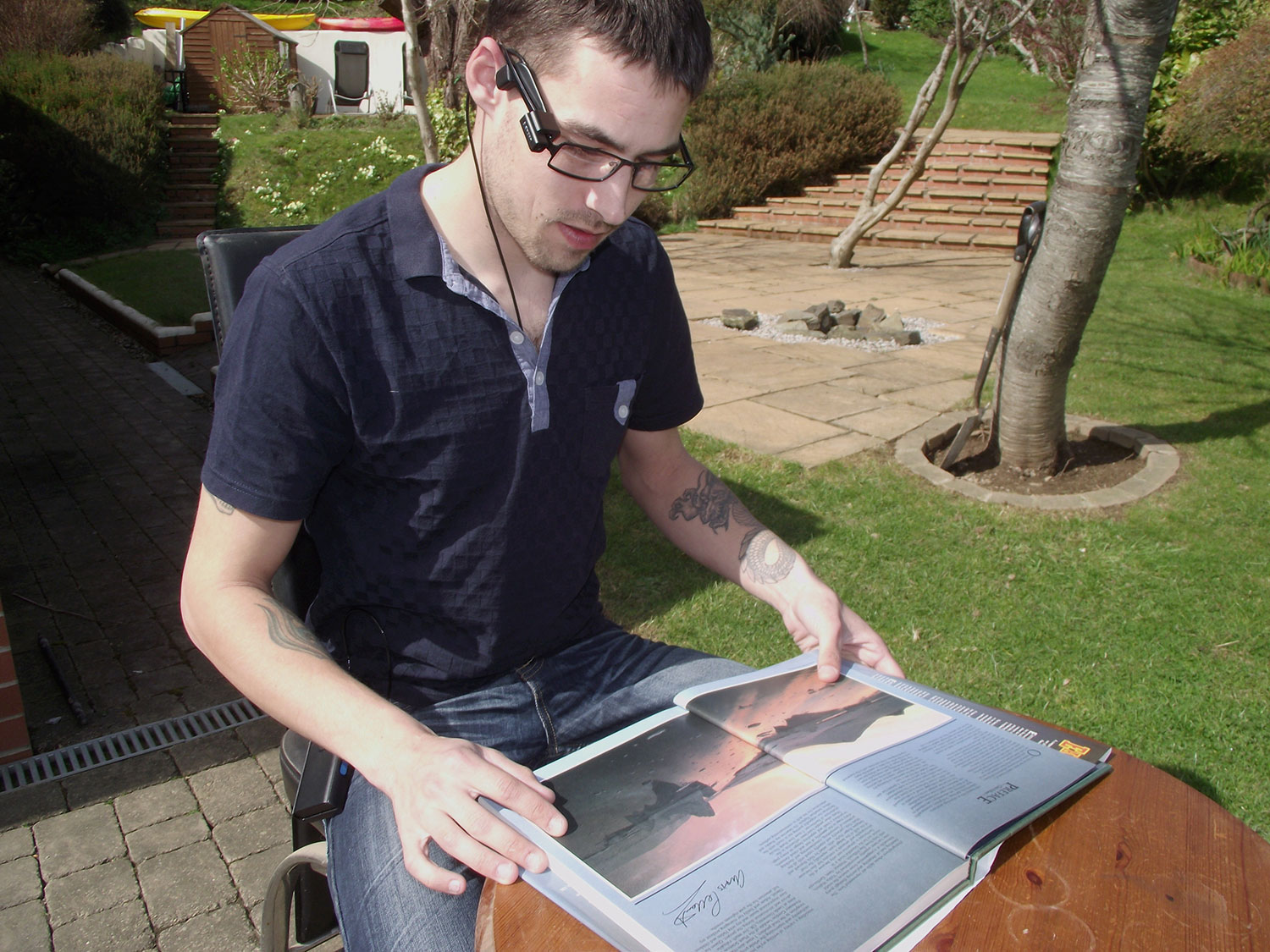 A blind man is ‘reading’ for the first time in 20 years thanks to a pair of hi-tech glasses that DICTATE text for him – and even recognise FACES.

Luke Hines, 27, was left blind in one eye and with only three per cent vision in the other after an operation to remove a childhood brain tumour in 1997.

He was unable to attend school and has not found work because of his condition and has spent years feeling isolated.

But he has become one of the first people in Britain to trial a pair of new state-of-the-art spectacles and says his life has been transformed.

Luke has been fitted with an OrCam, a glasses-mounted camera that will read text, describe objects, and identify faces for the blind.

It works by harnessing the power of artificial vision to assist people who are visually impaired and is aimed at giving them more independence.

Luke is trialling the new device has been hailed as revolutionary for millions of visually impaired people across the world.

The tiny wearable computer uses audio feedback to relay visual information that they can not see, enabling them to take on new tasks they were unable to perform alone before.

A miniature camera fitted to the frame takes photos of text or signs and uses artificial vision software to read back to him through an ear piece.

The spectacles can also recognise people’s faces and identify those that have been previously stored.

Luke started trialling the glasses a few weeks ago but has already described them as “life changing”.

He said: “Something as simple as going to Tesco I used to hate doing because I would just go, get the same things every time and get out of there.

“Now I can spend hours up there just trying to read everything. It’s really nice being able to do it without having to rely on someone else.”

Luke, from Ilfracombe, Devon, was fitted with the Orcam glasses as he grew increasingly despairing of his handicap.

Daily life was difficult for him and everyday tasks were a struggle and his family contacted the manufacturers who agreed to lend him a pair for a trial period.

Luke said: “I have mapped out in my mind all of Ilfracombe and most of Barnstaple, so if people saw me they wouldn’t necessarily know I was blind.

“But if post ever came through I would just push it to the side because there was no way I could read it.”

The glasses are fitted with a smart camera which recognizes text, products and faces, and speaks to the wearer through a mini earpiece.

With the ability to read books for the first time, Luke is now also hoping to attend college – something which he said he would never have imagined doing so just weeks ago.

He is also looking at securing his first job – potentially in the world of gardening.

His mother Jane Hinen said: “It’s just such a delight because if it can give Luke a quality of life that we have got and he if can go to college – it would just be overwhelming.”