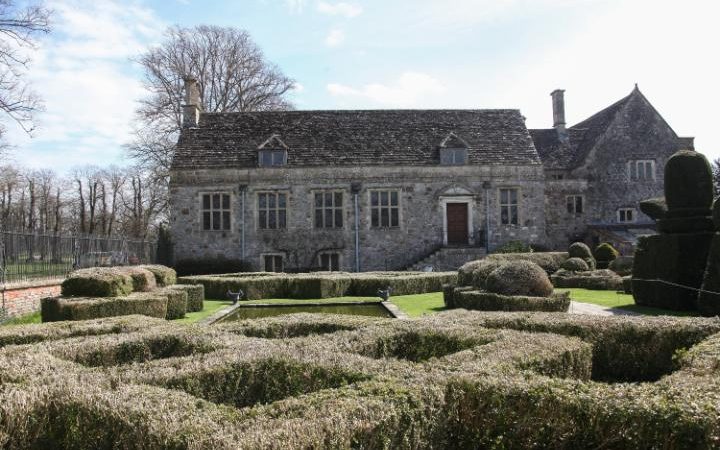 An historic National Trust manor house is being forced to rip up its entire ornamental garden – after the hedges were ravaged by the modern disease ‘box blight’.

Each of the ‘rooms’, filled with walks, colourful flowers and rose gardens, is separated by a neatly-manicured row of box hedges, which have been there for centuries.

An entire garden – the Monks Garden – is even dedicated to the iconic shrubs, which are routinely clipped to have straight sides and tops.

But the centuries old tradition of neat hedges at Avebury could now come to an abrupt end – because a fungal disease is causing the leaves to turn brown and fall off.

Suspicions were confirmed last autumn that Box Blight, which kills and disfigures topiary plants in the genus Buxus, was affecting the Avebury gardens.

Ever since, gardeners and National Trust staff at the manor house near Marlborough, Wilts., have battled desperately to prevent the disease from spreading with no success.

Now, as a last resort, they have resorted to completely stripping and renovating the ruined Monks Garden.

In other areas, the team is having to spread colour around to distract from the less densely leafed hedges, which are now sporting ugly bare patches.

Avebury Manor’s head gardener, Simon Brooks, has been tasked with overseeing the six-year programme to replace every single hedge on-site.

He said the Avebury grounds have gone through many stages in their 500-year history and said they are treating the death of the box hedges as “just another phase”.

“This is very sad news because it means that we will have to, eventually, replace most of the box in the garden,” he said.

“One of the first things we have done is remove and burn the box from the Monks Garden.

“We’ve put in new timber edges to the paths and are replanting the garden with a colourful annual and ornamental vegetable display.”

He added: “The garden may look a little battered in some areas at the moment, but it will recover in time – it’s yet another chapter in the story of this special place.”

Avebury Manor was featured on BBC TV series The Manor Reborn, which showed how each part of the property was re-decorated to reflect different periods in history.

Visitors to the house are invited to touch, sit and explore each of the sections – Tudor, Queen Anne, Georgian, Victorian and 20th century.

The gardens were recently enjoyed by marmalade magnate and gentleman archaeologist Alexander Kellier, who lived at Avebury Manor in the early 1900s.

He picked the peaceful, rural spot so he could excavate, investigate and restore the Neolithic stone circle that surrounds the village.

Other Avebury occupants over the years include Sir William Sharington, who was High Sheriff of Wiltshire in the 16th century and William Dunch, a wealthy politician.