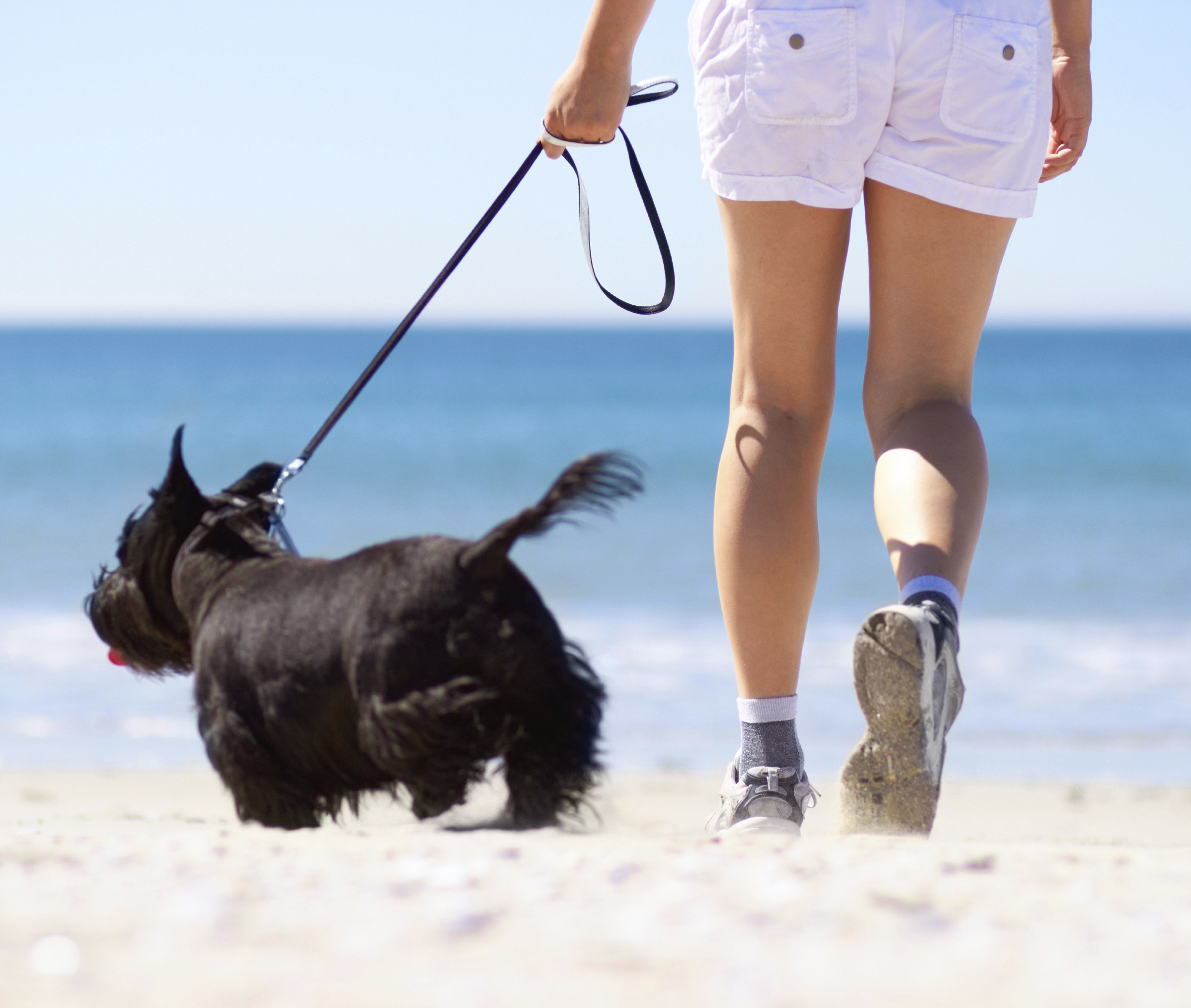 This incredible video shows the moment a missing dog, rescued on the brink of death, was reunited with its loving owner.

Ty, a Staffordshire terrier cross shar-pei, went missing while his owner Leanne Connelly took him out for a walk just after Christmas last year.

Mother-of-three Leanne, 29, spent weeks looking for the Ty, 12, but sadly to no avail.

During this period his period the freezing temperatures and lack of food caused him weight to plummet to 13.5 kilogrammes, 60 per cent of what it should be.

He was found curled up, emaciated and lifeless on a doorstep of a shop in Tulse Hill, London, by a concerned passerby who called Blue Cross Victoria animal hospital.

Its vets and nurses fought to save Ty, who managed to pull through despite it being critically ill for several days.

The dog was finally reunited with Leanne last week after one of her friends spotted a poster put up by its finder in south London which described him.

“We were searching for hours trying to find him, and we just couldn’t find him, poor thing. We missed him so much.

“I couldn’t sleep because I was wondering where he was and what had happened to him.”

Mark Bossley, chief veterinary surgeon at Blue Cross, explained that a dog of Ty’s age can quickly lose body mass after three weeks on the streets without a proper diet.

He said: “Ty’s an older dog with some underlying medical conditions and his body condition rapidly went downhill during his time wandering the streets in the freezing weather.

“He’s very lucky to be alive as he was in such a bad way when he came in.”

When Ty arrived at the charity’s London hospital, he was put on a drip and settled on to a warm bed in a cosy kennel, where he was monitored closely for 24 hours a day.

He was also given a heat pad – like a doggy hot water bottle – and lots of blankets to make sure his shrunken and wasted body would keep warm.

Mark added: “We were shocked by Ty’s condition. He was severely emaciated and wouldn’t have survived much longer had he not been found.

“We wanted to investigate why he was so underweight. We ran blood tests which were clear but we found that he had a very bloated stomach so we did an exploratory laparotomy (an examination of his abdominal organs).

“There was a large congealed ball of unsuitable food sitting in Ty’s stomach- he must have been so hungry that he just ate whatever he could find to stay alive and over-engorged himself.”

Because Ty wasn’t microchipped or wearing a collar and tag, Blue Cross was unable to trace Leanne or get in touch with her to let her know that her beloved pet was safe in their care.

Stray dogs are the legal responsibility of the local authority dog warden and are usually taken to council kennels to wait to be reunited with their owners.

But due to Ty’s poor health, the dog warden agreed the best place for him was in the care of Blue Cross.

On a strict, little and often diet, and with the medication he needed, Ty grew stronger and was eventually well enough to go a Blue Cross rehoming centre.

Meanwhile, Leanne and her family continued to search for their vanished pet. By now he had been missing for over a month and the family began to believe they would never see Ty again.

But amazingly, Leanne’s friend spotted a poster in the area of south London close to where Ty was last seen that seemed to describe their missing pet.

He got in touch with the finder, who told him she had taken a lifeless Ty to Blue Cross for help.

Leanne immediately phoned the charity, hoping for good news and to be reunited with Ty.

Last week, Ty was finally reunited with his family after they had been apart for over three months.

Leanne said: “I’ve had him since he was three, since my eldest was six months old and she’s now nine years old.

“My children will be so pleased to have him back. They’re going to go nuts as soon as they see him. It’s been all my youngest has been talking about is her Ty, Ty.

“I can’t thank Blue Cross enough for everything they’ve done for him.”

Ty is now microchipped so if he ever runs off again, he can be brought straight back to his family in no time.

Westley Pearson, spokesman for pet insurance firm Animal Friends, said: “”Many people assume that, being distantly descended from wolves, dogs would fare well for themselves in the wild but the reality is quite different.

“Dogs rely on humans for survival, and Ty’s story is a stark reminder of just how much our pets need us. Hopefully, with mandatory microchipping now in force for dogs over eight weeks old, dogs like Ty will find their families that little bit faster.”