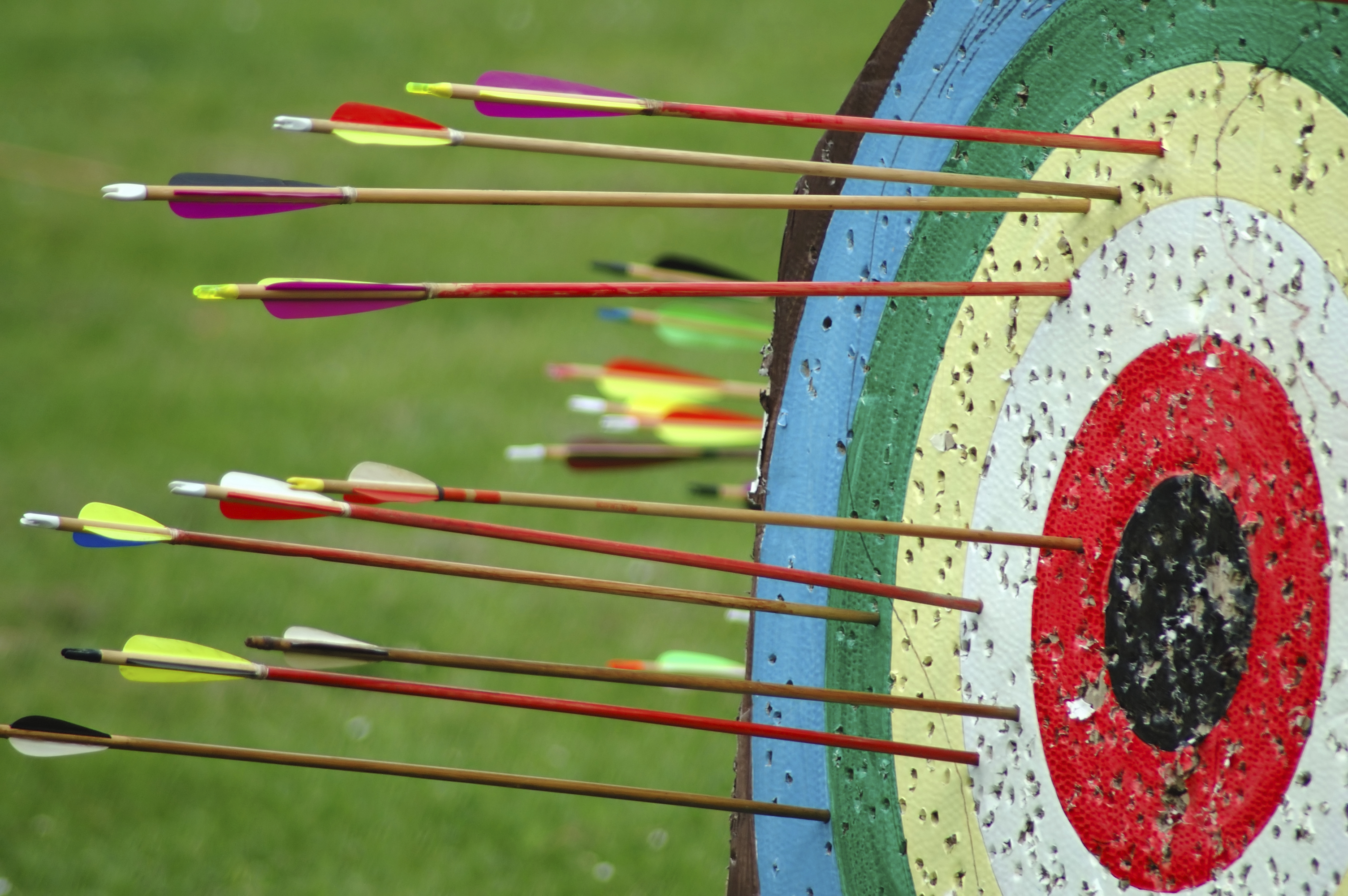 A pensioner had a lucky escape when her conservatory window was shattered by – a 2ft- long ARROW.

Anita Griffiths, 73, was sitting in her front room when she heard a loud bang and thought something had fallen into the garden.

Her son Les Bayliss, 40, went outside to investigate and was stunned when he discovered the giant arrow lying on the path.

The pair also found an upper pane in the triple-glazed conservatory window had been shattered and there was a hole where the arrow had struck.

Yesterday (Thur), Les, who lives with Anita in St John’s, Worcester, said his mother had a lucky escape.

The engineering company fitter added: “I was just letting the dog out when I saw something lying on the path.

“At first I thought it was one of the sticks that Mum uses in the garden but when I picked it up I realised it was an arrow.

“The arrow broke through the first pane of the triple-glazed window and then must have bounced back into the garden.

“She’s 73 and not in the best of health and it could have hurt her bouncing back off the conservatory.

“Someone must have been shooting at a bird or something and it just went further than they wanted it to.

“I hope that if they see this their conscience will lead them to apologise and offer to pay for the repair to the conservatory.”

The 2ft-long arrow is made by Easton, a leading manufacturer, whose products are used by top class competitive archers around the world.

On their website, the company boasts how archers using their arrows won the “vast majority” of world titles contested at the Archery World Championships in Copenhagen last August.

Labour councillor Richard Udall, who represents the St John’s ward on Worcester City Council, is now calling for anyone with information to come forward.

He said: “It’s unprecedented. I’ve never heard of anything like this happening in St Johns before and we certainly don’t want it happening again.

“It’s terrifying to think of arrows flying into people’s gardens like that and we can only hope it was an accident.

“If anyone knows about it, I would urge them to call the police.”

A spokesperson for West Mercia Police confirmed officers were investigating the incident.