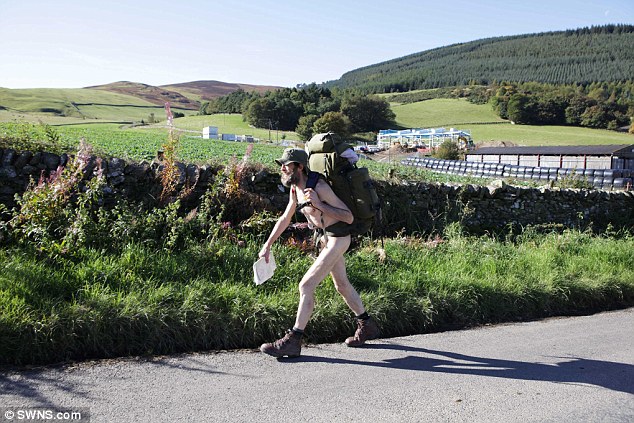 Britain’s infamous ‘Naked Rambler’ has quit his nude crusade after more than a decade – so he can take his sick mum for walks.

Stephen Gough, 57, has spent much of the last decade behind bars over his refusal to wear clothes after he first took to wandering naked in 2003.

But he is putting aside his staunch belief in trekking with his kit off so he can take care of his dementia-suffering mother Nora, 89, and take her for strolls without being arrested.

In 2003, he hiked from Land’s End to John O’Groats wearing nothing but his rucksack, hat and boots.

He was locked up several times as he attempted a repeat trip two years later with then girlfriend Melanie Roberts.

The ex-marine revealed that his mother had also suffered a stroke.

Stephen from Eastleigh, Hants, said: “At the moment what’s appropriate is looking after my mum – she needs 24-hour care.

“If she wants to go for a wander, I’ll get dressed and go with her whatever time it is.

“Obviously I’m clothed when I’m doing all this – I’d get arrested if I wasn’t and then she’d have no one to look after her.

“She’s gradually getting worse. I need to be here. I had to respond to what was necessary.”

Activist Stephen first started walking the length of Britain in 2003, campaigning for freedom of all kinds.

The former lorry driver has been arrested a number of times and completed a number of stints in prison – mostly in solitary confinement due to his refusal to wear clothes.

In January, he was freed from jail after a stretch for breeching a no-nudity Asbo.