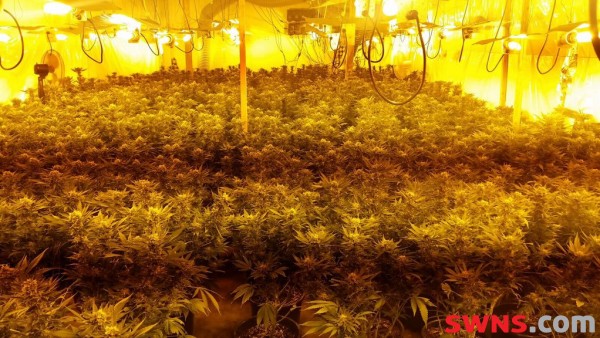 A special court hearing will establish whether plants found in a man’s house were cannabis – or TOMATO.

Scott Graham, 41, has admitted that around 28 mature plants found in a bedroom at his house were cannabis and pleaded to guilty producing the Class B drug.

But he denies that another 41 smaller seedlings were the drug – claiming they were tomato plants he was growing for an allotment.

Wigan and Leigh Magistrates Court, Greater Manc., heard that attempts to establish what the plants were since the earlier hearing had been unsuccessful – and that a special Newton hearing will now be held to determine the species.

Tess Kenyon, prosecuting, said: “We have asked the police for evidence that the plants are cannabis, but they have not responded.

“I have a statement from PC Kevin James which says he is an experienced drugs officer and an expert drugs witness.

The Newton hearing will determine whether the court will accept the prosecution or the defence’s argument.

The magistrates must accept the defendant’s version of events unless the prosecution can prove otherwise, although the defence will also put forward evidence.

Mark Ferguson, defending, said: “We would want to get the plants professionally analysed so someone can come to court and say what the plants are.

“l have looked at images of seedling tomato plants and I believe they could be mistaken for cannabis.”

But Ms Kenyon explained that the plants would now have been destroyed, as it is illegal for the police to keep them.

She said: “The plants will have been destroyed on that day.

“The police will have taken a number of plants at different stages of growth to analyse but they will also have been destroyed.

“The police can’t keep them. There will be a forensic report but we don’t have it at the moment.”

The magistrates concluded that in the interests of justice a Newton hearing should be held to establish what the plants are before Graham, of Wigan, is sentenced.

The hearing will be held at Wigan Magistrates on May 20.