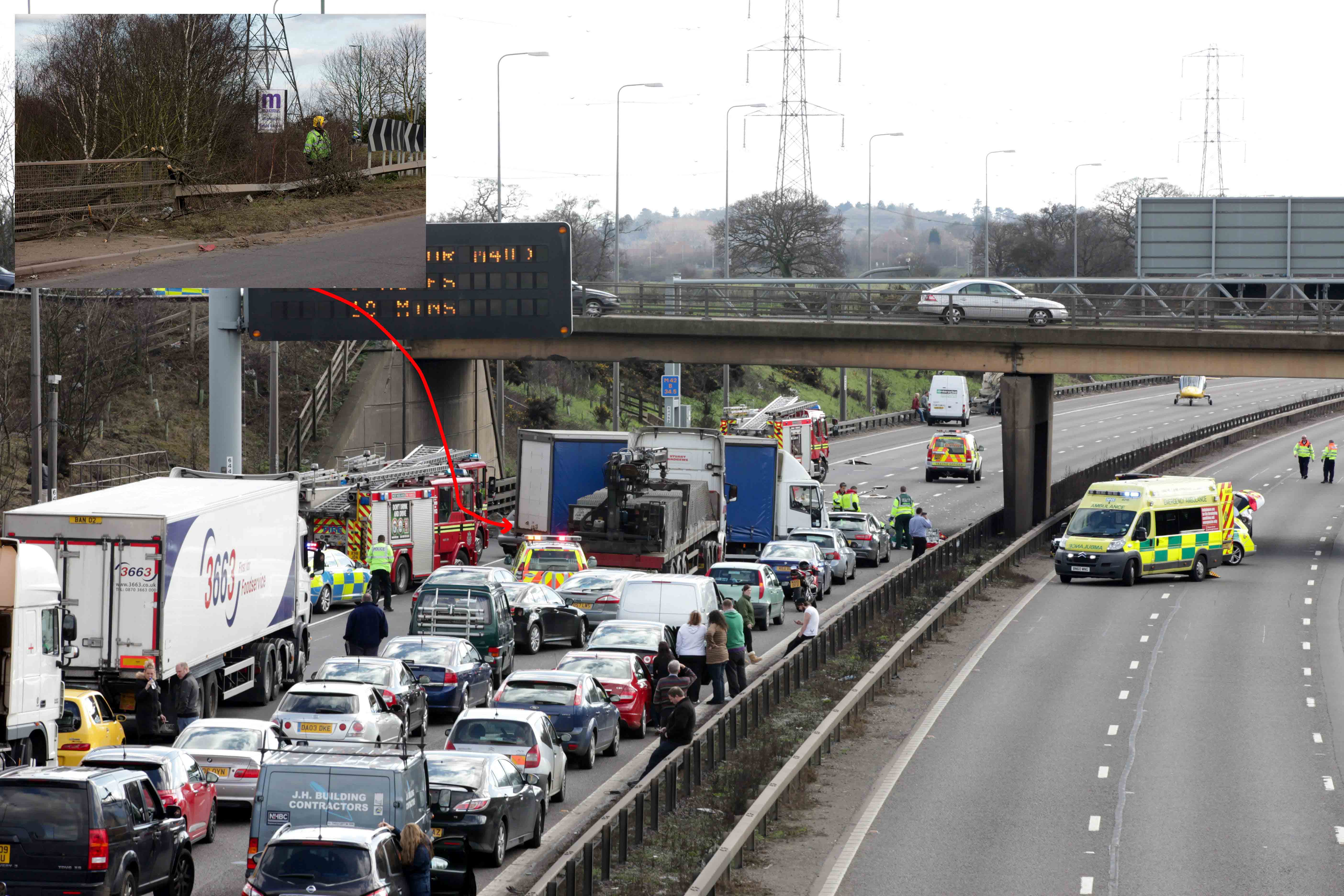 Officers are appealing for witnesses to a crash between between a police vehicle on an emergency call and another car.

The smash between the police car and a red Vauxhall Corsa lead to hundreds of angry shoppers being stuck in an Asda car park while the road was closed.

Extra police were called to the scene to calm motorists who began arguing on the roads as queues built up after the crash on a busy junction in Gillingham, Kent, 11.40am on Saturday.

Officers eventually closed the car park for 20 minutes to stop more vehicles entering the car park and the gridlock started to ease just before 3pm.

South East Coast Ambulance service were called to the scene, but there were no injuries.

One driver caught in the chaos said: “There’s still problems at Asda, with fights breaking out between irate motorists.

“Police are dealing with them. It’s only pushing and shoving but I still can’t get out of car park. Nightmare.

“It’s not moved for ages. We are at gridlock, nothing able to get in or out. Some people have been stuck for several hours. Staff are now trying to manage traffic.”

A Kent Police spokesperson said: “Officers investigating a collision between a police vehicle and a car in Gillingham are asking witnesses to come forward.

“The collision is reported to have taken place in Pier Road at 11.40am on Saturday 23 April and no serious injuries were reported.

“Anyone with information who has not yet spoken with officers is asked to call the Serious Collision Investigation Unit.”

A separate incident involving an ambulance also took place a few miles away in Rainham, Kent on Saturday.

Kent Police’s roads unit tweeted to say no one was injured and the road was not blocked.

A force spokesman added on Saturday: “Police were called to London Road, Rainham at 11.44am following a report of a two-vehicle collision.

“No one was reported to have been injured.”