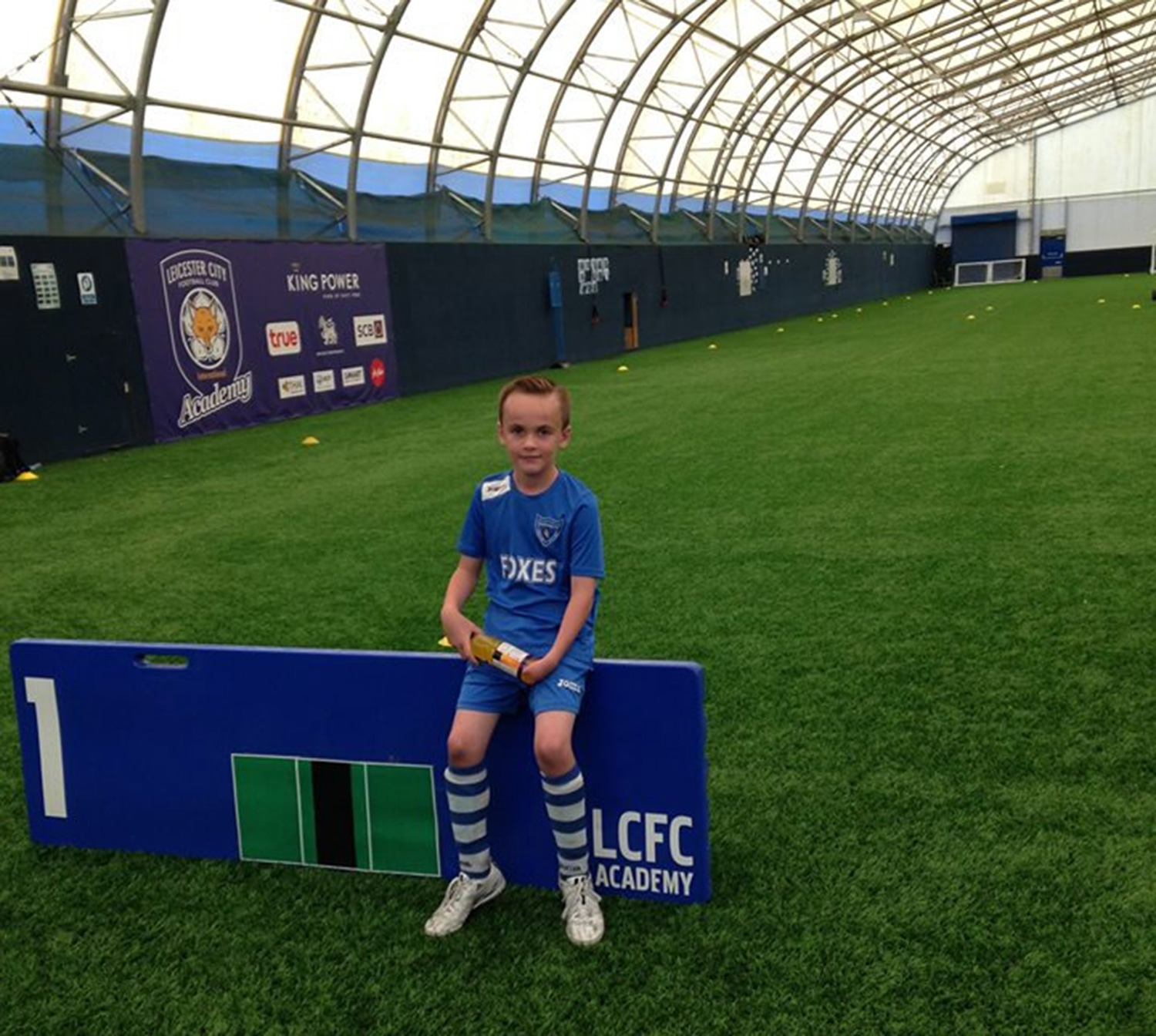 A boy born without a left hand is hoping to achieve his dream of becoming the UK’s first disabled professional footballer.

William Joyner, eight, was born without a left hand as a result of amniotic band syndrome – where the band wrapped itself round his hand reducing the bloodflow.

This left William, from Paulerspury, Northamptonshire, with only a palm on his left hand.

But the Reading Football Club fan hasn’t let his disability restrict him and currently plays on the right wing for a Leicester City affiliated football team a year above him.

Sadly he still struggles to do simple things like tie his shoelaces and do up buttons.

But he is shortly due to be fitted with a revolutionary, robotic hand made by a 3D printer which will help him do every tasks.

Full-time Jo, 38, said: “It will be completely life-changing, it will allow him to strengthen his entire body and also make everyday tasks that much easier.

“To say he’s excited is an understatement and everyone at his school is as well, they keep asking when he will be getting it.

“It is going to enable him to do something as simple as tie his shoelaces or hold something while he’s doing another task.

“At the moment the left hand side of his body is weaker because he doesn’t use it despite being left handed.

“This will help to make it stronger.

“It will also help him on his dream to become a professional footballer.

“His confidence is already growing. School is a tough place and to be able to turn a negative into a positive when you’re a child is fantastic.

“He wants to be the UK’s first one handed professional footballer.

“He was inspired by the 2012 Paralympics when he saw that people with a disability can achieve.”

At the age of one doctors took a piece of bone out of William’s toe and inserted on his hand, allowing him to use it as a pincer.

They planned more operations but his family decided to stop when William got a serious infection and spent 10 days in hospital.

The advantage of the hand is that it requires no surgery.

It has been designed by experts at the University of Bedfordshire in a way so that William can make it grip through arm movements.

After testing it this week he now has to wait five months for a more durable version to be fully built which he can use it at home.

He’s chosen it to be made in blue and white, the colours of his beloved Reading.

The university are aiming to support William with upgrades over the next 12 years and hope that it will enable to live like any other child.

The project, funded entirely by the university, has been carried out at the Luton campus by staff members David Jazani and Mark Hooper, utilising 3D printers.

Mr Jazani said: “It allows us to use computer aided design, which gives us a better idea of what ball park we’re in to make sure it fits and functions as we want it to.”

The syndrome can cause a number of different birth defects depending on which body part is affected. If a band wraps tightly around a limb – like a left hand in William’s case – the limb can actually be completely amputated.

William lives with his mum and programme manager dad Andy, 38 in Paulerspury, Northamptonshire.