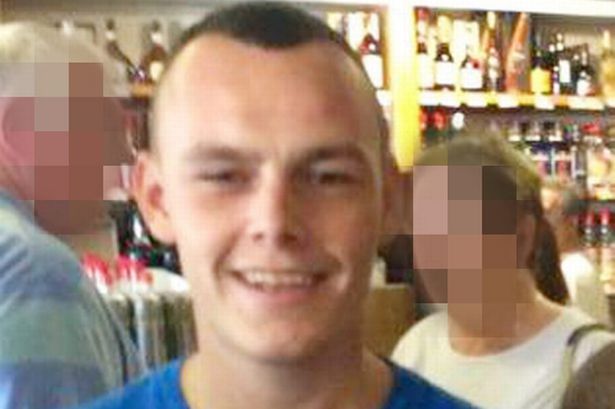 A thug who killed an 18-year-old man by stabbing him in the neck which he smuggled into a nightclub in a MAN-BAG has been jailed for 32 years.

Mr Kirkwood was stabbed in the neck by Thompson who also knifed two of his friends at the Society nightclub in Coventry in the early hours of March 15 last year.

Despite desperate attempts by nightclub staff and paramedics to save Mr Kirkwood, he suffered a heart attack as a result of the injuries to his carotid artery and jugular vein, and was pronounced dead at 2.50am.

Yesterday Thompson, of Bearwood, Birmingham, was jailed for life and told he would serve a minimum 32 years in prison when he appeared at Warwick Crown Court.

Three other men, Hasham Ali, 19, Ezra Scott, 32, Ramez Murtaza, 21, all from Birmingham, admitted being involved in the violent disorder that resulted in Daniel’s death.

Murtaza, who also admitted assaulting Daniel’s friend and pleaded guilty to manslaughter, was jailed for a total of eight years.

Ali was jailed for 29 months and Scott was handed 28 months for violent disorder.

Judge Mr Justice Mark Warby QC told Thompson: “You went into the alcove and, within the space of 40 seconds, you used that knife to kill one young man and seriously injure two others.

“I conclude you took that knife from the man-bag you were wearing, and I am satisfied you had that knife on you when you arrived at the club.

“You stabbed your victims in quick succession. You stabbed Nigel Mkhwananzi from behind in the back.

“About ten seconds later you stabbed Niall Kavanagh in the arm; and you killed Daniel Kirkwood by stabbing him in the neck when you were face-to-face, either in the moment before or the moment after stabbing Niall Kavanagh.

“The moment that wound was inflicted Daniel’s death was a certainty.

“He managed to stagger out of the club, but most of his blood had left his body by the time he fell to the ground outside.

“I have to consider whether you intended to kill – and in my judgement, you did.”

The judge said he should never have been allowed into the nightclub with a knife, but he was not searched because he knew the head of security and was treated “as a VIP”.

Mr Justice Warby added: “Those in charge of security at the club that night have some questions to answer.”

During the nine-week trial, the jury heard Mr Kirkwood, from Coventry, died hours after writing a Mother’s Day card to his mum Pauline Darcy.

In her victim impact statement, she told the court she found the card in his bedroom shortly after being told her son was dead.