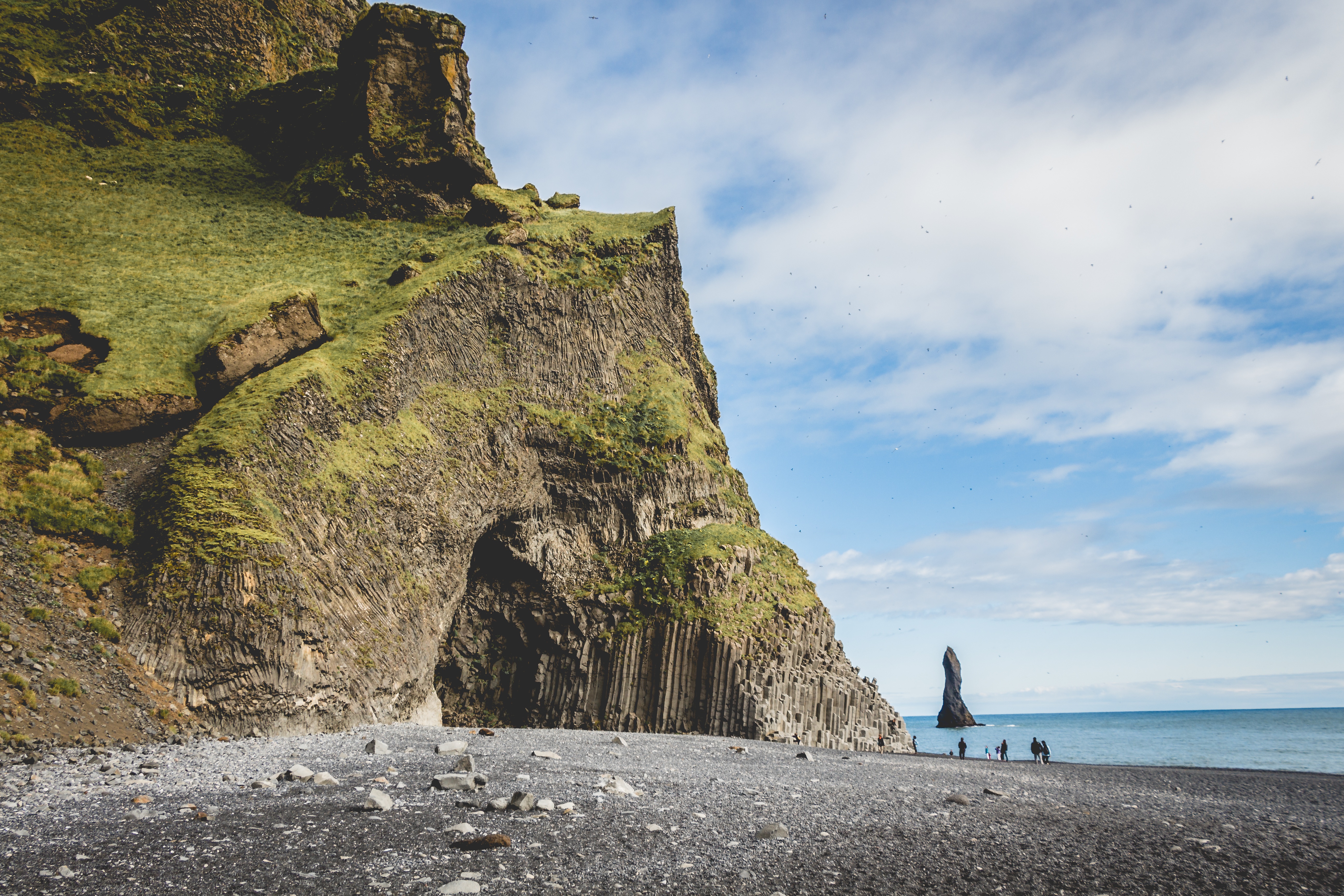 Two schoolgirls have spoken of their “nightmare” after they were trapped on a 160-ft high cliff face after being cut off by the tide.

Zoe Taylor and Victoria Liddel-Young, both 13, were left stranded on the rock after they became lost in the dark.

The pair were trying to reach a local landmark called the Well of Good Health near their home village of Balintore, Easter Ross.

But the walk turned into a terrifying experience after they got lost along the way and ended up on the cliff face.

The pair called the emergency services and a major search operation was launched, involving the coastguard, lifeboat and police, around 9pm on Tuesday.

Zoe said: “We realised that the tide was quite far in and if we went back the way we wouldn’t have made it all the way back.

“So we decided to go up the cliff and see if there was a path to go back the way we came — but it ended up in thorn bushes and we couldn’t get down because it was too steep.

“It was too dangerous to get down so we were kind of trapped.”

After a 90-minute search, the helicopter found them around 160ft up the cliffs and moved in to rescue them.

The girls were forced to use the torches on their mobile phones to guide the helicopter to them in the darkness.

Zoe added: “When we were down on the ground we were scared because it looked as if it was going to land on top of us.

“But then it was like ‘we have to do this because there’s no other way’.

“I was looking at my friend’s face and she said it was so scary she couldn’t breathe.

“But to me it felt really strange, it was like ‘is this really happening?'”

Victoria described the incident as a “normal walk which became a complete nightmare”.

She added: “It was scary, it was a once in a lifetime experience.”

Zoe’s mum Mina said: “I was just assuming that she was going to her friend’s house and she’d be back by 9.30pm as normal.

“I had been out to my brother’s for a cuppa and then came back and found a missed call on my mobile saying the girls had been down that way.

“I immediately went out and then I saw the police and all that around and my heart just sank.

“I just thought they might have been at The Wellie and been back but I didn’t realise that they had been all the way past it.”

The two girls were airlifted to a field near Shandwick, Highlands, where they were reunited with their families.

Michael MacDonald, spokesman for Invergordon lifeboat, said: “It was a swift and well executed rescue, the girls illuminated their location by using mobile phone lights to attract rescue crew.”