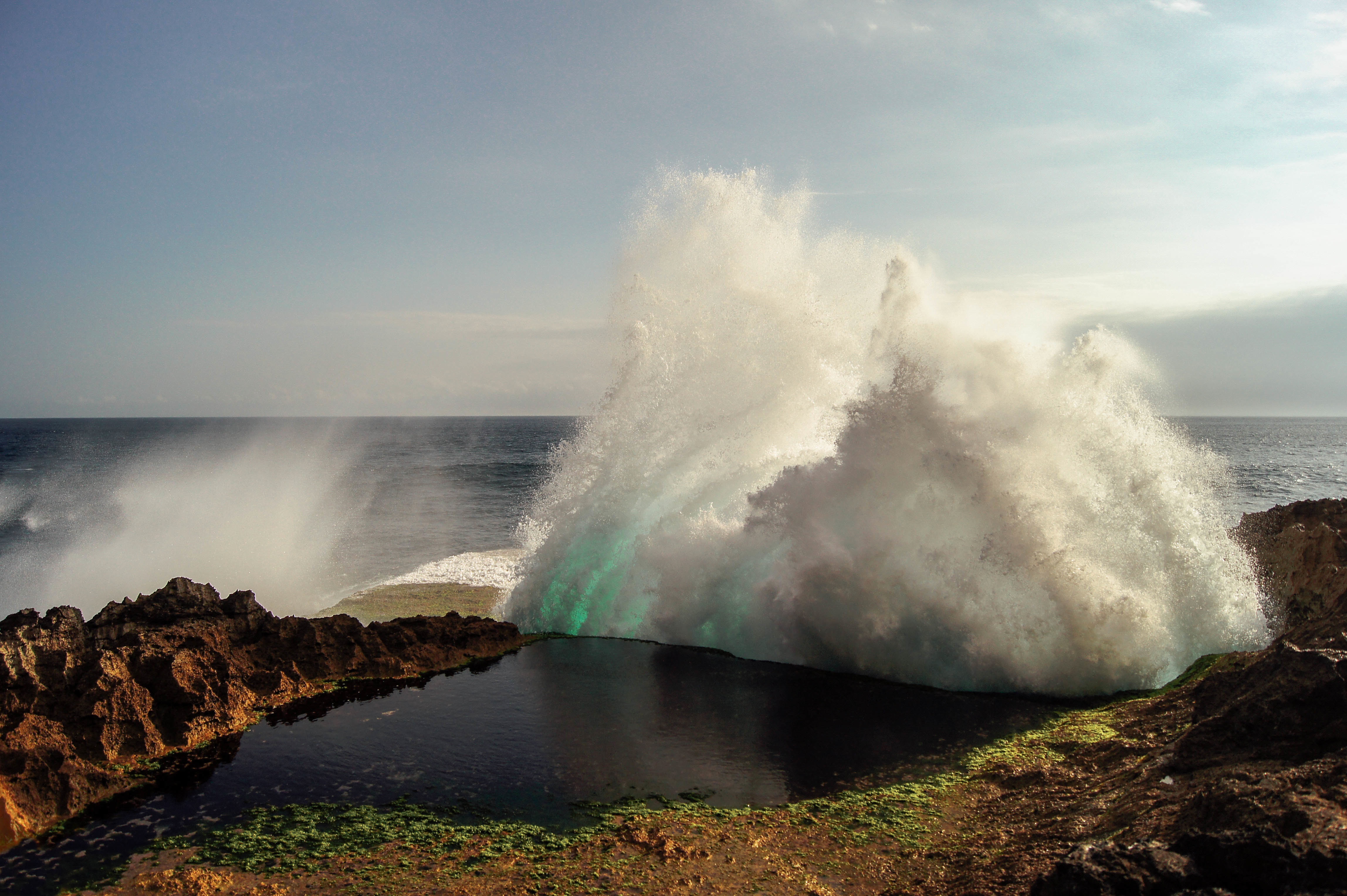 This spectacular footage from inside a train shows powerful 40ft waves rocking carriages as it edges along one of Britain’s most exposed lines.

Passenger Daniel Paul, 27, captured two videos of the waves coming over the top of his train from his relative sanctuary as it travelled along the seafront at Dawlish in Devon.

The line had to close two years ago when it was wrecked by powerful seas and was rebuilt in a huge reconstruction project.

It was bombarded again at the weekend as huge swells caused major disruption to CrossCountry train services.

Some trains were cancelled and delayed while others had to start in different locations due to the severe weather as high tides peaked in the morning.

Winds gusting at up to 60mph sent towering waves crashing over the rebuilt seawall at Dawlish and also caused some localised flooding under the station viaduct.

Daniel was travelling on one of the few trains that did set off during high tide on a day out from his home in Exeter, Devon to Paignton just after 10am on Sunday.

“Some of the waves were easily 40ft high.

“Doors were shaking from the wind anyway but when each wave hit the train rocking a bit.

“It was right where track was destroyed before a couple of years ago.

“A lot of people switched sides and moved over to try and avoid it, but I went right up against the wall to film it.

“It was too good an opportunity to miss.”

“A lot of people were saying they could not believe trains were still running.

Matt, a rail operative specialising in tree surgery, added: “At Dawlish the waves were literally going over the top of the station and back onto the platform.

“We must have been one of the few trains to have gone through at that time – I certainly didn’t see any others.

“When we came back later that evening, it was still rough but not as bad as it was.”