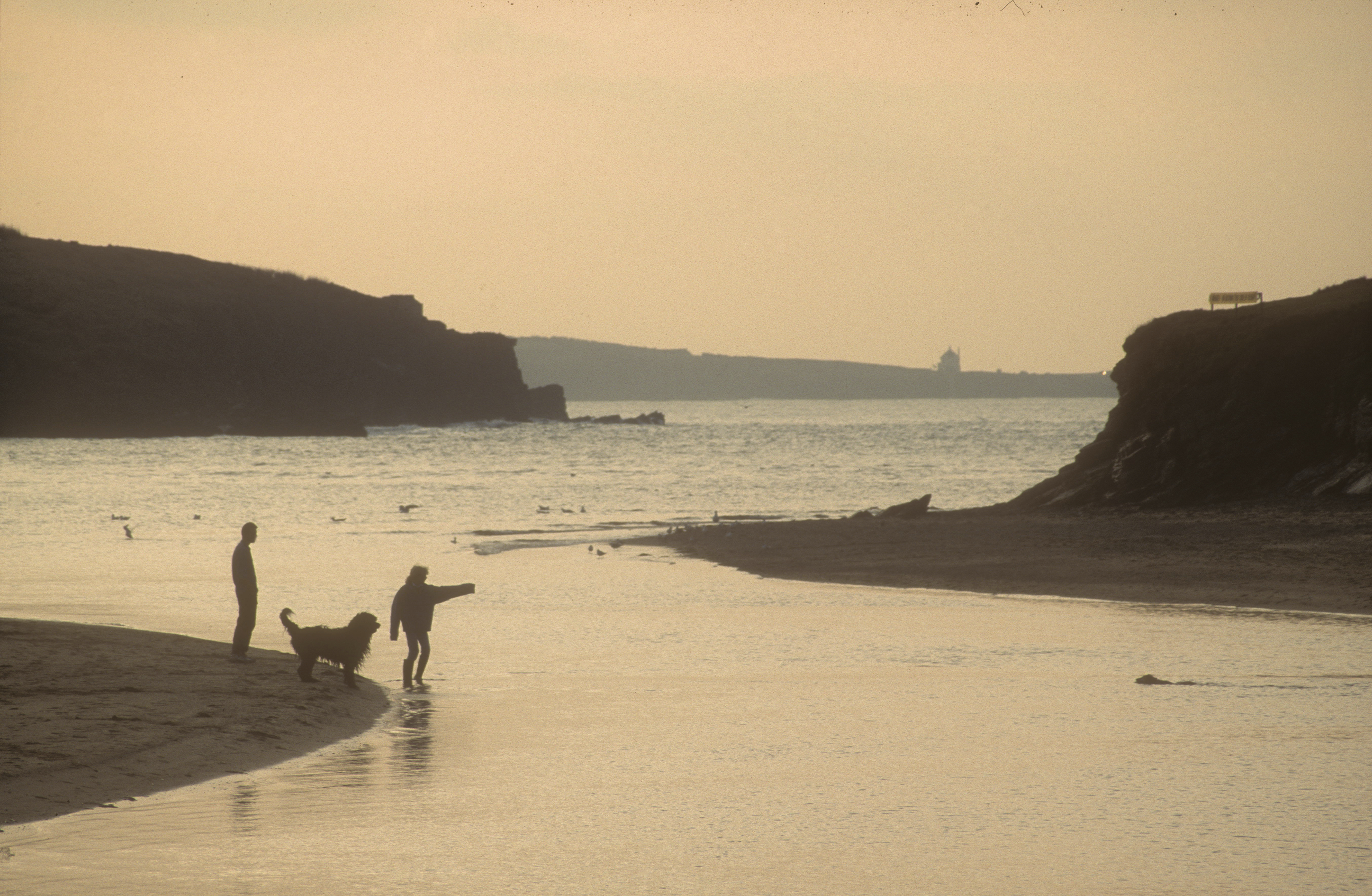 An elderly dog walker was rescued alongside her blind pet in the nick of time after becoming cut off by high tide – with water coming up to her NECK.

The female and her canine companion got into trouble at an estuary and fled to rocks after scrambling from the water.

Lifeguards, lifeboats, the coastguard and police were all sent to the scene in Newquay, Cornwall, after they heard her cries for help.

By the time help arrived the elderly woman was up to her neck in the rising water but crews eventually managed to rescue her during a dramatic two hour operation.

The RNLI said: “The woman had become cut off by the high tide when walking her dog along the Gannel Estuary in Newquay at around 5:30pm.

“Teams from the Coastguard and police searched for the woman and could hear her shouts for help but couldn’t see her position on the river bank due to thick reed beds.

“RNLI lifeguard supervisor Lewis Timson, who had just finished his lifeguarding duties for the day, went to the scene with a rescue board.

“Using the board, he was able to paddle down the river until he found the woman and her dog, both very cold and wet. She had been in the water up to her neck.

“Lewis was able to move the woman onto the rescue board, with the help of one of the coastguard team, but there was nowhere they could safely get her out of the river.”

Lifeboat crews then retrieved the woman and her dog who were transferred back to a slipway where an ambulance was waiting to take her to hospital.

RNLI lifeguard supervisor and trainee volunteer lifeboat crew member, Lewis Timson, said: “The woman had managed to scramble out of the water on to land with her dog, but by the time I reached her she was very cold and was extremely relieved to see us.

“It was lucky we reached her when we did and that was thanks to great team work by all the emergency services involved in the rescue.”