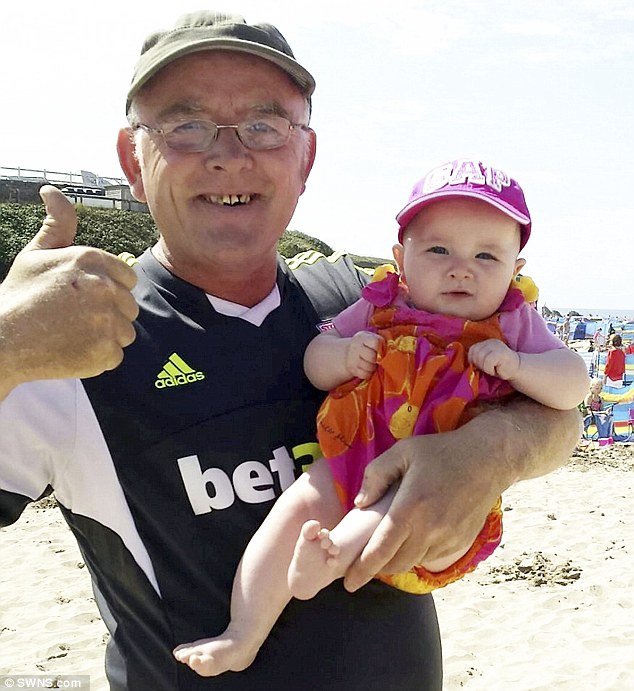 The grieving family of a father who was left “screaming in pain” on the floor as he waited 90 minutes to be treated in hospital claim A&E delays contributed to his agonising death.

Tragic Brian Plant, 51, was rushed to Royal Stoke University Hospital at around 11pm on April 21, after he suffered a suspected heart attack.

His family watched in horror as he writhed around on the waiting room floor sweating and screaming but he was made to wait 90 minutes before he was seen by a doctor.

When he was finally seen by a consultant, Mr Plant underwent an emergency operation but he died at 8.30am the following day after suffering a second heart attack.

The hospital has launched a formal investigation following a complaint from his family.

Son Wayne Shepherd, 35, from Bentilee, Stoke-on-Trent, said: “As soon as we got to A&E he was seen by a triage nurse.

“After that we were told to wait in the waiting room by the nurse and receptionist.

“It took a really long time for him to be seen, and he was sweating and moaning in pain.

“I knew there was something seriously wrong with him and everyone in A&E was watching us.

“At one stage he was sat on the floor screaming. He was in that much pain that he was
hunched over with his head under the chair.

“We eventually helped him to get onto a bed because he was really struggling to walk.

“Once they put an ECG (electrocardiogram) on my dad, they realised he was having a heart attack.

“The hospital took away the last moments with my dad from me.

“That is how I’m always going to remember him now – on the bed in the hospital. My dad was let down, he could have been saved.

“I honestly believe if my dad had been seen earlier then he would still be here and he would be alive.”

Daughter Tammy Shepherd, 33, who was also at the hospital, says the family is planning to take legal action.

Tammy, from Norton, Stoke-on-Trent, said: “The surgeon came out from the operation and told us it wasn’t good news and that Brian was a very ill man.

“They attempted to put a stent in but he suffered another heart attack and they couldn’t save him.

“We are grieving for our dad but we are angry as well for the way we feel he was treated.

“I have made an official complaint to the hospital and we will be getting a solicitor after the funeral.”

Julie Norton, consultant in emergency medicine, said: “We are launching a full investigation into the care provided to Mr Plant.

“We will ensure his family is kept fully informed throughout the process.”