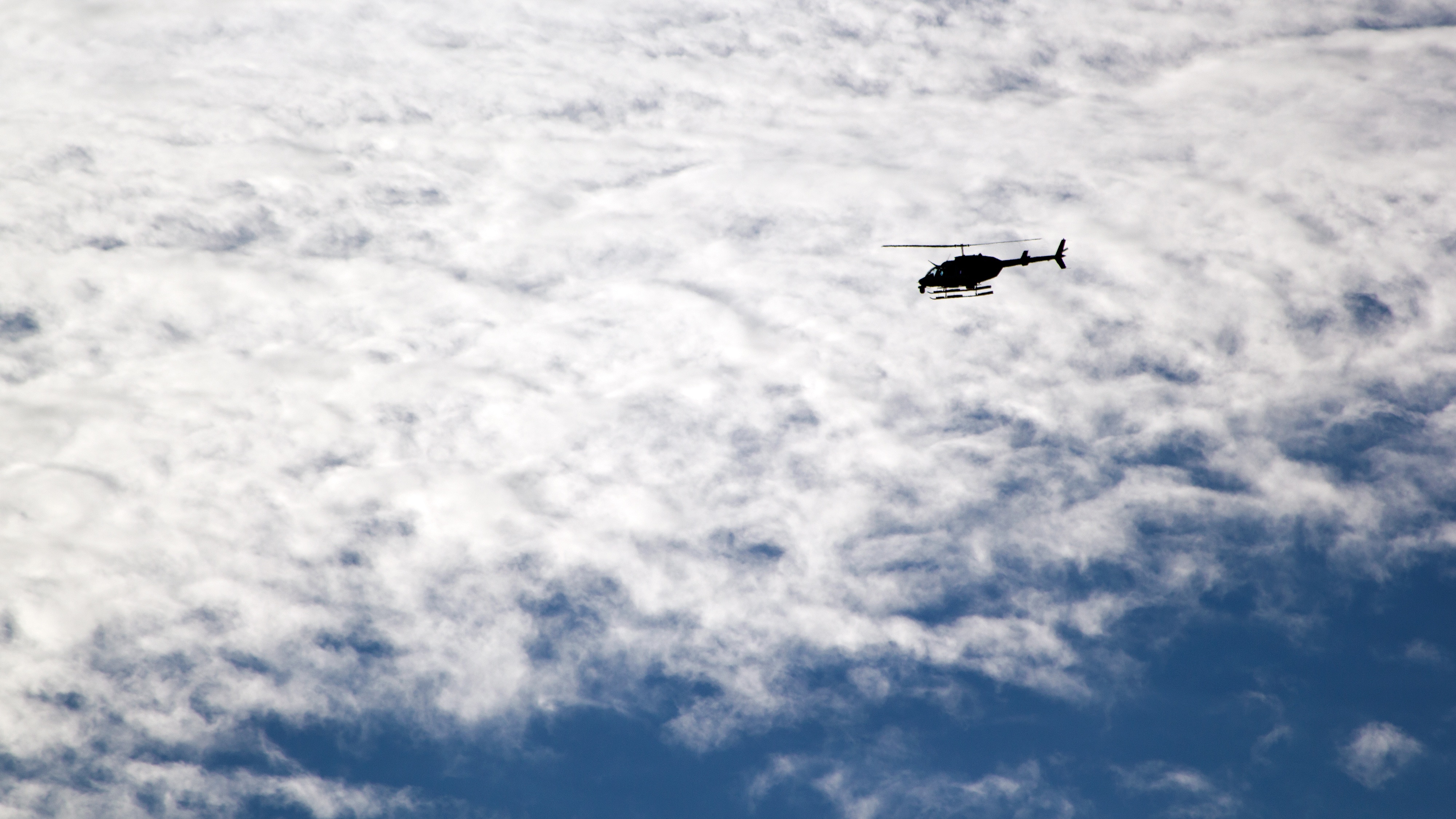 A teenager shone a laser pen at a police helicopter after becoming bored when he lost his internet connection.

But today the 16 year old was warned that had he been older he would have been jailed for the “deliberate and persistent” attack.

The teen shone the £5 pen at the police chopper for more than five minutes, causing the pilot to be dazzled and having to stop what he was doing.

Hammersmith Youth Court was told that the boy, who had just turned 16, was playing with his Playstation remotely with friends and got bored when the internet cut off.

He had bought the pen to play with his cat, but was surprised when he shone it at the helicopter and saw that it had reached it.

Police were sent to the location where the laser was from and found him in his room.

The boy admitted recklessly or negligently endangering an aircraft and apologised for his actions. He is planning to meet the helicopter crew to say sorry to them.

District Judge Richard Blake told the boy, who cannot be named for legal reasons, that it was a “foolish” and “immature” act.

Hammersmith Youth Court heard how the boy, from west London, had been playing his PlayStation on the night of February 3, but “got bored” when the internet cut off.

Robert Simpson, prosecuting, said: “The offence dates back to February 3, 2016. A message was transmitted from the helicopter to the control that they were the victims of a laser attack.

“Some officers were dispatched to the location and identified a window which had a blue light on.

“Officers went into the house and came across the defendant’s parents. He admitted he was shining a laser out of the window, but didn’t realise it was a police helicopter.

“The defendant said, ‘I was playing my PlayStation, when the internet was cut off and so I couldn’t play with my friends. So I got bored'”.

Mr Simpson added: “He told police, ‘I didn’t think it would reach the helicopter, but it did and I apologise’.

“He had shone it at the helicopter and caused the driver to be dazzled, causing it to have to stop what it was doing.

“He said, ‘ I didn’t realise it would reach, but then I saw the beam touch it'”.

Mr Simpson said: “When asked why he did it, the defendant said, ‘to see if it would reach’.

“He was asked whether it was deliberate, and he said, ‘I didn’t know it would do any harm'”.

Mr Simpson added that the pilot had said it was “persistent, deliberate attack in excess of five minutes”.

But Andrew Moxon, defending, said that the boy was “full and frank with police” and “extremely remorseful” for his actions.

“He thought it would be fun to use it to play with the cats, because I don’t know if you’ve seen it on YouTube, but cats love to play with laser pens.”

In summing up, District Judge Blake said: “You apologised to the police for your actions and you have again apologised in court today.

“This is a very serious offence. Unusually whilst it carries a maximum of five years in the crown court, my powers are much more limited in the youth court.”

In serving the boy with a youth referral order, Judge Blake said: “You will have to do 15 hours of reparation, attend a thinking course, engage in constructive work.

“A suggestion has been made that arrangements may be made for you to meet the helicopter crew and explain yourself.”

The boy said he was sorry to the “pilot, the police and the court and everyone who is involved,” adding that he “though it was cool” to have a laser pen, but has “learned his lesson”.

The boy’s parents were also ordered to pay a victim surcharge of £20, which will be paid at a rate of £5 per week.

New figure suggest that UK Pilots are dealing with an average of three laser incident every day.

A total of 1,439 laser incidents were reported at UK airports in 2015, with the largest number of cases, 121, occurring at Heathrow.

In February, a Virgin Atlantic flight was forced to return to Heathrow when the co-pilot reported feeling unwell after a laser was shone at the plane.