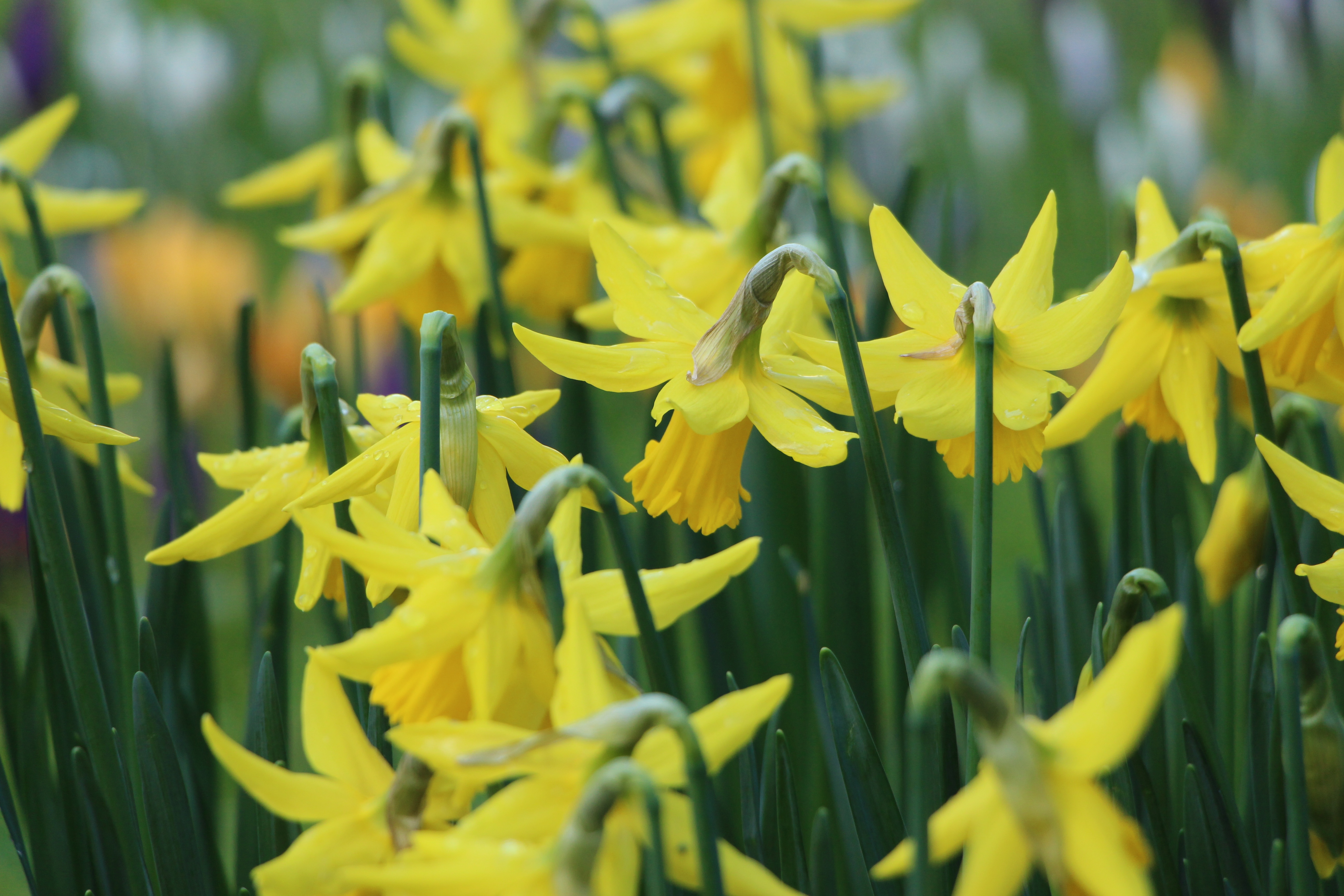 Daffodils stems have helped inspire designs for stable structures to reduce drag and eliminate side-force wind of the type which destroyed the Tacoma bridge.

To combat side forces created by wind, researchers studied the shape of a daffodil stem whose twisting, lemon-shaped cross-section enables it to turn away from wind and protect its petals.

The Tacoma Bridge was destroyed when a side wind set the structure oscillating until it collapsed.

The experts tested different variations, some with more elliptical cross-sections or with more twists for example in smooth laminar airflow or a more turbulent wind.

The side forces come into play whenever wind flows across an object, like when an arm is out the side of moving car, the air flows around the arm forming vortices called shedding.

Professor Haecheon (corr) Choi, of Seoul National University in South Korea, said: “You will immediately feel that your arm will be forced to move up and down.”

The phenomenon affects any elongated structure caught in wind or water currents such as lampposts, high rises and the long vertical pipes used for drilling oil at sea.

Prof Choi and his team from Seoul National University use the example of the Tacoma Narrows Bridge which collapsed in dramatic fashion in 1940, twisting in the wind before it snapped.

As wind blew across the span, the flow induced oscillating sideways forces that helped bring down the bridge.

Prof Choi said: “This vortex shedding triggered the twisting mode of the bridge and finally the bridge collapsed.

Compared to a round cylinder, the daffodil shape reduced drag by 18 and 23 percent, respectively, for laminar and turbulent flows.

It was concluded that the unique geometry of the stem could be used to design more stable structures such as antennae, lampposts, chimneys, sky scrapers or even golf clubs.

The research was published in the Journal of Physics of Fluids.