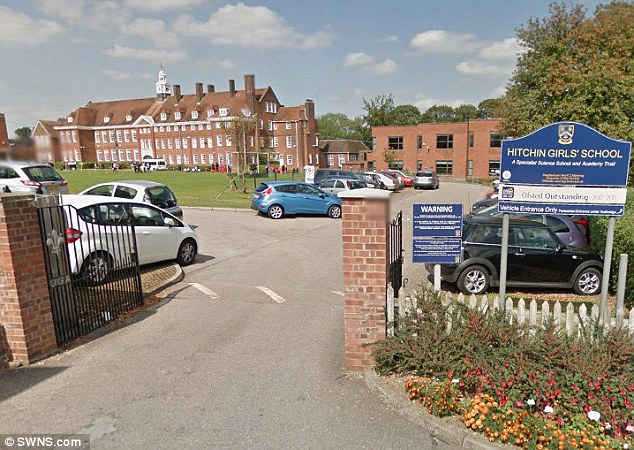 Pupils at a girls’ school have blasted “sexist” and “outdated” uniform rules which they claim instruct them to wear longer skirts during exam season to avoid “provoking male invigilators”.

Schoolgirl Eleanor Beale from Letchworth Garden City, Herts., claims she and other girls were told during an assembly that “girls must have their skirts at least knee length whilst taking exams as not to provoke the male invigilators”.

Miss Beale said: “It is 2016 and it isn’t right that grown men are dictating the way that young girls should sit during an exam, lest they see a bit of thigh.

“This is an old fashioned, out dated rule, and if the roles were reversed, you can imagine the outrage.”

She added: “Teenage girls should be left to sit the way they want, not made to worry that adult males are looking at them during their exams.”

Headteacher of Hitchin Girls’ School Frances Manning has denied that any new rules have been brought in.

The head of the Highbury Way, Hitchin, Herts school said: “What’s in there is not true.

“We have not changed our uniform rules at all and we certainly haven’t put any new rules in place for examinations.

“We held an assembly in the run up to examinations to talk to the Year 11 students on what is expected of them in terms of their uniforms.

“The uniform policy remains during exam time. Girls can wear trousers or skirts to an appropriate length.

“The girls have run off with this in some way and I’m not sure where it came from.”

One person commented on the petition, which closed last week: “It is unacceptable that the reason for the rule is to not provoke the male invigilators – they are adults who are accountable for their actions and if the legs of teenage girls being partly visible is distracting them from their job then perhaps it is them who should have certain rules enforced on them.”

Ona Sobotie, of Letchworth Garden City, said: “I’m signing as I’ve bought the skirt in the longest length available and it still doesn’t touch my knees.

“Will I not be able to sit my exams?”

Mrs Manning said: “The petition was started by a student and I will be speaking with them to find out why it has got to this point from nothing.

“The girls were just reminded to wear the correct uniform. The uniform rules have not changed.

“We have regulations on uniform as most schools do and parents appreciate knowing what is acceptable.”

The petition can be viewed at http://tinyurl.com/j2f9yye