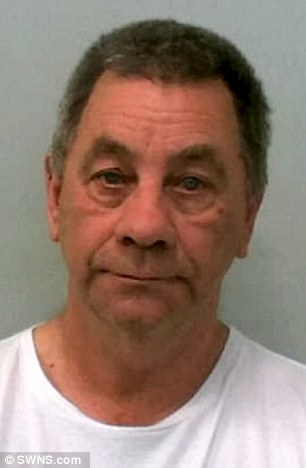 A man who stabbed a renowned medium in his own home has been jailed for life for murder.

Star Randel-Hanson, 50, had been living with 70-year-old Derick Marney (corr) for several months before stabbed the noted ‘psychic’ in the chest.

Randel-Hanson carried on living in the flat in Brighton, East Sussex, for a further ten days, leaving the body lying in the kitchen where he had issued the 6″ stab wound which punctured Derick’s vital organs.

Derick is a rare and famous spiritualist medium and faith healer, who was known in holistic circles for his clairvoyant evenings.

Randel-Hanson was caught when he made suspicious comments to a tarot card reader on the Brighton seafront, who reported him to police.

The body was discovered and Randel-Hanson was arrested on May 4 last year after the killing took place on April 24.

Detective Chief Inspector Paul Rymarz of the Surrey and Sussex Major Crime Team said: “While it is not clear exactly what motivated Randel-Hansen to stab Marney, the evidence showed that the stab wound was deliberate.

“He had been living at Marney’s flat for several months, apparently on good terms, having first met at a local Spiritualist Church.

“However their relationship seems to have had some problems, culminating a dispute of some kind on the day Marney was killed.

“Randel-Hanson was in the kitchen when Marney came in, and he maintained in court that the fatal injury took place when the victim came in unexpectedly.

“Our investigation, including the forensic evidence and his own contradictory statements, showed otherwise to the satisfaction of the jury.

“This was a tragic case, and our thoughts go to the victim and his family over a such a violent and unexpected crime.”

Randel-Hanson was found guilty of murder and sentenced to life imprisonment, with a minimum term of 15 years at Croydon Crown Court on Monday.

Derick’s sister paid tribute to him, saying that she hopes his family can now move on.

She said; “I still cannot believe that Derick is no longer with us. This past year has been so difficult for myself and my family.

“Having to sit through a re-trial has prolonged our grief.

“The jury’s verdict today has slightly eased our pain.

“Although Derick will always be in our thoughts I’m hoping my family and I can now start to rebuild our lives.”

Pal Lesleigh Badgery (doub corr) of the Lantern of Light and Sacred Space Healing Centre paid tribute to her friend and colleague.

“He was dedicated to what he did.

“Derick was a medium. Mediums do not give future predictions – it’s a rare gift.

“He was a friend and I shall miss him dearly.”