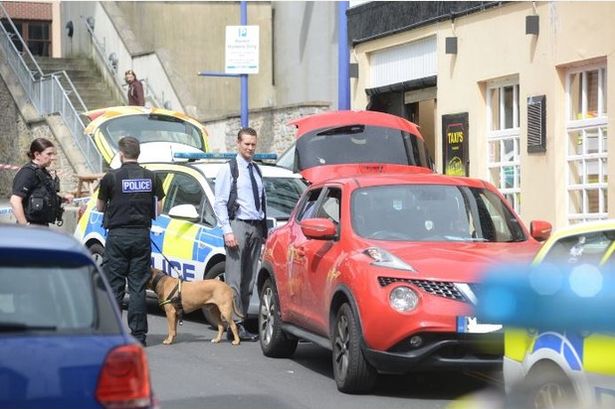 Police are investigating the discovery of a man’s body in the back seat of a car parked outside a city centre gay pub.

A large brown mastiff-type dog was also found alive and sitting in the front of the red Nissan Juke.

The car is thought to have been parked overnight outside the Swallow pub near the historic quayside area of Plymouth, Devon.

Police spent an hour examining the vehicle before a coroner arrived and a forensic officer took photos of the open boot.

The Swallow pub, known for its cross dressing events, could not be contacted during the day.

At one stage there were five police cars at the scene and one ambulance and the street where the car was found was cordoned off at both ends.

Police said next of kin have yet to be informed and they were currently unable to say whether or not the death is suspicious.

Devon and Cornwall police said: “We were informed at around 2.10pm on Tuesday 10 May that the body of a man, believed to be in his 40s, had been discovered in the back seat of a stationary car near The Swallow pub, Bretonside, Plymouth.