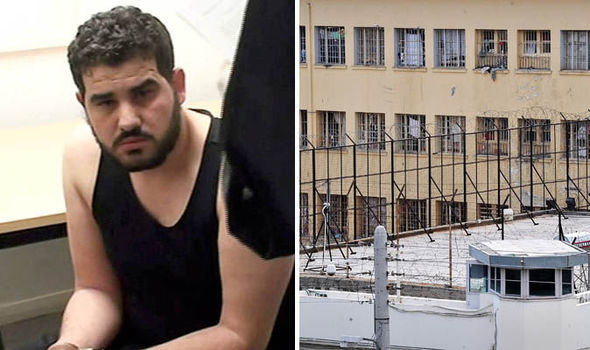 A Palestinian asylum seeker who allegedly ran a £7million migrant smuggling ring from a UK hostel will fight his extradition this summer.

Jamal Owda, 27, will argue his forced removal from the UK to Greece would breach his human rights as their prison conditions are “inhumane.”

Owda, alleged to have sneaked into Britain in the back of a lorry two years ago, masterminded one of Europe’s largest people-smuggling gangs that has helped tens of thousands of Syrians enter Europe via Greece, it was said.

He was arrested in an asylum hostel in Sefton Park, south Liverpool, where he had been staying for several months.

Owda, wearing a black tracksuit, stroked his beard as he listened intently to the proceedings at Westminster Magistrates’ Court today (Tues).

His lawyer Amelia Nice said her client will challenge extradition because of the poor conditions of Greek jails and psychiatric assessments being carried out by UK prison doctors.

She said: “There are a variety of issues.”

Stuart Allen, for the Greece authorities said the UK’s Crown Prosecution Service was in talks over prison qualities as Owda is using Article 3 of the Human Rights Act, which protects against inhumane imprisonment.

Mr Allen said: “The CPS have made enquiries with the judicial authority in Greece. There’s a meeting coming up in which to discuss Article 3.”

The trafficking ring, which police reportedly have found evidence to suggest have made £7million profit, took asylum seekers from the Balkans before smuggling them into EU states, including Britain, Germany and France.

Owda, who has been remanded in custody, is accused of “managing a criminal organisation” between July 2014 and November this year.

A further 22 suspected gang members, who are mainly Greek and Syrian, were arrested in raids in Greece, Austria and Sweden.