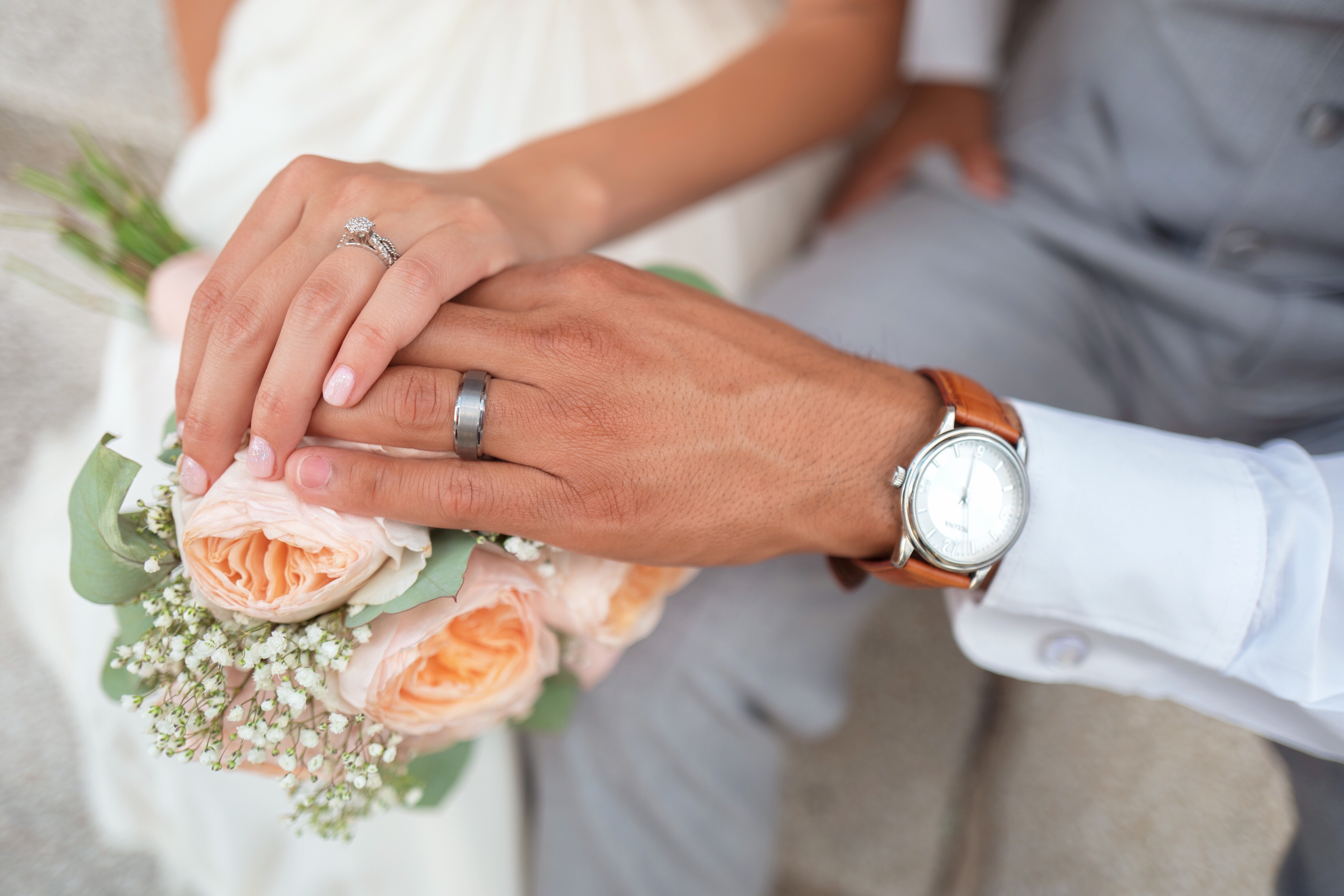 A Twitter-mad bride and groom have become the first couple in the UK to have a social media wedding – even live-streaming the celebrations online.

Zoe Anastasi, 34, and her husband Will Diggins, 32, tied the knot on June 16, with the festivities captured and broadcast every 15 minutes on the internet.

The ceremony was live-streamed on Twitter after the pair paid thousands of pounds for dozens of iPhone-carrying photographers to not miss a moment of their big day.

They later watched as the celebrations continued at their reception, which was held at The Walled Garden in Beeston, Notts.

Photographs were beamed around the world from the morning of the wedding, starting with capturing her and her six bridesmaids getting ready.

The images also appeared at the reception on a giant social media screen, where guests were given a unique hashtag to add their snaps to the display.

The tweets were seen over 18,000 times on the day and #ZoeAndWill2016 Instagram photos generated 3,500 likes and 835 ‘hearts’ on live-stream service Periscope.

It is believed to be the first time a couple have broadcast their entire wedding on social media in the UK.

Yesterday (Mon) Zoe, who works for a construction company, said: “Your wedding day is the biggest day of your life.

“You worry that it’s over in 24 hours, and I think it’s great to enjoy the build-up, to get more people involved in it. It makes it more special.

“It’s the one day that’s all about you and if you have different people talking about it all over the world, on different formats, it makes it that extra special.

“You spend so much money on flowers, venue, food, drink. Social media is such a big part of our lives today so it deserves an investment, too.”

More than 100 photos taken on the day appeared on the social media wall and were then put into a wedding album ready for the bride and groom to view the next morning.

The content was monitored by the team from Status Social, the company behind the Social Media Weddings package, before going live.

The couple, from Spondon, Derby, would not reveal how much they paid but similar social media packages by the firm start from £6,500.

Will, a management consultant, added: “It’s worth spending thousands of pounds because you only get the chance to tell the amazing story of your wedding day once

“The thing is, you spend all that money, all that time on the wedding and I just wanted to remember every second of it.

“Having the photos, having the updates, will enable that.

“Also it’s a day of pretending to be a celebrity, it’s the closest you’ll ever get to feeling famous, and who wouldn’t like that?!”

Zoe and Will said wedding suppliers “bent over backwards” to help when they heard their wedding was to be broadcast over social media.

Some suppliers even offered special deals to the couple, cutting down on wedding costs, after hearing about the possibility of worldwide exposure.

But the couple said they understood how others thought they were crazy to make their wedding so public.

Speaking before the wedding, Will said: “It’s a great way for people to see to see important events in your life, not for bragging purposes, but if you have someone who you haven’t seen for ages, technology used the right way can be great.

“It might come across that we’re a bit attention seeking, but it isn’t about that for us.”