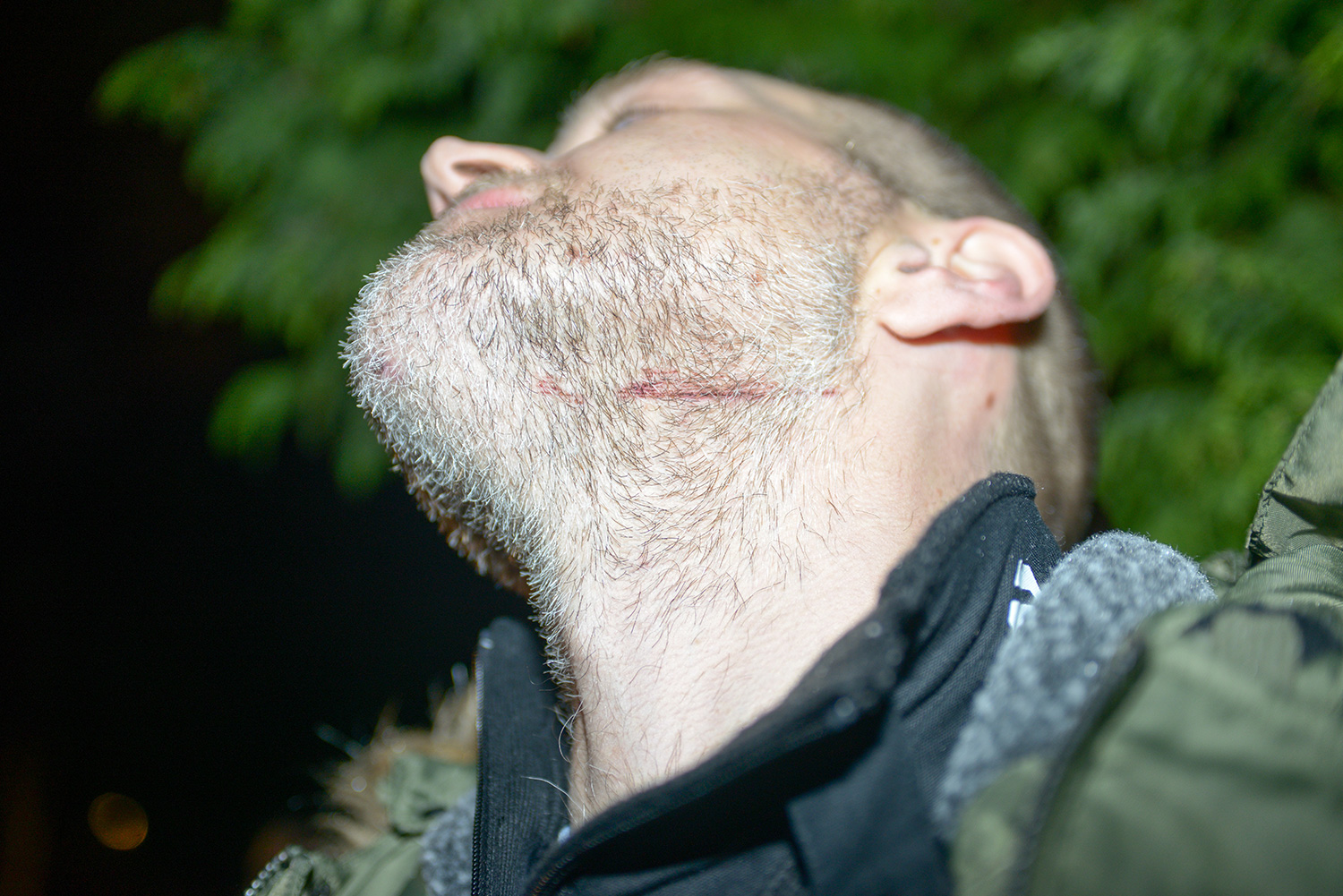 A doctor has described the moment he helped save the life of the victim of a Jihadi John-inspired knifeman at a busy tube station.

Matthew Smith was passing through Leytonstone tube station, in east London, on December 5 when he saw musician Lyle Zimmerman, 56, on the floor in a pool of blood.

Muhiddin Mire, 30, had attacked him just moments before, and had tried to saw at his neck with a bread knife before trying to stab other passengers, the Old Bailey heard today (Wed).

Dr Smith, who had just finished his shift at Homerton University Hospital, told the court: “There was a commotion, people were shouting. I heard people mention someone had been stabbed.

“And I found at the bottom of the stairs the victim was sitting propped up against the barriers in a large pool of blood.”

He inspected the “deep” wound, and said he could see Mr Zimmerman’s windpipe.

He thought the injury was “life threatening”, and put pressure on it and kept talking to him.

Dr Smith then saw Mire lurking round the station brandishing the knife at passengers.

He said: “I noted that his eyes seemed blood shot. The whites of his eyes were not very white.”

Prosecutor Jonathan Rees QC asked: “How did you feel when you saw the defendant appear in the ticket hall with the knife?”

He replied: “I was really very scared.”

But, with the help of another passenger, they got Mr Zimmerman to stand up and took him back towards the platform.

Dr Smith said: “He was obviously pale and clammy which are signs the body is shutting down quickly.

“I was feeling his pulse, and it was going very fast which is another sign of shock, and he reported to me he had become light headed.”

Describing Mire, he said: “My initial impression was that he looked like someone who had mental health problems.

“He was behaving quite erratically, he was moving from side to side. He was waving the weapon around.

“He was making noises, I could recall grunting noises occasionally.”

The court also heard from security Andrius Sabaliauskas, who narrowly escaped being knifed in the station.

Mire tried to stab him, but he defended himself with his rucksack, the court heard.

He said: “He was mumbling, saying ‘this is for my Syrian brothers’.”

Mire also told him he was going “to spill your blood”, the court heard.

Mr Sabaliauskas added: “His eyes were drowsy. Foam all around his mouth.”

He said he looked like a drug abuser, and said the bread knife would have been better for slicing than stabbing.

David Pethers, who was slashed in the neck by Mire, escaping with a minor scratch, also gave evidence.

Asked for his first impression of Mire, he said: “I just thought he was mental.”

Mr Pethers said he had grown up in a foster home, and his parents fostered a lot of children with mental health problems.

He added: “And you can kind of tell when someone has something wrong.”

He saw Mire approach a passer-by and feared he could be the next victim.

Mr Pethers told the court he shouted “something like ‘oi you c***'” to distract him.

He added: “I was trying to stop him from stabbing someone. I think I threw a couple of punches. To be honest it’s all a bit hazy.

“He said he was going to kill me and my parents. He cut my neck. I was bleeding.”

A witness statement was also read by Kazeem Amfowose, a customer service assistant at the station, who said: “The attacker looked wide-eyed and crazed, and I thought he might just attack anyone.”

Mire admits one count of wounding with intent and four counts of attempted wounding, but denies murder.