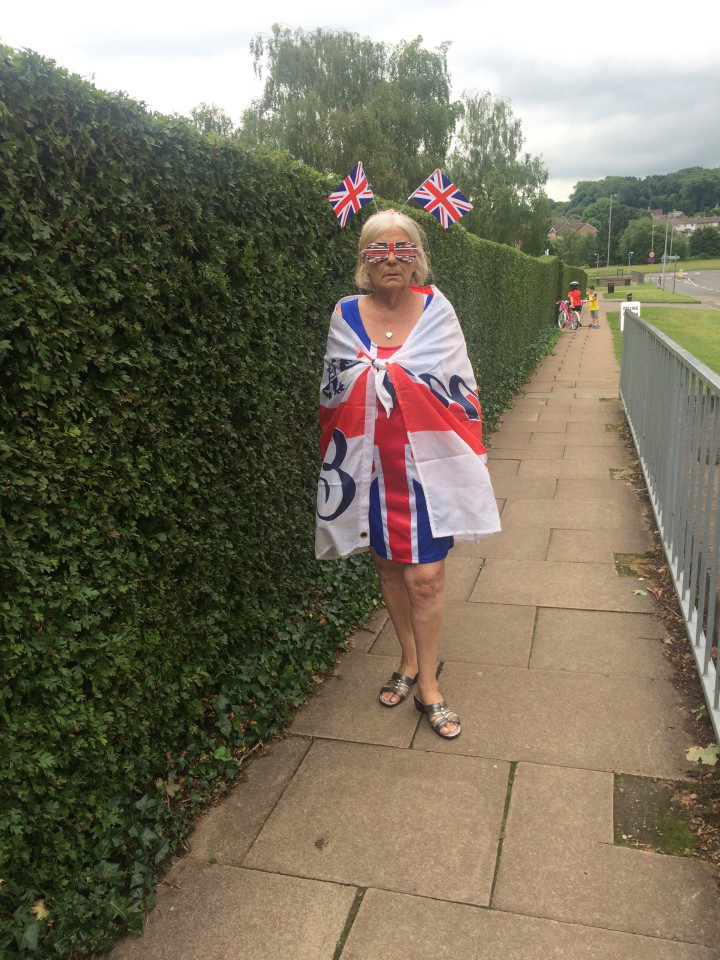 A grandmother claims she was told to leave a polling station yesterday (Thu) after turning up wearing a Union Jack dress and draped in a St George’s Cross flag.

Passionate Brexit supporter Teresa Hicks, 68, says poling staff told her she was inappropriately dressed and so wasn’t allowed to cast her ballot.

She was also wearing Union Jack glasses and flags attached to a headband and claims she was told the police would be told unless she left immediately.

Teresa said: “I was just in the queue and this man came up to me and said ‘you are inappropriately dressed’ so I asked if they’d send somebody away with a burka on?

“I even offered to put a coat around the poster which I had around my waist but they just said ‘no’.

” I went outside but the same man told me if I didn’t leave leave the premises he was going to call the police.

“I did leave but it wasn’t right. I think it’s disgusting. Say I was Indian and I was in a Sari would they turn me away?

“If someone was in a Burka would they sent them away? I think it was discrimination.”

She later went back to the same polling station in Mobbsbury Way, Stevenage, Herts., to cast her vote with her daughter Donna Hicks, 40,

But as she walked through the door she saw two police officers and feared she’d be prevented from voting again.

She said: “I went back a short time later. I took the banners off but kept everything else on.

“There were a few people in the queue this time and the same man came over to me.
He said ‘I told you this morning you can’t come in like that’.

“He went over and talked to some other staff but they let me vote.

“I can’t believe I had to go through all this just to vote. It’s my right.

“This referendum is not like voting in the local elections – this vote on the EU is so important.

“Suffragettes died for women to have the vote and I feel very angry at being turned away from trying to exercise my democratic right.

“I’m very angry – in fact you could call me Mrs Angry.”

Mrs Hicks, a retired civil servant, is a passionate Eurosceptic who believes the UK should leave.

She added: “I am passionate about leaving. It is not just about immigration, I have got family that are not English and who have come here.

“I’m not against it and I have got friends who are foreign.

“It is just that we can’t take any more people. What gets me is the people setting the rules for us we don’t even vote for.

Scott Crudgington, Returning Officer for Stevenage, Herts., said: “I understand a resident was asked to leave one of our polling stations in Stevenage today because she was carrying a ‘vote leave’ placard.

“I am sorry if this caused her any distress but it is important that polling stations are kept neutral and free from any campaign material that could influence other voters.

“I believe that the resident returned without the placard and was able to cast her vote.”