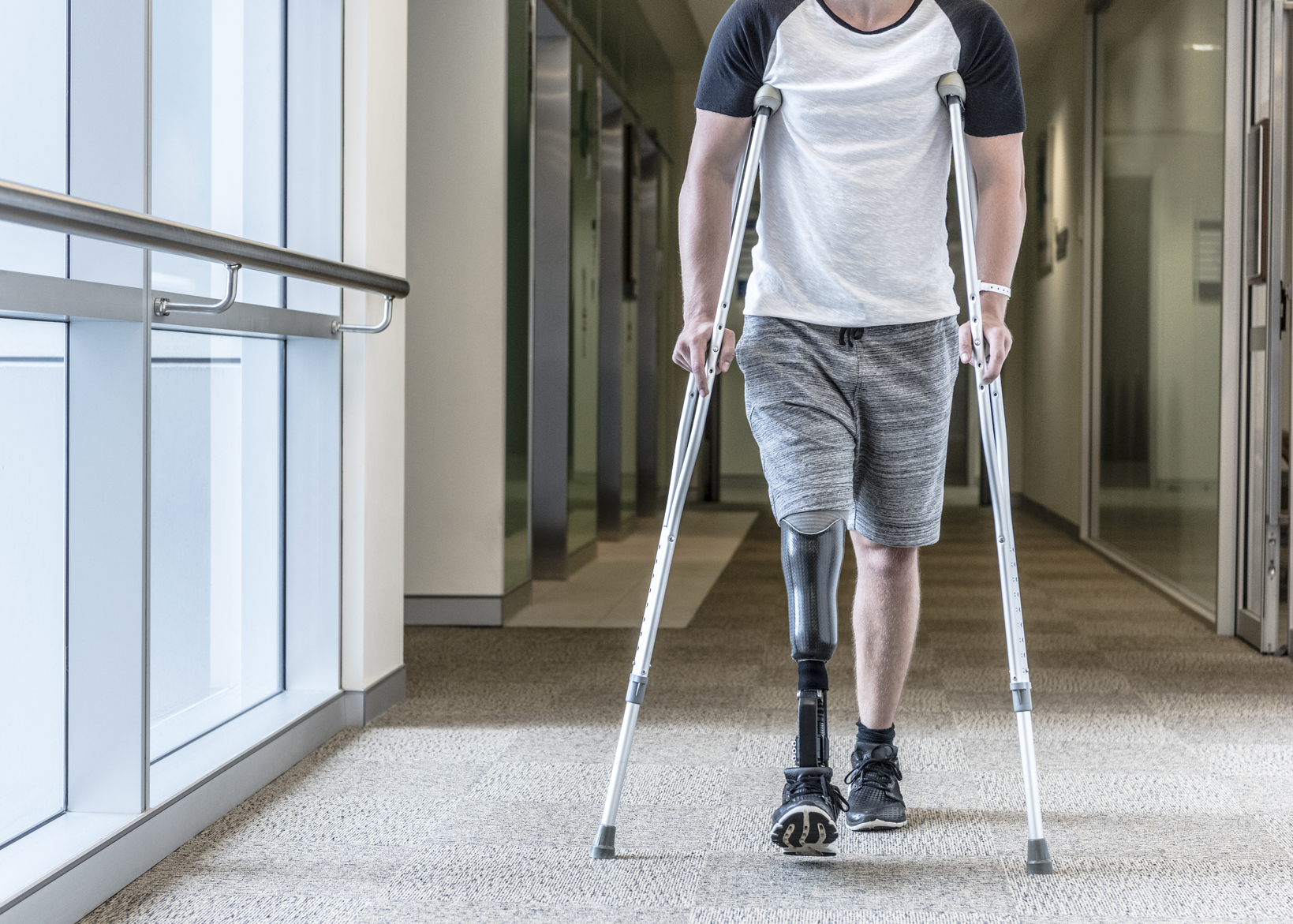 The world’s most intelligent prosthetic leg has been developed by British scientists.

Equipped with knee and ankle joints that constantly ‘talk’ to each other, it is able to adapt to its environment just like the real thing.

An array of sensors across the knee and ankle continuously collect data on their surrounding environment, and the terrain on which the wearer is walking or standing.

A central processor collects this information and uses specially developed software, called Mi² (Motion integrated intelligence), to adapt the position of the knee and ankle in response.

Dr Dame Sue Ion, chair of the MacRobert Award judging panel, said: “Blatchford has created the first ever integrated lower limb that behaves like a human leg, and produced a platform technology that signifies the beginning of the next generation of prosthetics.”

As well as gaining from the prestige of the award, Basingstoke based Blatchford received a gold medal and a £50,000 prize.

Professor Sayeed Zahedi, technical director at Blatchford, said: “We use a whole array of sensors to sense the environment, whether the person is standing, sitting, walking on the flat, going up or down a ramp, or up or down stairs.

Prosthetic limb wearers use a considerable amount of concentration and energy in just keeping steady whilst standing still. This can lead to lower back pain and hip problems.

So the limb, caalled the Linx, is designed to sense when the wearer comes to a standstill, and automatically lock in position. Then, when the user wants to move on, the sensors unlock the joints again.

By redistributing the load more evenly at the point at which the prosthesis meets the leg, the system also helps to increase the wearer’s comfort.

To fit a patient a clinician calibrates the limb’s central processor using a specially developed algorithm. This process allows the limb to learn and adapt to its wearer’s natural walking speed and style.

The calibration process is much quicker than those for previous robotic limbs, as the ankle and knee are able to continuously talk to each other, allowing the smart algorithm to adjust both joints simultaneously.

Where previously lower leg prosthetics wearers have had to plan their days meticulously according to the limitations of terrain they can tackle, the smart robotics in the Linx Limb system constantly monitor and adapt to the wearer’s movements and the environment, giving users much greater confidence and freedom.

Known for spotting the ‘next big thing’, every year the MacRobert Award is presented to the engineers behind the UK technology sector’s most exciting engineering innovation.

The Award, which is run by the Royal Academy of Engineering with support from the Worshipful Company of Engineers, has previously recognised technologies that have since become ubiquitous, such as the catalytic convertor and the CT scanner, which won the MacRobert Award seven years prior to receiving the Nobel Prize.

MacRobert Award winners are chosen by a panel comprising some of the biggest names in UK engineering who are all Fellows of the Academy, through the most comprehensive award selection process in the UK engineering sector.

“In doing so, it has created the first-ever integrated lower limb that behaves like a human leg, and produced a platform technology that signifies the beginning of the next generation of prosthetics.

“The Linx is helping patients throughout the world by empowering them with the freedom to tackle a much greater variety of terrains with confidence, and reducing the discomfort and costs associated with the problems of wearing prosthetics.

“The team behind this incredible innovation are true role models who show the positive impact that engineering can have on society.”