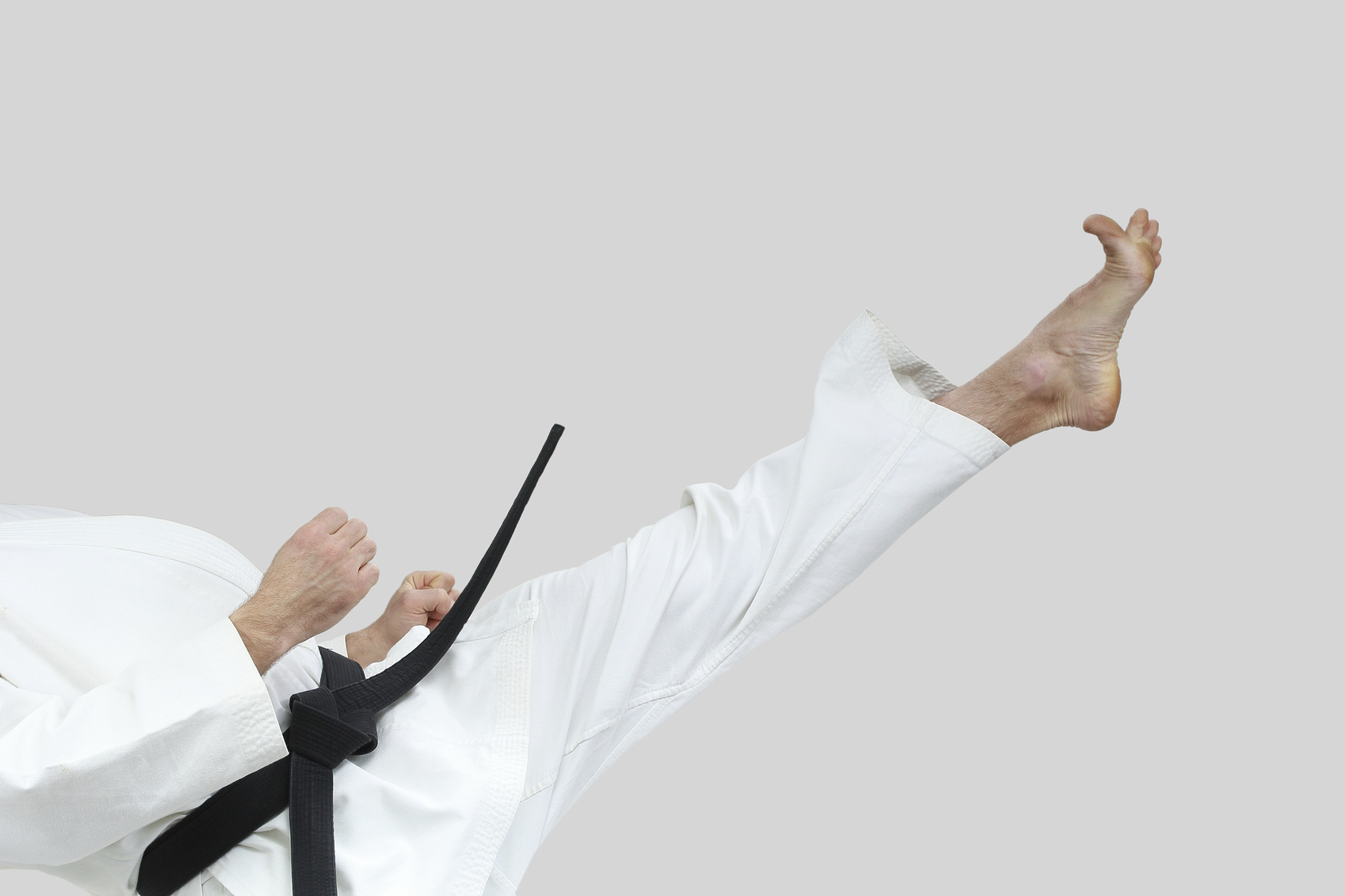 A taekwondo fighter has fulfilled his lifelong dream of becoming a Grand Master – and the first ever Scottish-based athlete to achieve eighth Dan status.

David Bailey was hooked on Bruce Lee movies as a youngster and thought he would never see the day he would be top martial artist.

But 40 years of practice have now paid off after he was promoted to Grand Master at a grading ceremony in South Korea.

The 54-year-old from Falkirk, founded Central Taekwondo Academy in Carronshore, Falkirk, in 1993, where he now trains 240 fighters.

After receiving the award, he said: “Being promoted to eighth Dan at the legendary Kukkiwon by three World Taekwondo Federation Grand Masters is a massive honour.

“I’m proud that 36 years of dedication to my sport have led to this amazing career highlight.

“For me, taekwondo is more than a sport. It’s a way of life, with integrity, perseverance, courtesy, health and happiness at its heart.

“I must also pay tribute to my teacher Grand Master Tong Wan Shin who has continually inspired me since I became his student in 1980.

“Along with my wife Angie he was with me in Korea for my grading and I owe him a huge debt of gratitude for his guidance.”

His wife Angie said: “He was so focused on the day of the test. He optimises all that he teaches.”

And Falkirk Provost Pat Reid was also full of praise for the local hero.

He said: “Grand Master Bailey is truly a Falkirk phenomenon.

“He has introduced hundreds of local people – especially children – to the exciting sport he so clearly loves, with obvious benefits to them in terms of behaviour, respect and discipline.

“In addition, David has brought huge credit to Falkirk District through his own outstanding achievements and those of his students over the years.

“I warmly congratulate him on this latest exceptional accolade.”

David, originally from Liverpool but now living in Larbert, was one of four taekwondo Masters who graded at the Kukkiwon.

The others cane from Ghana, Ukraine and England.

To pass his grading, David had to show excellence in a number of advanced taekwondo techniques.

He also had to write a lengthy thesis on a chosen topic – the importance of teaching taekwondo effectively.

David got into the sport after getting hooked on Bruce Lee films when he was 16.

After trying several martial arts he eventually got into taekwondo.

David said: “I remember at that time being in the London Underground and seeing a poster showing an eighth Dan in karate and thinking it would be impossible to ever get to that level… and forty years on, incredibly, here I am.”

David has 240 students at his academy who organised a surprise welcome for him when he got back from South Korea.

He said: “For the first time ever I was speechless. It was totally unexpected but a lovely moment.

“I hope it showed all our students, especially the kids, that you can achieve great things if you aim high.

“When I passed my grading, I felt emotional and on top of the world…but humble because in taekwondo there is always more to learn and higher mountains to climb.

“For example, I can apply for my ninth Dan in 2025 when I’m 63 and I’ve already started preparing for that event.”