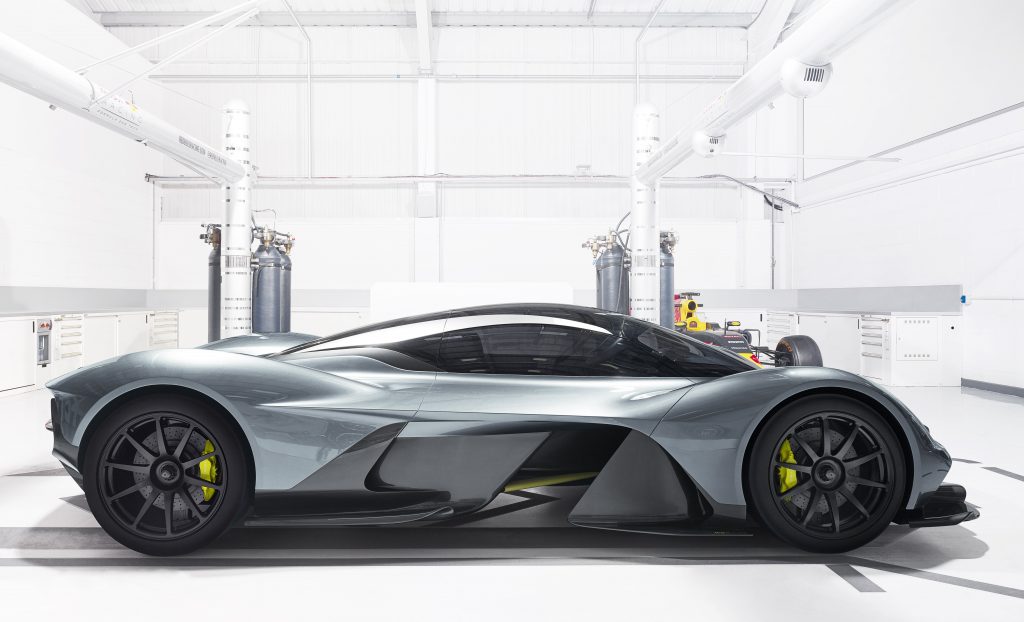 Aston Martin has unveiled one of the most ambitious vehicles in history – a road car set to be as quick as an F1 racer.

It is the result of a project between Aston Martin and Red Bull Racing, with both companies using their vast pool of knowledge to create a car that is “faster and better than anything ever built before”.

The hypercar will have a V12 engine and 1:1 power-to-weight ratio which means it will develop between 900bhp and 1,000bhp.

Aston Martin hasn’t revealed full performance figures yet but it is expected to be capable of 0-62mph in two seconds and hit a top speed in excess of 200mph.

It is rumoured the road-legal two-seater will be able to lap the Silverstone circuit in a similar time to the latest generation of F1 cars.

The car was unveiled in shell form at Aston Martin’s HQ in Gaydon, Warwickshire, with Australian racing driver Daniel Ricciardo pulling the covers off it after driving into the factory in his F1 car.

Aston Martin will build the car in Gaydon, with first deliveries expected in 2018.

The final name is still to be confirmed and just 99 to 150 will be built. The firm confirmed they have already had 370 people make serious enquiries about ordering one.

Red Bull Racing’s chief technical officer Adrian Newey, who is the most successful F1 designer in history, has been working with Marek Reichman, the man behind the best-looking Aston Martins in recent times, on the project.

He said: “The AM-RB 001 is a truly remarkable project and something of which I’m extremely proud.

“To have Aston Martin working alongside Adrian Newey, Red Bull Racing and the invaluable assistance of project partner AF Racing AG is an extraordinary creative collaboration.

“One that unites the very best of road and race car thinking.”

Adrian Newey added: “I’ve always been adamant that the AM-RB 001 should be a true road car that’s also capable of extreme performance on track, and this means it really has to be a car of two characters.

“That’s the secret we’re trying to put into this car – the technology that allows it to be docile and comfortable, but with immense outright capabilities.”