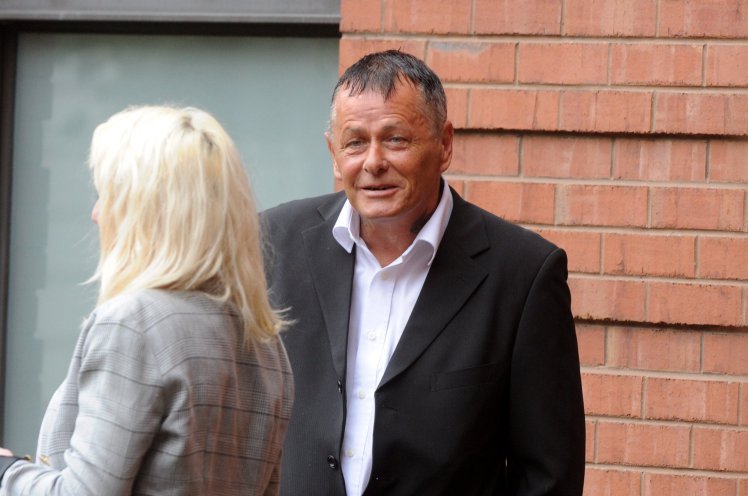 A drug dealer has been jailed for 12 years – meaning he’ll miss the birth of his TWENTY-EIGHTH child.

Tony Henderson, 53, was found guilty for his role as a “leading player” in a drugs ring, which sold crack cocaine, heroin and amphetamines.

Police raided Henderson’s home on June 29, where he was found with a “limited” amount of drugs in his possession.

After turning up at his house officers asked if he had anything to declare, he pointed to a pair of socks on the floor.

Henderson told officers the drugs were for his drug-addled partner Jennifer Dunn, 32, who he was trying to “wean” her off the drugs.

However evidence on the phones showed Henderson’s “truly breathtaking” lies.

He had six different numbers for a contact called “Mulla M8”, who arranged for a courier to get a train to Hull, East Yorks., while Henderson arrange travel to Hull from Withernsea, East Yorks.

Jayne Bryan, prosecuting, said: “It is clear that in the evidence this defendant was responsible for purchasing bulk commercial quantities of heroin and crack cocaine, because we know from the messages of June 2014, he travelled to Hull and collected two ounces of heroin and one ounce of crack cocaine.”

“I preface my sentencing remarks by this short observation: the lives of many individuals in our society are blighted by drugs. Class A drugs are particularly pernicious. Those who peddle drugs in the way you did must be punished severely.

“During the trial, you told many lies, indeed your dishonesty was truly breathtaking. The jury saw through your entirely bogus account.

“I’m told you have 27 children and another is to be born soon. You will be separated from them for a substantial period of time.”

Cathrine Kioko-Gilligan, mitigating, said her client cared for his elderly father and also suffered from epilepsy and depression.

Dunn, who is pregnant with Henderson’s latest child, pleaded guilty to two drug offences and will be sentenced on August 8.