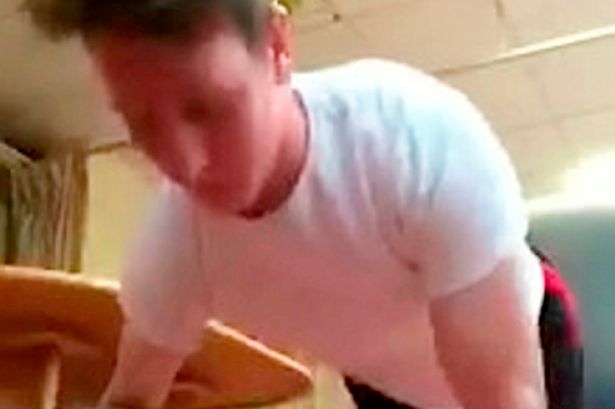 An inspiring online challenge for amputee British soldiers to film themselves doing push-ups to raise awareness about military suicide has gone viral.

Blesma – the British Limbless Ex-Service Men’s Association – helps past and present servicemen and women who have suffered life-changing injuries.

Members of the charity are now joining forces with veterans from the US after an American initiative called The 22 Push Up Challenge.

It was started in a bid to raise awareness of veteran suicide, after shocking figures revealed 22 US veterans take their own lives every day.

British servicemen have been asked to film themselves performing 22 push-ups every day for 22 days and upload the videos to Facebook with the hashtag #22KILL and #22PUSHUPCHALLENGE.

Every day a new person is nominated to take part in the challenge themselves.

More than 10,000 servicemen and women, both disabled and currently serving, in the
UK have completed the challenge notching up a staggering five million push-ups between them.

Former Royal Marne Captain Jon White, 33, was one of the first veterans to begin the challenge.

The triple amputee was blown up by an improvised explosive device (IED) in Afghanistan in 2010.

Videos on his Facebook page show Jon, who had both of his legs amputated, hauling himself onto a chair for support, before performing the push-ups.

After a series of videos sharing his experience, he completed the challenge on June 16 – the sixth anniversary of the day he was blown up by the Taliban.

The married dad-of-two, who lives in Tiverton, Devon, said: “I have hazy memories of what happened to me which come back in flashes.

“I wanted to get involved with this challenge and it was fitting for me to reach my 22nd day on the anniversary of when I was blown up in Afghanistan.”

Former Royal Marine Mark, 32, lost three limbs in Afghanistan when he stepped on IED in Helmand on Christmas Eve 2007.

He became the UK’s first triple amputee from Afghanistan after losing his legs and his right arm and admits he considered suicide shortly after being discharged from hospital.

Mark, who lives with wife Becky, 30, and their three children in Plymouth, said: “I did think about suicide when I got out of hospital.

“The military put my family up in a flat opposite and when I was discharged I went across to the flat.

“The wheelchair wouldn’t fit in the lounge where people were eating and chatting so I had to have my dinner on my lap in the hallway.

“That night I was getting ready for bed when I saw myself for the first time in a full-length mirror and I just had a fleeting thought of ‘I don’t want to live like this.’

“That’s as far is it went but I’ve known other people who have committed suicide.

“I knew one person who wasn’t injured but came back from Afghanistan only to find out his partner had cheated on him with someone else.

“It was too much for him and he killed himself.

“It is very important for me to be part of this challenge to raise awareness about providing the right mental health support and provision for servicemen.”

About 160 veterans have suffered above-knee amputations, including 116 who are also missing part of their second leg.