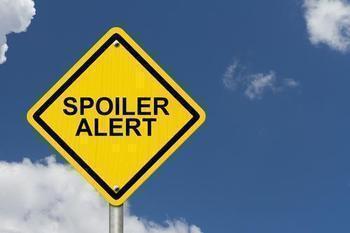 Halloween is a time of shocks, twists and frights, while it is common practice for people to try and trick their friends with devilish pranks.

In the age of social media, we are now seeing brands participate in this phenomenon, with ParcelsPlease.com having created an evil (but playful) service aimed at delivering plot spoilers directly to the door of unsuspecting recipients.

Customers who wanted to prank their friends simply had to contact the firm and share the name of the recipient and their favourite TV show, before a parcel featuring relevant spoilers in large lettering was dispatched through the post.

Funny, inventive and fiendish in equal measure, this prank will live long in the memory of those who experienced it. But does it also tell us something about the relevant of the postal service in the digital age?

Halloween fun – but are parcel services also delivering a message?

Even if you were on the receiving end of one of these parcels, you cannot help but marvel at the hilarious and creative nature of the prank. It was also an effective Halloween trick too, with an estimated 64% of Brits admitting that plot spoilers ruin their enjoyment of TV shows.

Unsurprisingly, Game of Thrones (or GoT to you and me) is the show that suffers the most from plot spoilers, particularly with each episode dissected in in real-time through Twitter and similar social media channels.

Beyond this playful Halloween service, however, there is arguably a wider message being shared about the much-maligned postal service in the UK. This industry, which has largely been written off in the age of digital media and email, has continued to evolve by changing its core areas of focus, while more recently we have seen the most innovative brands look to establish themselves as disruptive forces.

The key focus here is relevance, as postal companies look to tailor their services to suit demand (by focusing on the delivery of large-scale, international parcels) and also carve a niche alongside social and digital media channels. ParcelsPlease.com’s recent initiative is the perfect embodiment of this, as it ties into to the real-time nature of sites such as Twitter and on-demand viewing services like Netflix.

In fact, this Halloween prank goes beyond simply positioning the postal service as an increasingly relevant and cutting-edge entity. It also took significant strides towards disrupting on-demand television platforms and streaming services, by issuing spoilers through a traditional and often derided medium.

This certainly highlights how the evolving postal service has the capacity to disrupt even the most advanced technology, while on a more fundamental level if shows that creative and strategic thinking can help traditional service providers to thrive in the digital age.

This, for some, will arguably come as the greatest Halloween shock of all.