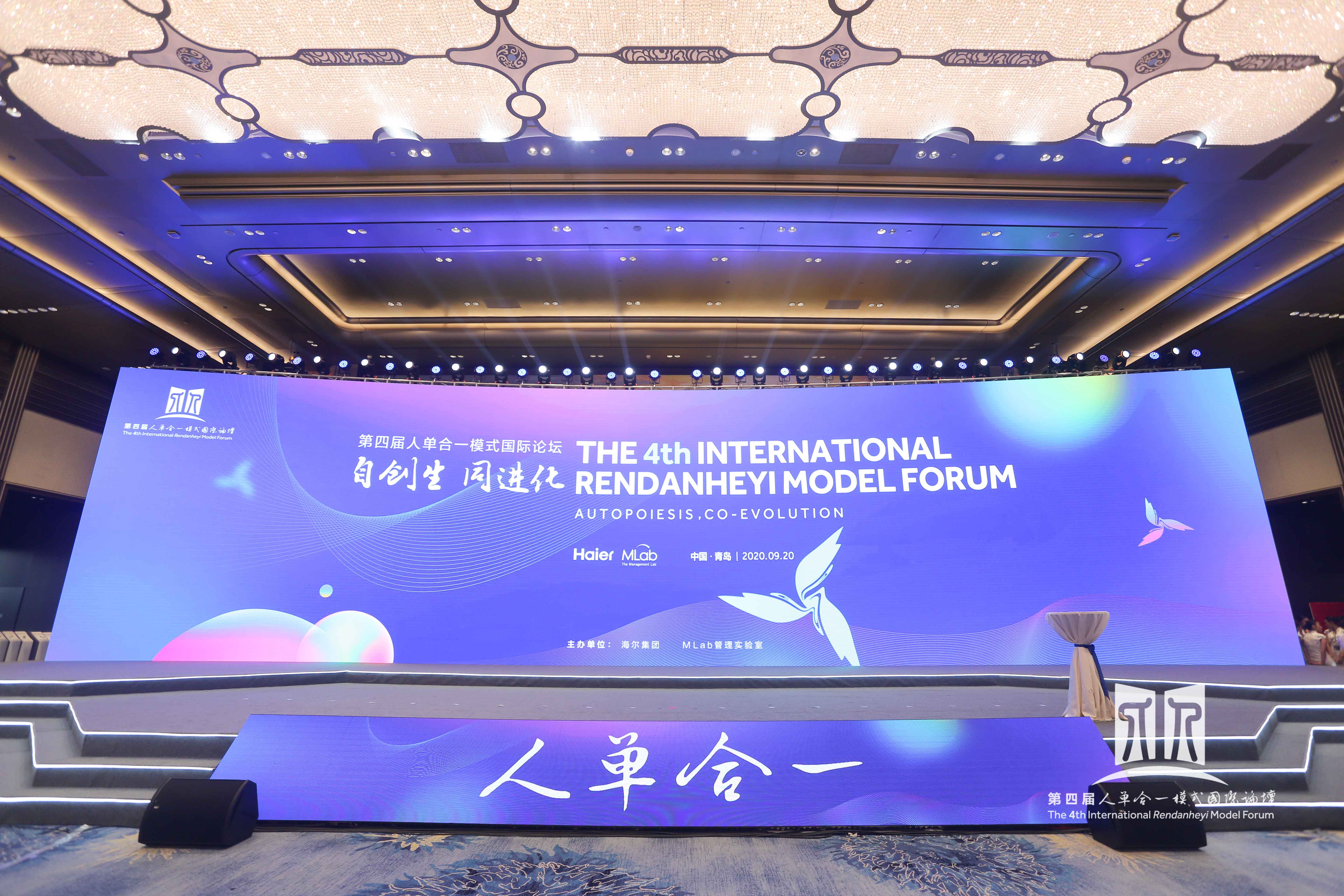 Fifteen years after the founding of Rendanheyi model, an innovative business model brought up by Haier’s top leader Zhang Ruimin, industry leaders and experts gather on Sunday to discuss how the model has evolved over the year and adapt to the current Internet of Things era.

Held in Qingdao, Shandong, also where the Chinese electrical appliance giant headquarters in, the 4th International Rendanheyi Model Forum features keynote speeches by Zhang and other recognised experts and scholars, the release of Rendanheyi-related academic achievements and the certification system of the Rendanheyi scorecard, roundtable discussions and the award ceremony of the Rendanheyi medal.

This year’s event is themed “Autopoiesis and Co-evolution”, which highlights the model’s capability both to achieve self-growth, self-development, decentralisation and disintermediation, and to create an ecosystem where all parties can achieve joint evolution.

“We are creating an ecosystem that continues to iterate and evolve and provides added value to users,” said Zhang in another recent forum event examining the Rendanheyi model.

The model highlights the human-centric philosophy. It creates a dynamic and open organisational system by encouraging entrepreneurship and empowering every department to operate like a micro-enterprise.

The model initiated by Zhang “started small, but grew over the years into ever more clearly defined entrepreneurial roles for everybody in the organisation,” said Bill Fischer, professor of innovation management at IMD, during the opening ceremony of three-day Rendanheyi Boundaryless Network Opentalk 2020 held this week.

Instead of only putting shareholders first, through the new model, “we are looking at each and every individual’s creation of value and really putting humans first,” said Zhang.

“By constantly enhancing user experience and understanding their new needs, we are playing an infinite game that cannot be replicated,” he said.

“So what happens is you start to bring the customers in to a shared process of regeneration,” said James Moore, renowned scholar and founder of the business ecosystem theory, about Haier’s model.

The revolutionary Rendanheyi model is not only wide-recognised by scholars, but is proved efficient through Haier and other enterprises’ success following the same model.

“From a provider of cryogenic storage equipment to a service provider of biosafety scenario solutions in the IoT, the root of such transformation is the iteration of users requirements,” said Liu Zhanjie, General Manager of Haier Biomedical, a laureate of the first Zero-Distance Award for their user-centric approaches.

Presented by the Business Ecosystem Alliance, an international organisation committed to jointly discovering and researching, practicing and communicating business model and organisational model adapted to the development of the era, the award recognises nearly a dozen business leaders and industry giants for standing out in keeping a “Zero Distance” to end-users and constantly creating value for users through innovative and customised solutions.

“It is a continuous development for Haier Biomedical to iterate scenario solutions based on users’ needs,” said Liu.

“While Rendanheyi has shown us the way to navigate through COVID-19, zero distance has unlocked business opportunities that are propelling GEA success and growth,” said Kevin Nolan, President and CEO of GE Appliances, also a laureate of the award.

The series of events, online and offline forums, discussion sessions and award ceremonies, are part of collaborative efforts by experts and scholars to develop a canvas, a common framework and vocabulary for people practicing and researching about the Rendanheyi model, according to Fischer

“Once again, the shared vocabulary, these canvases. All of these things are really important for building a movement,” said Fischer, who called Rendanheyi “the inspiration for all these initiatives” that addresses organisational transformation in today’s business world.