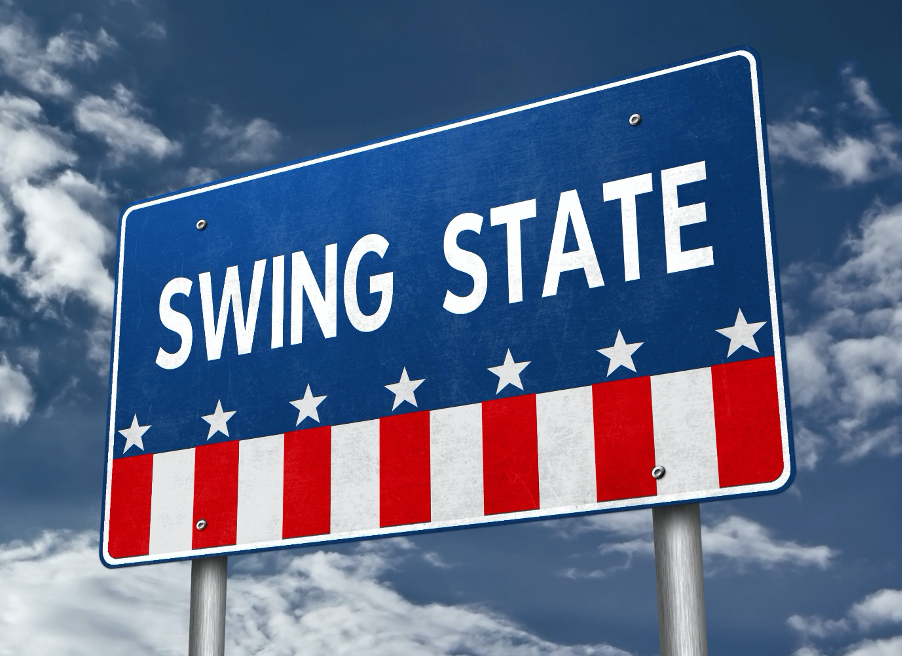 The 2020 US presidential election is fast approaching, and it looks set to be a close one with very little separating President Donald Trump and his Democratic challenger Joe Biden in the American Election betting odds. The pair have been trading verbal blows in the run-up to the upcoming presidential debates which take place throughout September and October.

One area that will have a key impact on the result of the election is the swing states – those states in which it is not always clear whether they will vote for the Republican or Democratic nominee. We’ve put together a list of six states that will be key in deciding the final result of the election. Each of these states played a big part in Trump getting elected in 2016, voting for Trump despite all of them having voted for Obama four years prior. Read on to find out more.

2016 marked the first election since 1988 where the Republican candidate won the state. Trump won around 11,000 more votes than opponent Hillary Clinton to take a surprise victory and 16 Electoral College votes. It will be interesting to see whether Trump can defend his win in Michigan this time around, or if the state revert to its more familiar modern voting habits.

Pennsylvania is another state with a large number of Electoral College votes (20) and in 2016 it was a very similar story to Michigan, with the state voting for the Republican candidate for the first time since George H.W. Bush in 1988. This year the swing states with the large numbers of Electoral votes will be critical in determining whether it is Trump or Biden who takes the White House.

The fact that Trump won in Wisconsin in 2016 was even more surprising than his victories in Michigan and Pennsylvania. Before that, you have to go back to Ronald Reagan in 1984 to find a Republican candidate who won the popular vote in Wisconsin, proof of the major shake-up Trump brought to the nation in his 2016 presidential campaign. It will take a similarly concerted effort to repeat the trick this November, with Biden hoping he can restore the state’s recent Democratic voting trend.

Florida was one of the major wins for Trump in 2016, and it was when that result was revealed that the world woke up to the fact that Trump was indeed going to be voted into office. Florida’s voting history is considerably more even than the aforementioned states, but Obama had won in both 2008 and 2012, so it was still a surprise to see Trump come out on top. With a considerable 29 Electoral votes on offer, the Sunshine State will have a major part to play in 2020.

One of the smaller swing states in comparison with the big hitters already mentioned, Ohio is still an important state to win in order to win any US presidential election. Again, Ohio voted for Obama twice, but then Trump won in 2016 to gain the state’s 10 Electoral votes and set himself up for a famous victory against Clinton. It will be one of the key states Biden targets as he seeks to beat Trump this November.

Last on our list of six is Iowa, another state which went for Trump after Obama had won there in 2008 and 2012. With only six Electoral College votes up for grabs, it may not prove as influential as some of the larger swing states, but if the 2020 election ends up as close as many are predicting it to be, Iowa could have a major part to play.