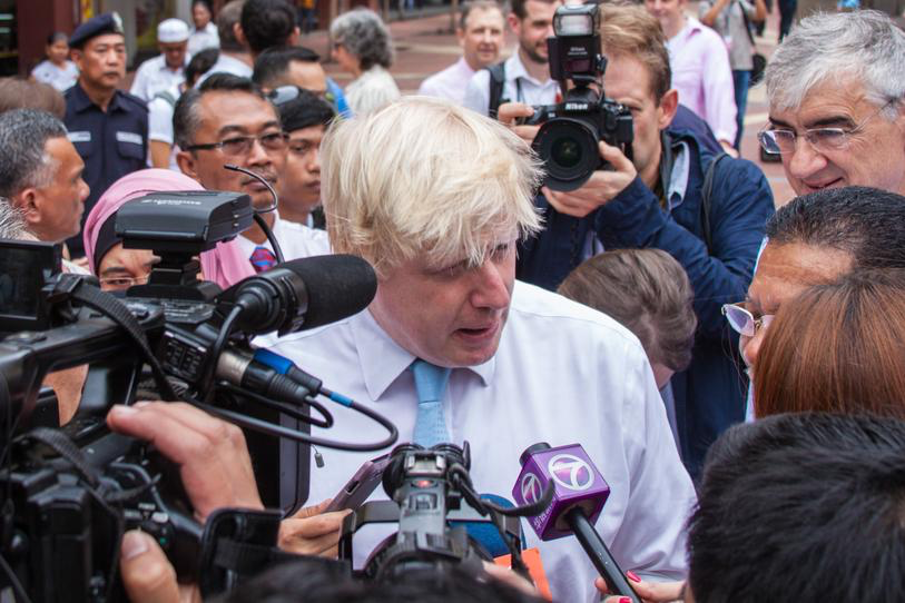 Prime Minister Boris Johnson recently renovated the Downing Street flat and the controversies started to begin from the day when Boris Johnson’s former advisor put allegations on the flat renovations. The flat renovation assault against Boris Johnson was started by Dominic Cummings, challenging his “competence and honesty.” While saying that, Cummings also claimed that Mr. Johnson once said that he had a ‘maybe illegal’ donor scheme to pay for the Downing Street renewals. Questions regarding the cost of renovations have been circulating since the news broke out. People are wondering that if Prime ministers are entitled to receive an annual grant of thirty thousand pounds from the Crown to redecorate the Grade I-listed building then how the cost of renovation crossed two hundred thousand pounds. Moreover, a leaked email has now exposed the donation to the soon-to-be-formed Downing Street trust of £58000 from Tory peer Lord Brownlow. Johnson has since stated that he has paid for it himself.

Why did Boris Johnson renovate his flat?

Boris Johnson lives with his fiancé Carrie Symonds in a four-bedroom flat having a fitted kitchen in its basement. Recently his fiancé wanted to renovate the interior of the flat. Boris Johnson and his fiancé Carrie Symonds wanted to rid themselves of the old “Theresa May furniture” which she left behind in Downing Street’s flat. Symonds wished to transform the flat from ‘John Lewis nightmare’ to a ‘high society heaven’ as she was inspired by Lulu Lytle, one of the most loved smart designers.

Initial news reports indicate the Downing Street flat appears to be covered in Persian rugs, with a creamy-colored wall with a gold chandelier. However, before the recent building renovations, the building was assumed to be almost the same as David and Samantha used to live there. It was stated that when the Prime Minister announced that she was leaving office that she had only bought a few statement pieces of furniture for the new house. According to the Evening Standard, these consist of a £100 Lewis chrome table lamp and a Habitat table selling for £195. Additionally, a red three-seater sofa and a £42 rose-scented Diptyque candle are reportedly included. Carrie Symonds bought furniture and interiors for the new kitchen and other rooms from a designer brand and had a wallpaper that cost 800 pounds a roll.

A columnist Rafael Behr has noted that, from the outset, there have always been informal cliques and Kitchen Cabinets in No 10. The problem now is on an unprecedented level that he has never seen before.

How did the Prime minister respond?

After the news broke out, Boris Johnson’s response was not satisfying. Instead of fully explaining the source of funds by which the expenses were met for renovation, he said that he personally covered the cost and met the requirements that he has been advised to. He avoided answering whether someone paid initially for the renovation. In an interview with a news channel, Prime Minister Boris Johnson said, “I think that what the people want this government to do is focus on their priorities.” He also said that the people love this type of controversy but the government is focusing on the well-being of the people. He added that the government is focusing on education, crime, and all other issues that matter.

Response of the supporters

Minister of Cabinet Lord True told the House of Lords on 23rd April., 2021, that the Prime Minister has personally met all the costs of wider renovation this year.

Secretary of state of International Trade, Liz Truss, told in an interview to BBC News that the prime minister himself paid for the expenses and that the work has been fully declared.

Criticism by the opposition

On the issue of flat renovation, a Labour Leader Keir Starmer said that “whether it’s the refurb of number 10 or whether it’s the dodgy contract with the privileged access, if there’s nothing to publish everything has a full inquiry because sunlight is the best disinfectant.”

Ian Blackford- A leader from Scottish National Party, said that as long as Boris remains out of sight and refuses to take responsibility, the odorous scandal around him and his administration grows. He further added that Boris Johnson must come to Parliament now and respond to these tough questions for himself instead of hiding behind Tory ministers.

An investigation by the Electoral Commission.

After watching the situation getting out of control and due to high pressure from the opposition, the Electoral Commission initiated a formal inquiry into how Boris Johnson financed renovations of his Downing Street home, which said that there could have been “reasonable grounds” to suspect multiple offences. After a week of talks between the Electoral Committee and the Conservative headquarters, it said it would examine “whether any transactions about the works at the fall of 11 Downing Street” may have fallen short of the legal reporting standards for donations.

Questions are increasingly being asked about the source of this money, but you might think to approach somebody and ask them if you were in a desperate circumstance like this: “Who can I beg or borrow from?” We see homeless people living in various cities every day and are constantly worried about where to find food and shelter, but forget them because the prime minister has some interior design issues in his flat.

This country has long purported not to have classes, but the example of John Lewis’s values serves as a reminder that most can never comprehend this attitude no matter how much we work. Some people think John Lewis is inconvenient; some people consider him to be a staple. But this is an institution for both of us.

Many families in our country grew up buying sofas from those stores so they could pay the total price, and we could be lucky that we didn’t have friends with such expensive tastes who threw out the John Lewis furniture from the kitchen and the flat.

The truth has yet to be known, but the debate over the issue in between the MPs will go on for several days. Whether the inquiry reports come in favor of the Prime minister or not, the credibility of Boris Johnson has been lowered than before.