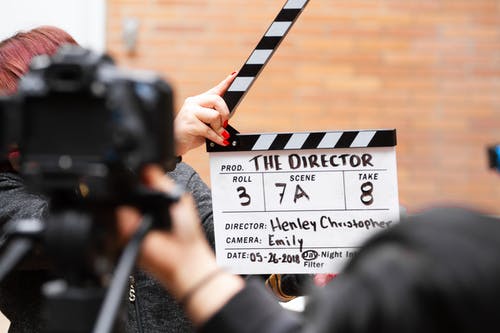 Entertainment investment has the widest variety of options. Since this direction has many industries that can be used for capital investments and various degrees of risk, it is suitable for both beginners and experienced players in the market. The most important thing is to have an understanding of what affects this or that industry, the rules of the game in the market, and how all this together can bring potential profit.

If single out a certain entertainment industry, which has a large number of options for using capital to multiply it, it can be considered the movie industry. Films have hundreds of millions of fans around the world – from single projects to franchises that include dozens of movies. This variability allows those wishing to use their capital to try many options. The investors’ entry threshold is limited only by the amount they are willing to use. The further choice depends only on the potential risk and market knowledge.

And talking about the knowledge of this industry, it is very important to carry out a detailed analysis and study everything to the last before investing in any project. Large investment companies like JKR understand this most of all, thanks to which they find perfect options for maintaining partnerships. So any investor who is ready to give money for the benefit of art and profit should understand all the intricacies of the film industry and how to turn it into an ideal source of income.

Features of investing in the movie industry

Before making an investment in a movie, it is needed to understand that such an investment is like a medal with two sides. On the one hand, there is the fact that people are always in search of entertainment, which means that films are always in demand, even if they are already decades old. On the other hand, to have such popularity, such a movie project must be of high quality, otherwise, it will not be appreciated either by critics or by the public, which can lead to losses.

Therefore, it is important for an investor, before giving his money, to understand how high the likelihood is that the movie project will be successful. It depends on many factors. First and foremost, it’s a script that needs to be engaging and audience-focused. Also, important factors are the experience of the producer and the cast of actors, since the final quality of the project will depend on the production and level of the game. Thus, having studied all the details, the investor will understand the degree of risk and the likelihood of whether he will be able to make a profit.

The best ways to invest in movies

Instead of investing directly in a film, an investor can purchase shares in a large company that produces films. This, of course, will not bring so much profit, but it will reduce the likelihood of risky situations.

Ideal for investors who are willing to invest rather small amounts. Crowdfunding sites have a detailed description of the future film and cast of actors, which can attract many investors. In this case, it is possible to get a fairly large profit without the need for serious investments.

Independent cinema has grown in popularity over the past decades, gaining loyal fans and even its film festivals. Investments in independent cinema can be considered comfortable, since when a film is under development the budget reaches rather low maximum amounts, which, coupled with a good idea and correct implementation, can bring a profit that is tens of times higher than the initially involved capital.