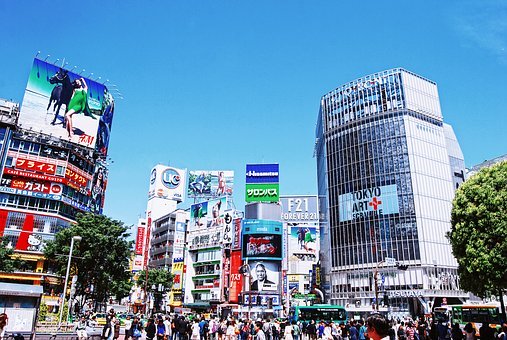 It’s fair to say brands within the automotive sector are always one step ahead when it comes to public displays and advertising. This industry leads the way with thought-provoking television adverts to social media campaigns and usually. Even with big budgets behind the marketing campaigns, automotive companies still utilise traditional advertising methods such as the billboard.

Many car brands have had a successful relationship with billboard advertising. Findings indicate that it all started in the early 1900s, when the Ford Model T was a focus promotional product for the company and captured the attention of the world. In our current digital age, online advertising is often favoured but billboards still play a significant role in building brand awareness.

Aside from their major popularity, billboards can definitely increase ROI. We investigate further…

Advertising your brand has never been more crucial, as markets are becoming more competitive than ever before. Each day, people in the UK spend 16 minutes in the view of advertisements. By having a strategically placed billboard, you will definitely capture their attention.

When you initially hear about billboard design and printing, it can seem like a lot of hard work. However, there’s little complexity when it comes to their creation!

The automotive industry has witnessed astonishing results over the years too. Research carried out by Primesight discovered that over 50% of customers admitted that they are more likely to have purchased a car after they saw out-of-home advertising.

This can help your digital objectives too, 17% of customers are more likely to interact with a brand through their smartphone device because; of outdoor advert.

If you’re unable to design a thrilling billboard, you’ll find it hard to persuade people to convert. With the automotive sector being highly competitive, you need to find the right placement for your advertisement — such as the roadside.

Many brands select billboard advertising because of the big space. Studies have shown that people only recall 10% of the information that they hear three days later. By focusing on visuals, this figure can increase to 55%.

For your image, consider something out of the box that doesn’t stray too far away from your main message. You have a lot of room to use when it comes to the design, so be as creative as possible!

You must ensure that the right information is present on your billboard. Clear information with bold, contrasting colours will stay in people’s minds longer. This can be achieved by picking the right designer if you don’t have one in-house.

To choose the right person for the job, look for:

It’s important to strike a balance though – between design and placement. If you’re using a billboard near a fast road, there’s no point in having a lot of text as drivers won’t be able to read it entirely. Once you’ve selected your location, come up with a realistic copy length that people will be able to read when they’re passing.

Alternatively, you could convey the right information with a single image and a few punchy words. When it comes to deciding whether this will be a localised campaign, you could consider using images of local landmarks on your advertisement to add a personal touch.

If you’re looking for further advice for your next automotive advertisement, a review of 6,500 adverts found that the funniest were most memorable. If you already have billboards in place, have you considered outdoor banners?

Article researched by Where The Trade Buys, offering a quick and professional PVC outdoor banner printing service, for both large and small businesses.